For the first time in years, fishermen were allowed to keep one walleye on Lake Mille Lacs, depending on size. Resort owners are mixed on whether it made a difference. 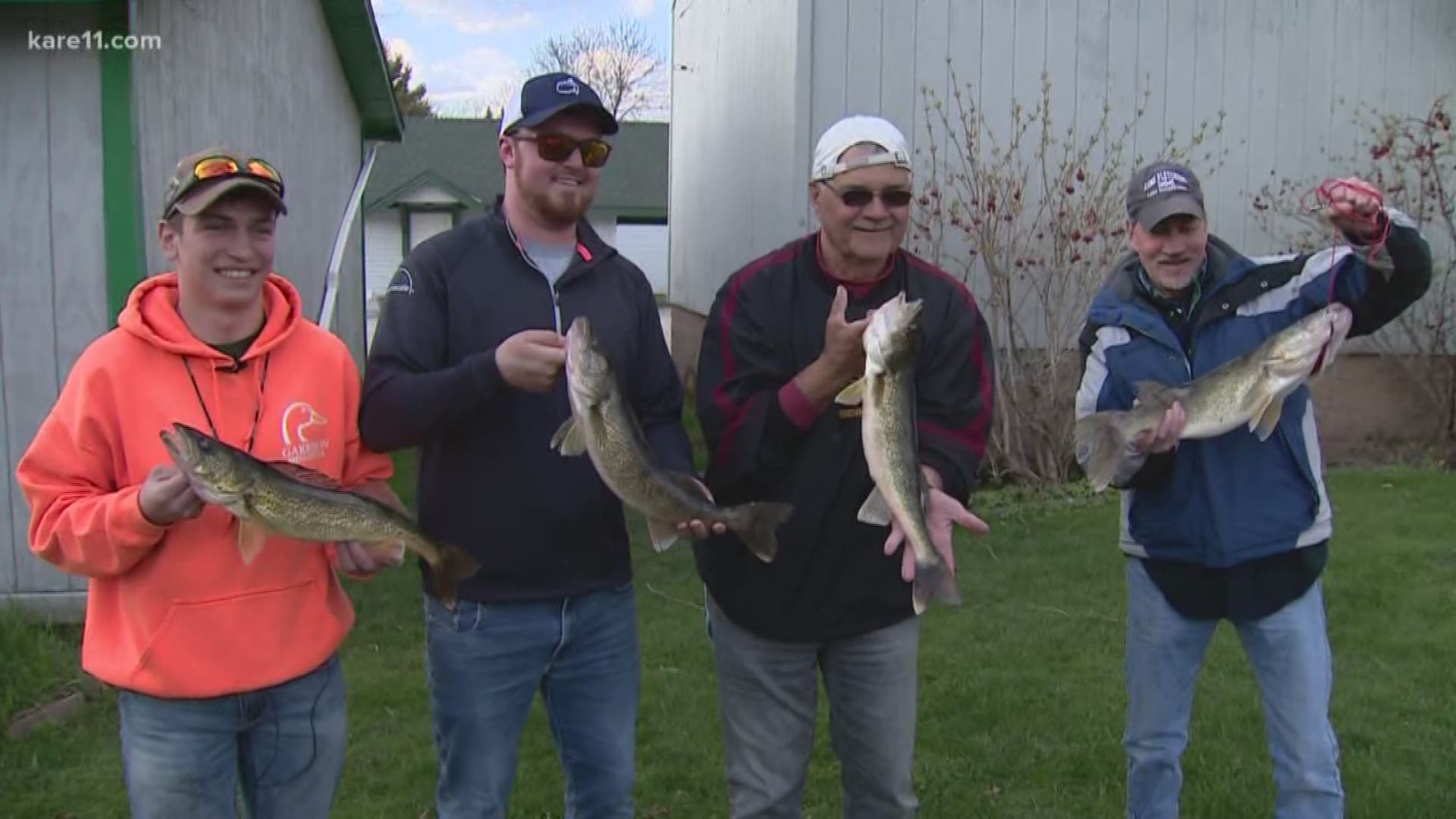 GARRISON, Minn. — On Lake Mille Lacs, being able to keep one walleye is especially rewarding when you land a monster like the 28-incher Linda Hancock from Edina caught.

"He's going to get mounted and probably have a name at some point," Hancock laughed.

This 28-incher is actually the first real fish Karen Hancock has ever caught.

"In 'Legend of Zelda' I have caught many many fish. Virtual fish," she joked.

The DNR's rule change this year, which allows fishermen to keep one walleye as long as it is between 21-23 inches or over 28 inches, is part of what made the fishing trip alluring to Hancock.

Twin Pines Resort owner Linda Eno said it seemed like more people were on the lake for fishing opener weekend as a result.

"The number boats you saw in the launches, and in the bay, it definitely helps," Eno said. "But this is just a temporary band-aid."

The relaxed rules are just short term. You can keep one Walleye on Mille Lacs until the end of May. But starting June first, the lake goes back to catch and release.

Eno says it's hard to say if those three weeks will make any real difference in business, which she says is down as much as 50 percent in recent years.

"Nobody's rushing in to say, for the first three weeks we're coming because of that," Eno said.

Other resort owners like Steve Kulifaj said he didn't believe the one-fish rule made any difference from last year, because it's too small of a number to entice what he calls "meat hunters."

But on this weekend at least, the rule change put smiles on the faces of Hancock and the rest of her party.