Fire officials said they aren't sure whether fireworks or something else started the blaze, but dry weather was "definitely" part of the equation. 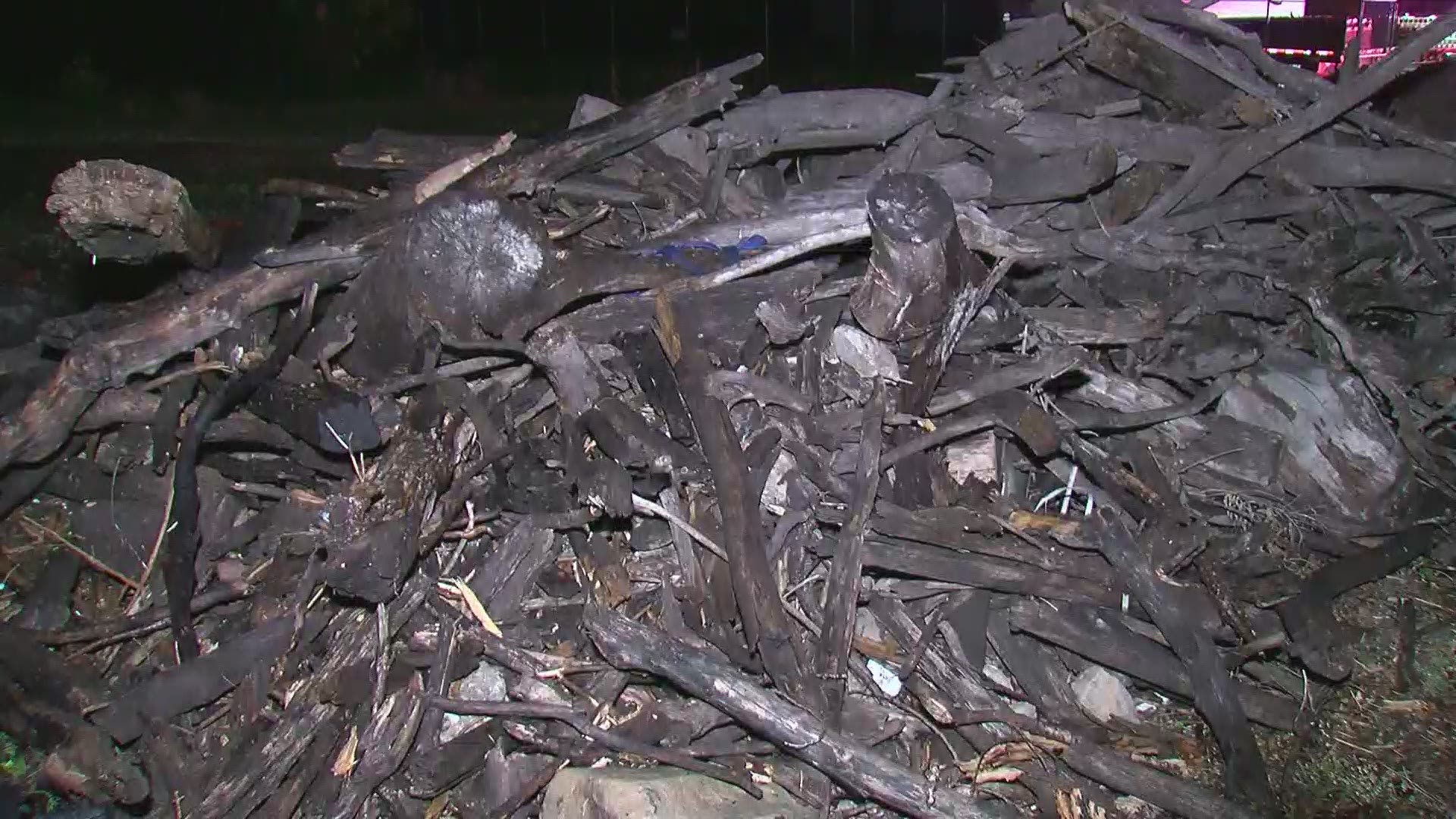 MINNEAPOLIS — Firefighters said they aren't sure what caused a blaze near the Stone Arch Bridge overnight Saturday, but it could be related to fireworks and dry weather.

Crews were set up in advance for Minneapolis's Aquatennial fireworks as usual, Battalion Chief Steve Dziedzic said. Just before 1:30 a.m., a call came in about a large fire near the Stone Arch Bridge.

Dziedzic said a large pile of old tree limbs on an island near the bridge caught fire and "basically turned into a monster campfire." The fire was tall enough to get close to main powerlines and took crews more than an hour to subdue. No injuries were reported.

Dziedzic said the limbs could have smoldered for hours before the fire started. The cause isn't certain.