Fire officials: 1 hospitalized after 'unconfirmed report of ricin' in Minneapolis

The Minneapolis Fire Department says they were called to the report of a hazardous substance at 515 14th Avenue SE. 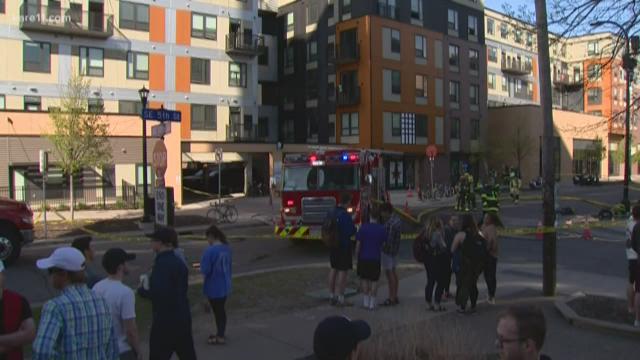 MINNEAPOLIS — One person was hospitalized after an "unconfirmed report of ricin" at a Dinkytown apartment building, according to the Minneapolis Fire Department.

Minneapolis Fire says crews were called to 515 14th Avenue SE Tuesday afternoon on a report of a hazardous substance.

Residents were allowed back into the apartment late evening Tuesday.

The apartment in the original incident has been secured and was being guarded by the Minneapolis Police Department overnight. Wednesday, police told KARE 11 that the FBI is now in charge of the investigation.

The fire department tells KARE 11 that one resident was transported to the hospital.

According to the CDC, ricin is a poison naturally found in castor beans, and if chewed and swallowed it can be dangerous. But it can also be in the form of a powder, mist or pellet.

Within a few hours of inhaling ricin, a person would likely have trouble breathing, fever, cough and nausea. It can ultimately lead to death.

The CDC also says there is no antidote for ricin, which is why it's so important to avoid exposure to it.

The apartment building, called The Marshall, describes itself as "off-campus housing." It's located right on the edge of the University of Minnesota campus.