Crews were able to quickly knock down a towering blaze Tuesday morning. 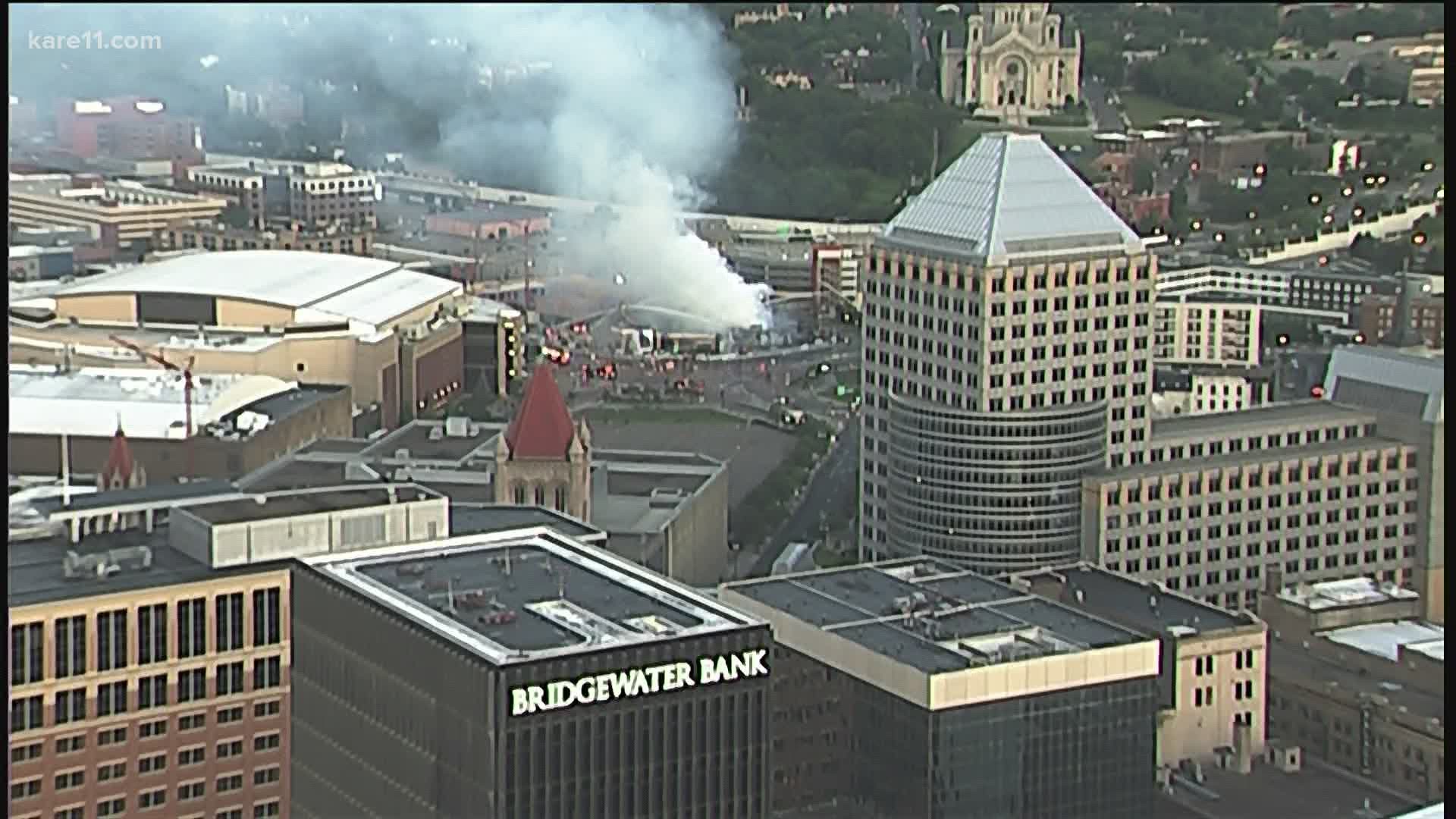 ST PAUL, Minn. — A massive fire raged in downtown St. Paul Tuesday morning, visible from the I-94 traffic cameras, and for miles around.

Fire crews were called to a construction site in the 200 block of Smith Ave. North, near the Xcel Energy Center at 4:20 a.m. Assistant Fire Chief Matt Simpson says due to the advanced stage of the fire, crews were forced to immediately take a defense posture and fight it from the outside.

Ladder trucks were brought in to mount an aerial attack, and try to protect nearby buildings from starting on fire. Simpson says a number of those buildings suffered exterior damage from the intense radiant heat created by the fire, but none actually burned or suffered apparent structural damage.

The blazing inferno closed roads in the area for several hours Tuesday morning, including major on-ramps for both I-94 and I-35. The fire was so large that people posed pictures on social media of charred embers that had traveled for miles and miles.

The site was being developed by the Bloomington-based Kaeding Development Group. The Kaeding website details plans for a five-story, 120-unit Courtyard by Marriott hotel at the site, along with a 144-unit luxury apartment project and 40,000 square foot pedestrian plaza.

While the hotel site appears to have been destroyed, Simpson says the apartment development appears to be OK, but structural tests will have to be performed before construction resumes.

Crews responded to a fire at a construction site near the @XcelEnergyCtr downtown @cityofsaintpaul at 4:20am. Firefighters fought the fire from the exterior because of the advanced stage of the fire. No injuries have been reported. The fire is under investigation. pic.twitter.com/kp0ofUZI2d