Thirty-three St. Paul firefighters were able to receive the new gear through SHIELD 616, and the goal is to equip the entire department. 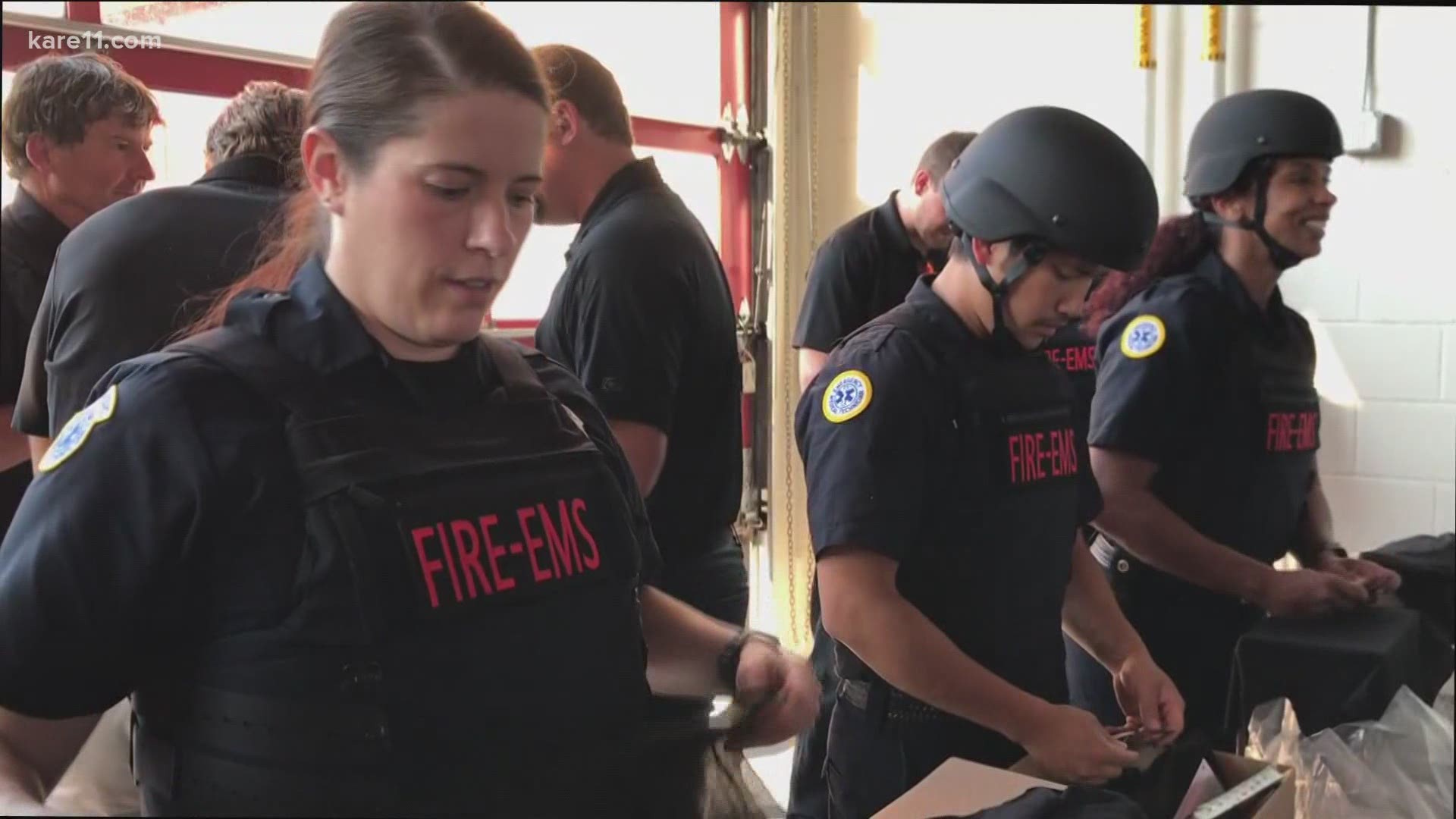 ST PAUL, Minn. — We all know being a first responder can be a dangerous job, but some firefighters are now dealing with new safety concerns.

"It's a dangerous job but it’s a very rewarding job," said Cpt. Tom Beaver, with the St. Paul Fire Department.

It’s a responsibility the men and women of the St. Paul Fire Department don’t take lightly. Being one of the first to respond during emergencies.

A critical part of that response effort is being equipped with the proper protective gear to keep those who risk it all on our behalf safe.

From structure fires to mass shootings, fire fighters are there.

"They’re coming to treat those victims," said Jake Skifstad, Founder of SHIELD 616. He went on to say, "our firefighters, our paramedics, a lot of them don’t have anything - not even a soft vest.”

Which is why Skifstad is making it his mission to supply fire departments near and far with an added layer of protection at a time when violent crimes are at an all-time high.

"In Colorado Springs, where I'm from, we’ve actually had a couple situations where there was a shooting the firefighters were there treating the victim and the shooter was still on scene but they didn’t know where and that shooter started shooting at firefighters," said Skifstad.

Each ballistic helmet, vest and red line Bible are made possible through donors, and for Cpt. Beaver, those donations are personal.

"Having this vest…is putting together a wish that my mom had before she passed," he said. "She had asked for memorials for her to be in SHIELD 616's name so that the men and women of St. Paul Fire could be protected with vests. It was her last dying wish.”

A wish to protect those who protect us.

"We just want to help give them as many tools as possible," said Skifstad.

However, for Cpt. Beaver, it's an added layer of protection from above.

Thirty-three St. Paul firefighters were able to receive the new gear through SHIELD 616, and the goal is to equip the entire department.