Sloane Martin will be the radio play-by-play broadcaster for the Lynx. Here's why that's a big deal. 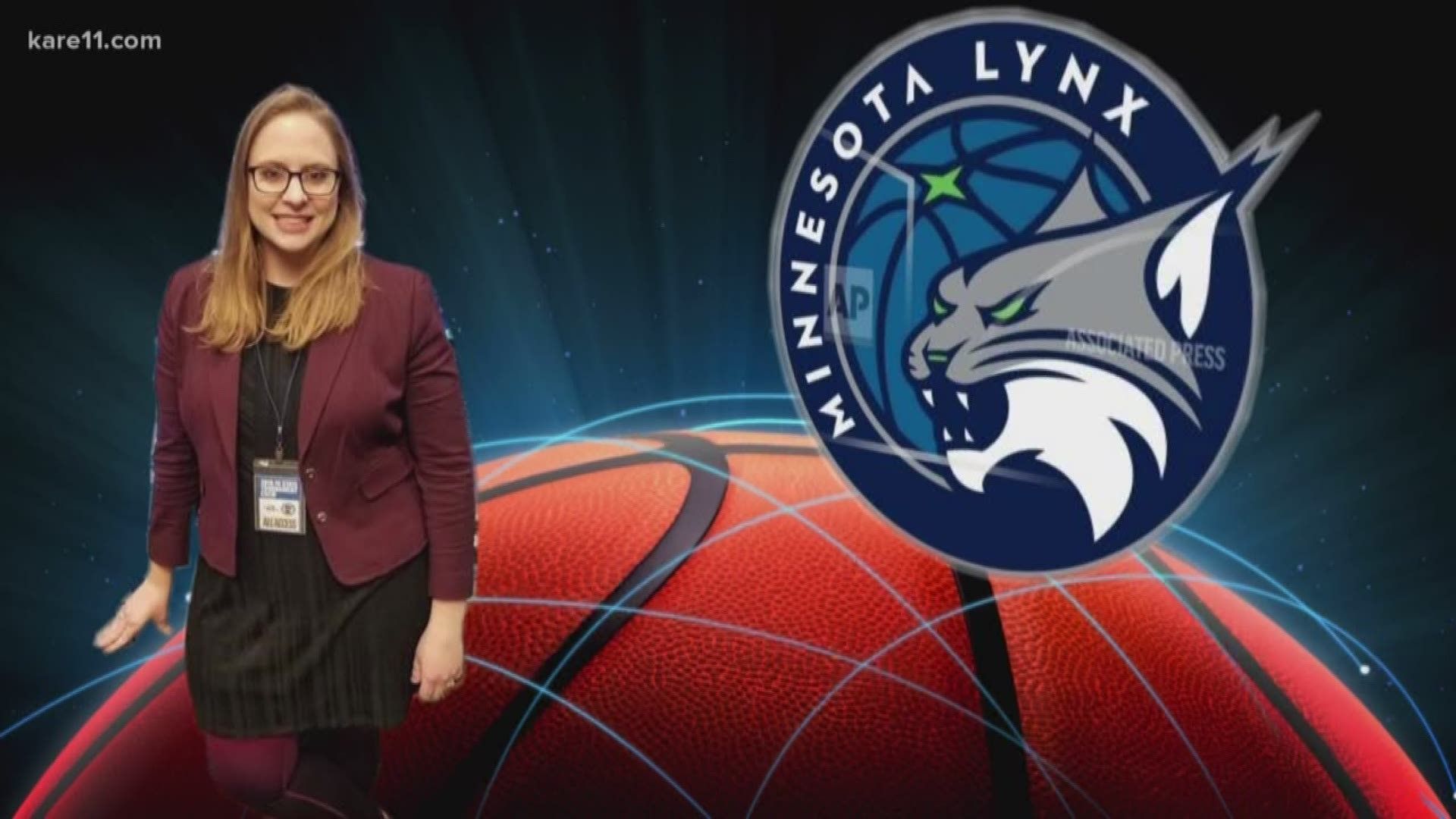 MINNEAPOLIS — The Lynx on Wednesday announced that Sloane Martin has been hired as their new radio play-by-play broadcaster.

It’s a big darn deal, as Martin then is the first female radio play-by-play broadcaster for a professional team in the Twin Cities.

Martin, a Los Angeles native, has loads of sports and journalism experience, and she sat down with Jana Shortal to talk about her new gig.

JANA: What did you want to be when you grew up, when you were a little girl?

SLOANE: Always a sports broadcaster. I looked up to Suzy Kolber, I looked up to Michele Tafoya, those were the women who I saw had this authoritative, respectable presence that I wanted to emulate.

JANA: How old were you at that time?

JANA: Were you at all intimidated or discouraged because you are female?

SLOANE: I have had those awkward conversations, kind of remarks. I once had someone at a smaller station take a football job away from me that was promised because he didn’t trust that I had the knowledge to do it.

JANA: What kept you going in a field that sometimes can be discouraging for women?

SLOANE: I think because play-by-play is just something I am so passionate about. I love that feeling, this rush of exhilaration and energy when you are about to call a game that nothing really compares to.

JANA: What you are about to embark on is going to teach an entire generation of young girls to say, "I can do that too."

SLOANE: Now I’m realizing that yes, that is an impact that I can have, and I know the importance of that because I know that women have done that for me.