Top prosecutors, youth mentors agree that stepped up law enforcement by itself can't solve the Capitol City's spike in shootings 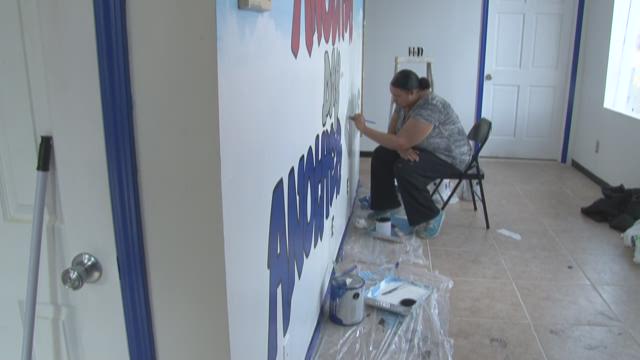 ST PAUL, Minnesota — A large crowd turned out Thursday night at Central Baptist Church in St. Paul for the first in a series of public safety listening sessions hosted by Mayor Melvin Carter, in response to growing gun violence in the city.

"We need urgency around a new approach. We need an urgency around data-driven, evidence-based approaches to end violence and create better outcomes for people," the mayor said in the days approaching the first session.

The meeting wasn't set up like a public hearing, with an open microphone. Instead, the crowd formed smaller working groups who sat at tables and, with the help of facilitators, discussed ideas for curbing gun violence in the Capital City. They mayor's staff took notes to relay to the mayor.

The city has a lower murder rate than many comparably-sized cities, but this year's homicide total -- 28 and counting -- has set off alarms for police and the community. The most recent victim was 17-year-old Da’Qwan Tremayne Jones-Morris, a senior at Henry Sibley High School, who was shot Wednesday by fellow teens who were handling a gun inside a home on the city's west side.

Prosecutors, police and community leaders say there's no magic switch to turn off the violence, and law enforcement alone can't solve all of the issues that spark violence.

"This isn’t going to be solved overnight. We’re not going to police our way out of this," Rev. Darryl Spence, a long-time community leader, told KARE.

"I applaud the mayor for stepping up, doing listening sessions. I hope he listens and he responds to what he hears."

Rev. Spence said the hard work is reaching teens and letting them know they are valued, and there are safe spaces and mentors willing to help.

Toward that end, he's especially impressed by a new non-profit known as 8218/Truce Center, which is taking root in the old Fair Garden building at Selby Avenue and Lexington Parkway.

Volunteer Rachel Woodland, a local artist, was busy working on an indoor mural which spelled the new center's theme, "Another day, another chance."

"It's a place for our young folks to come, do homework, to have fellowship, but most of all to reflect, remember why they are where they are, and hopefully, preferably, that will begin to deter some of this violence," Spence remarked.

Miki Frost, the founder of 8218/Truce Center, said teens can take classes in health and wellness, entrepreneurship and parenting. But they also want it to be a safe space where youth can resolve conflicts peacefully.

"We want to be able to come talk with the kids, let them know they can confide in us, that they have somebody to talk to, someone that believes in them and is rooting for them, someone beyond family members," Frost explained.

"It's just a place where they can come play the game, learn how to start to work and be around each other without conflict."

Once volunteers establish relationships with the teens, they may also be warned about conflicts before they blow up into violence. That would give Frost and volunteers a chance to intervene.

"So often young people just think, 'You hit me so I’m going to hit you back'," Tim Wilson, a community volunteer at 8218/Truce Center said.

"Here somebody comes and says, 'Wait a minute, just think about it. That’s just going to keep on going - I hit you, you hit me back, on and on. How can we resolve this'?"

Erica MacDonald, the US Attorney for Minnesota, met privately with St. Paul Chief Todd Axtell, Ramsey County Attorney John Choi and others Thursday afternoon to talk about the wave of gun violence in St. Paul.

In a statement issued to the media after the meeting, she said all the state, federal and local agencies are devoting their resources to addressing the situation. But it will take more than that, according to the federal prosecutor.

"It was the unanimous consensus of the group that reducing violent crime requires more than just enforcement, it also requires plans for treatment and prevention," read the prepared statement from MacDonald.

There has been speculation that some gun crimes might be turned over to the MacDonald's office, because federal firearms offenses can carry longer prison sentences than comparable offenses handled by state courts. MacDonald's staff Thursday didn't return calls inquiring about that possibility.

One the crime-solving front, St. Paul received a $750,000 federal grant in September aimed at giving that city more resources. The money will be used to hire a crime analyst, a ballistics technician, a gun crimes prosecutor and for staff training.

The department is in the process of filling those positions.The money comes from the US Dept. of Justice Local Law Enforcement Crime Gun Intelligence Center Integration Initiative.