The family that owns the land where the Black Hawk UH-60 went down felt like they had to do something to honor the three lives lost. 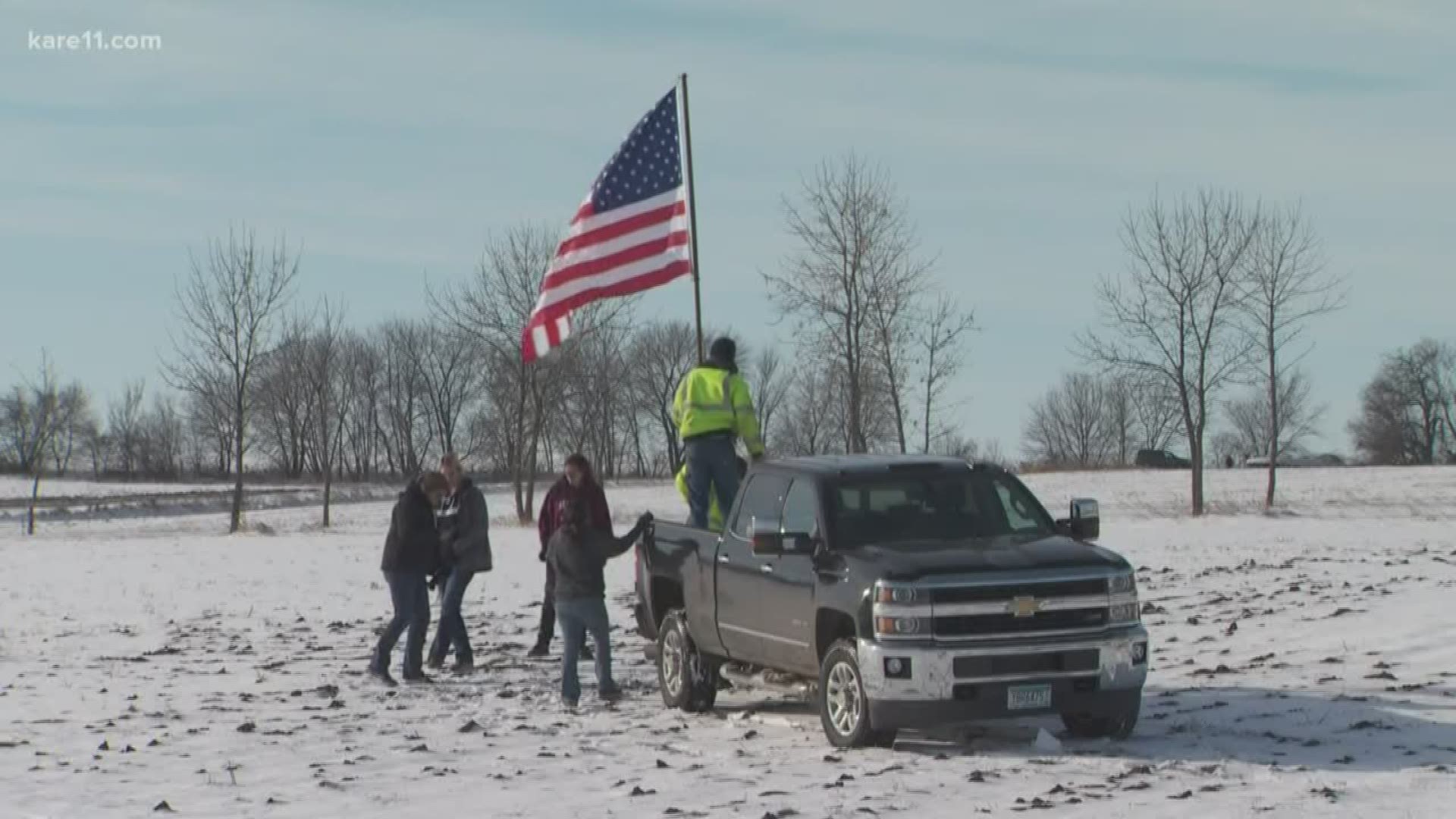 KIMBALL, Minn. — An American Flag flaps in the breeze above a snow-covered field near Kimball, raised to the top of a pole and framed against a brilliant blue sky.

It seems to come out of nowhere, which is sadly appropriate... as what happened Thursday on this rural property owned by the Krippner family literally dropped from the sky.

"It almost was like a train was going to come through my house," says Shelly Krippner.

A Black Hawk UH-60 helicopter owned by the Minnesota National Guard crashed while on a test flight and the Krippners, who own a gravel pit and excavation company, felt like they had to do something... anything... to honor the three airmen who lost their lives.

The Krippners all live a mile or two from the crash site, a tight-knit crew who immediately sympathized not only with those aboard the chopper but their families and friends left behind. So they put up a temporary flag pole Friday morning and raised the flag.

"We’re just sitting at home not doing anything and I thought it would be a great idea to do something constructive to let the families know that we’re thinking of them also," said Helen Krippner.

Credit: KARE
The Krippners gathered Friday morning following the crash and decided they needed to do something to honor the lives lost, and the families left behind.

Come spring, the Krippners will set a more permanent flag pole, and also plan to place a marker on the actual crash site, near a stand of trees that serves as a windbreak between the massive farm fields that surround the gravel pit.

"Just let the families come here and if they want to look at the site and stuff like that they have something that will always be here for them. If they ever want to visit it," said Kurt Krippner.

Also Friday, a Safety Investigation Team from the U.S. Army Combat Readiness Center at Fort Rucker, AL, arrived in St. Cloud and moved to Kimball to lead the crash investigation.

Master Sgt. Blair Heusdens, a spokeswoman for the Minnesota National Guard, told the St. Cloud Times on Friday that the names of the crew members would be released Saturday following a waiting period after notifying their families.

Heusdens said each family would be assigned a casualty assistance officer to help connect them to support programs “as long as the family needs them.” 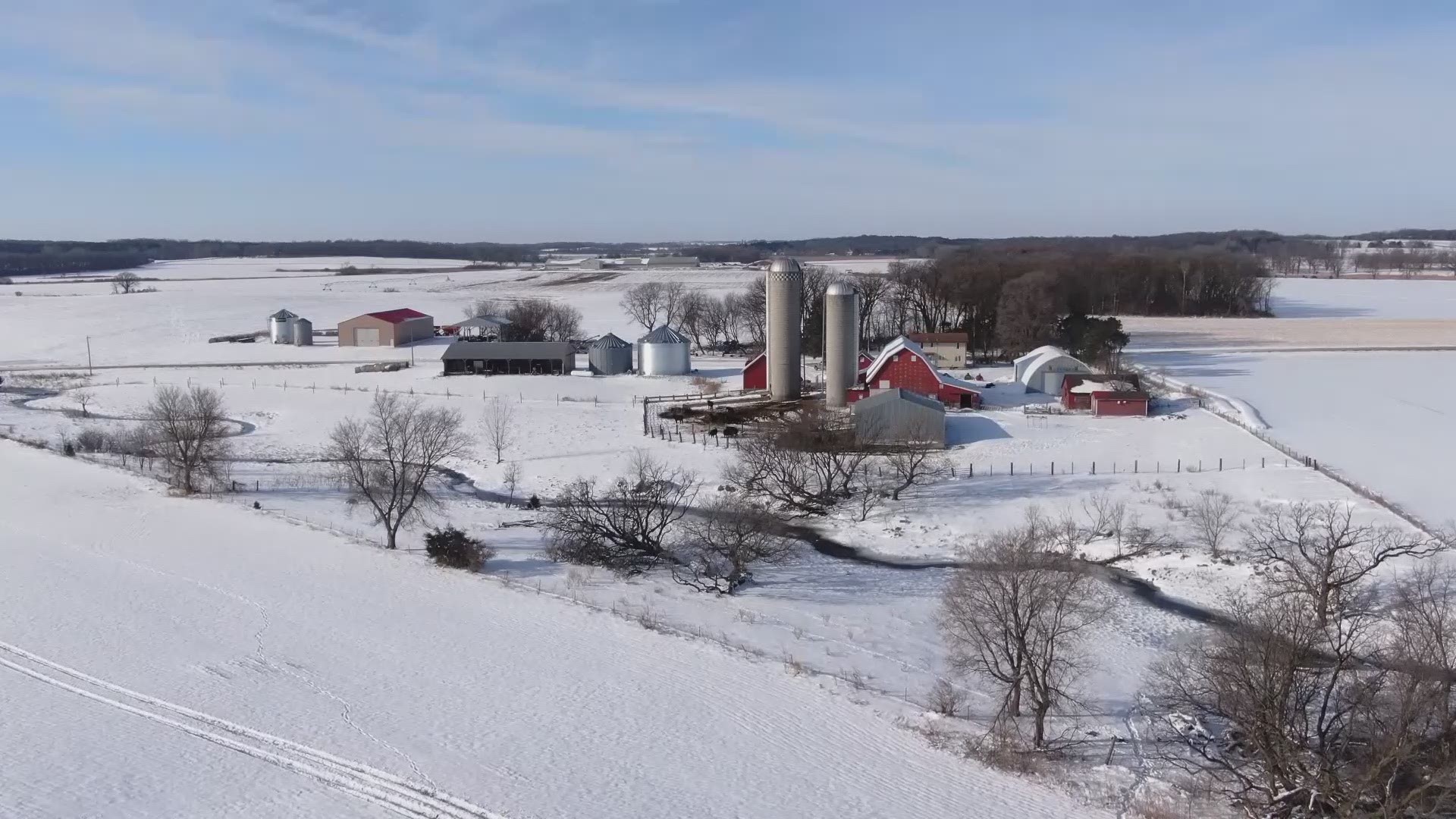 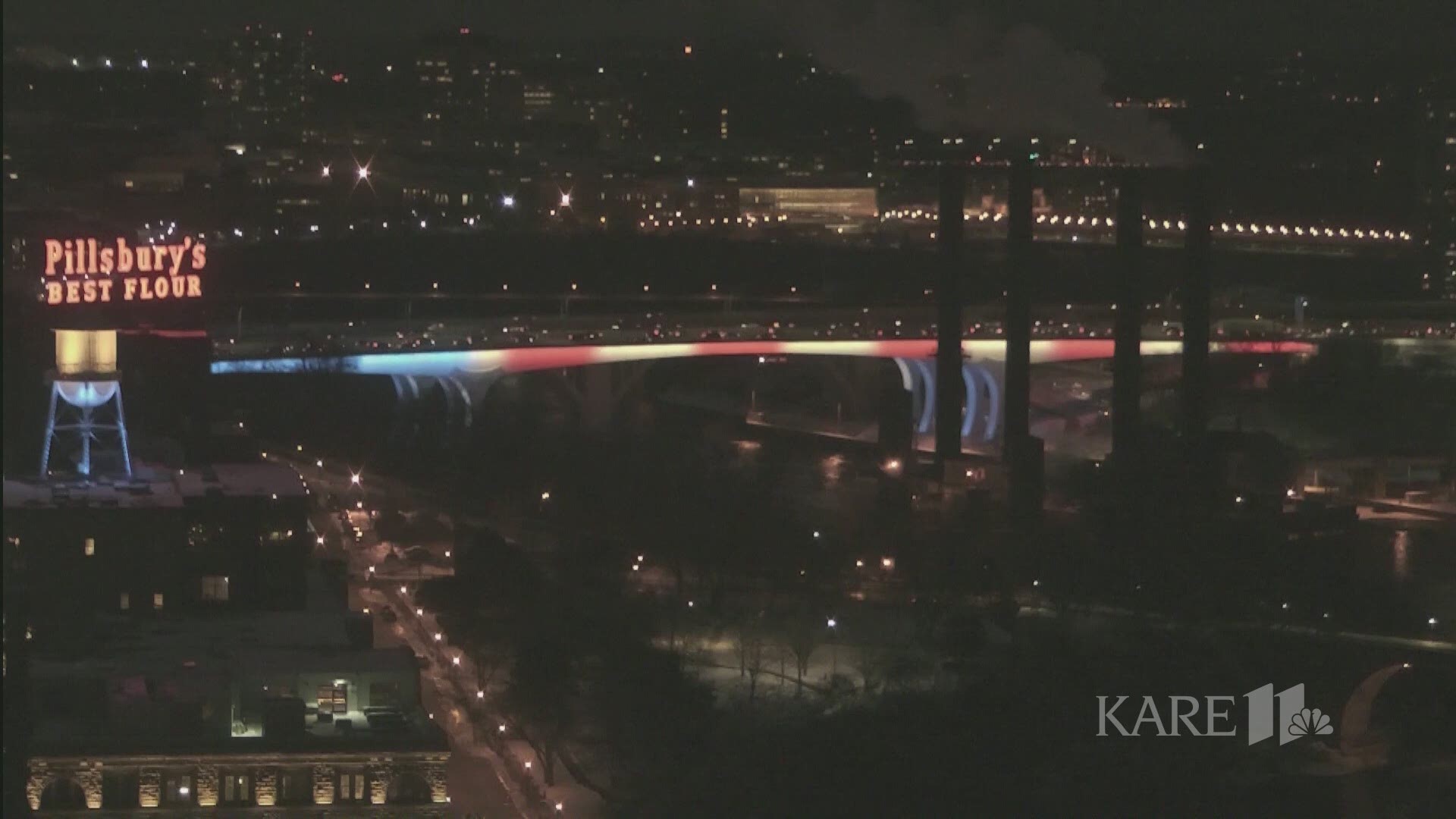