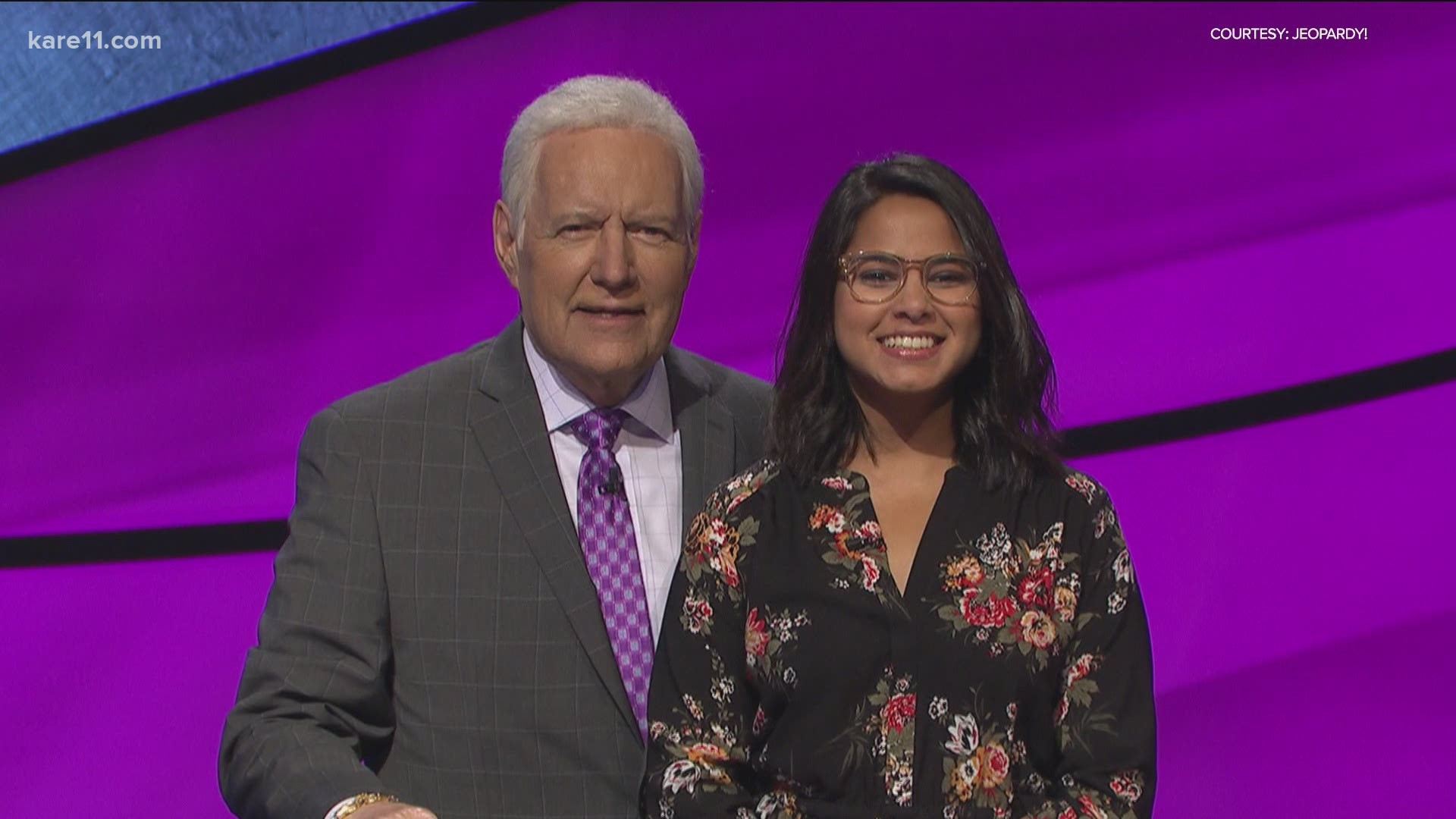 MINNEAPOLIS, Minnesota — Fans in Minnesota and across the country continue to pay tribute to iconic Jeopardy! host Alex Trebek.

For more than three decades, we welcomed Trebek into our homes.

Many trivia lovers also watched with dreams of one day meeting Trebek as a contestant on Jeopardy! Rob Worman of Edina fulfilled that dream, first in 2018.

"I won six games. Lost on day seven. It was the time of my life," recalled Worman, who started watching the show at the age of 10 with his dad.

In 2019, Worman came back as a contestant on The Tournament of Champions.

Worman recalled a moment when Trebek visited the contestants backstage.

"He was in his street clothes, didn't have his hairpiece on and he gave us the news a day ahead of the national news that it became that he was returning to chemotherapy because his cancer was back. At the time, everyone had heard nothing but talk of remission so that was a real dark moment," Worman said. "One of my fellow competitors asked, 'How are you doing, Alex?' And that's when he broke the news to us... but he said, 'I've had the best life there is. I couldn't be more at peace. I'd like to think that he continued to be at peace and continued to live the best life he could even in his last days."

Trebek announced in March 2019 that he had Stage 4 pancreatic cancer.

"He was the kindest and most down-to-earth person that I think is on our TV screens."

Former @Jeopardy contestants from Minnesota are sharing some of their favorite memories of Alex Trebek on @kare11 at 5. pic.twitter.com/WPsZH7cV82

"The fact that I got to go and meet Alex before his passing was really special," said Amal Karim of Minneapolis.

Karim qualified twice for Jeopardy! but wasn't able to make it the first time. Her episode was filmed in December 2019 and aired in February 2020.

"It was kind of surreal. It's just something I always thought I wanted to do," said Karim, who also is a Trivia Mafia host in Minneapolis.

Credit: Jeopardy!
Amal Karim's episode was filmed in December 2019 and aired in February 2020.

Karim's favorite memory with Trebek happened during their introductions.

"The woman next to me, her like fun fact was that she was a taekwondo or jiu jitsu aficionado and he sort of like pretended to put her in a headlock but when he came to talk to me he also put me in a headlock," Karim recalled. "He had, I think, a spontaneous sense of humor and a way of connecting with people clearly that he had to do with thousands of contestants over the years and trying to make a connection with each of them I think was very important to him."

Karim added, "So that's the memory I have of Alex Trebek putting me in a headlock for a second."

RELATED: Alex Trebek brought consensus, class to a nation in need of both

Jeopardy! announced today that Trebek taped shows through December 25 and that they will air as he intended, in his honor.

"He was the kindest and most down-to-earth person that I think is on our TV screens," Worman said. "That's how I think of him and that's how I'll think of him going forward."

RELATED: What it was like behind-the-scenes of Alex Trebek's final 'Jeopardy!' tapings