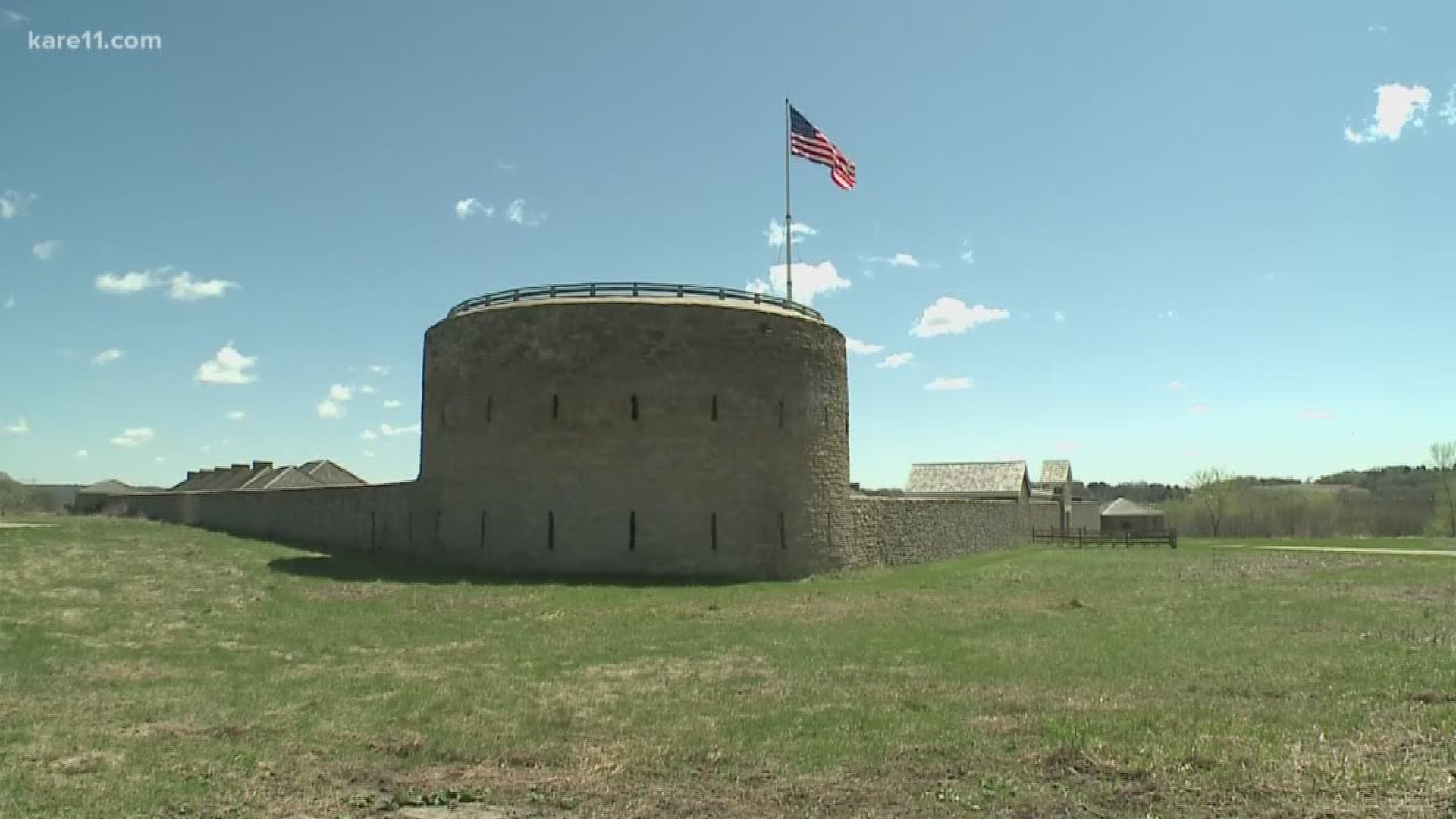 ST PAUL, Minn. — Lawmakers are threatening deep budget cuts to the Minnesota Historical Society because a word from the Dakota language has been added to the name of a popular tourist destination.

The Bdote interpretative display features artifacts and illustrations explaining that Native American people had lived in that area for thousands of years before the European fur traders, explorers and missionaries arrived.

"We believe 'At Bdote' provides important historical context for the long history of the Fort Snelling area," Kent Whitworth, the MNHS director and CEO, told KARE.

Senate Republicans are unhappy about the new signage, calling it the "latest example of revisionist history."  They wouldn't cite any other examples, but said they'd heard from constituents that there are other instances.

Sen. Scott Newman of Hutchinson said he first learned of the possible name change in 2018 during a hearing about a new visitors' center at the fort.

"Historic Fort Snelling is probably the number one historical asset in the state of Minnesota," Sen. Newman told colleagues during a committee hearing this week.

"I do not agree with what the Historical Society is engaged in doing, and I believe it to be revisionist history."

Newman said he met with Whitworth and other MNHS staff to discuss the issue but hasn't changed their minds yet.

"In response to my request the Historical Society has not changed its position one iota. Not one bit."

The Senate's version of the State Government Finance Bill slices the MNHS budget by $4 million in each of the next two years. That would force the society to cut between 53 and 80 positions, according to Whitworth, and would have many repercussions for the visiting hours and educational outreach.

"Adding things to history as you find new information can be a very helpful constructive thing but rewriting the history? That is greatly objected to by many people," Sen. Mary Kiffmeyer, the Big Lake Republican who chairs the State Government Finance Committee, told reporters.

She said the focus of Historic Fort Snelling should be military history, because so many Minnesotans are tied to the soldiers who trained there as far back as the Civil War.

"This is about addition. It’s not about subtraction."

Fort Snelling is also where the US Government imprisoned Dakota families after the Dakota War of 1862, before sending those families by boat to reservations.

This history of the Bdote controversy is still being written.

The DFL-controlled House still plans to fully funding MNHS for the next two years, and Gov. Tim Walz supports the society as well. So, that means the issue will have to be resolved in negotiations with the Senate in the closing days of the legislative session.

It's not the first time the state's history has become a flash point at the Capitol. Two paintings -- "Father Hennepin at the Falls of St. Anthony” and “The Treaty of Traverse des Sioux" -- were removed from the Governor's Reception Room in 2016. Some also called for removal Civil War paintings from the same room, but supporters pushed back and won that battle.