In addition to his work as a police officer, Arik Matson is also a volunteer firefighter, city council member, husband, and father of two. 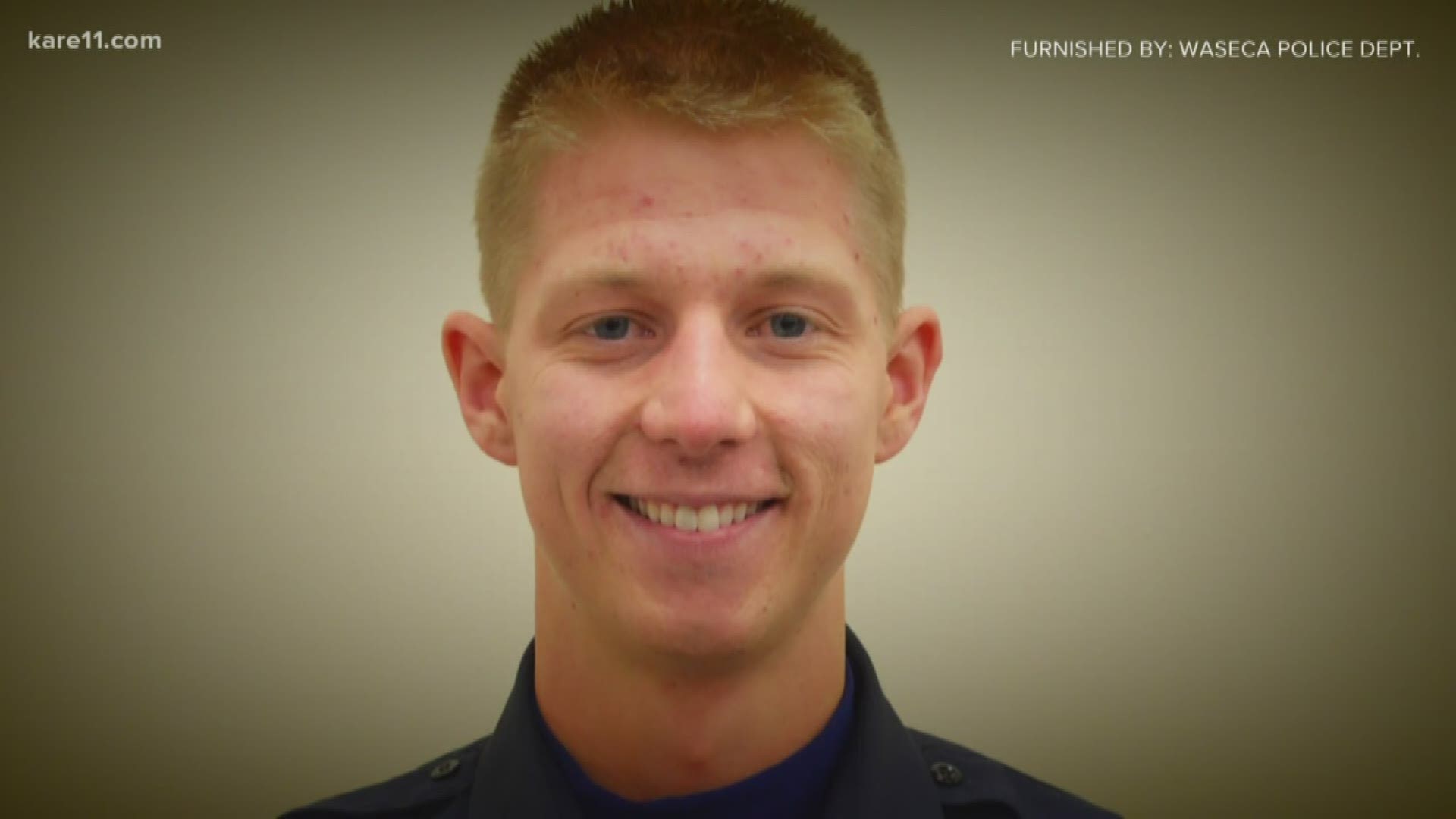 FREEBORN, Minn. — Arik Matson's dedication to community goes beyond his work as a police officer for Waseca, a role he's held since 2013.

The 32-year-old is also a volunteer firefighter for the town of Freeborn and serves on Freeborn's city council.

"He's just a really, really involved person," said Freeborn Fire Chief, Steve Seipp. "Outgoing, always willing to help. He’s one of those kind of people even if he meets a stranger, he’s able to talk to them."

Seipp has known Matson's family for years and says Matson followed in his father's footsteps to become a law enforcement officer.

It was in his role as a Waseca police officer that Matson was shot on Monday evening, while responding with three other officers to a report of a suspicious person.

"I knew Arik was working last night. I sent him a message. I said, 'Hey, buddy. I heard some stuff happened up there and I wanted to make sure you're okay.' And I didn't hear anything back," recalled Seipp, whose son is friends with Matson. "And a little while later Arik's wife called my son. And my son called me and said, 'Arik got shot at work.'"

Seipp says Matson is from Albert Lea, but now lives in Freeborn with his wife and two young daughters, ages seven and five.

The owner of the studio where Matson's daughters dance said Matson and his wife volunteer with the studio, calling Arik "very involved."

It's a theme echoed by people throughout Freeborn, where Matson has been a volunteer firefighter for about seven years. The city clerk also called Matson "very involved" while speaking about his work as a city council member, a position he's held since 2018 when he was appointed to fill a vacancy. He was then elected to his seat in 2019.

Credit: Waseca PD
His chief says officer Arik Matson has been with the Waseca Police since 2013, and is a patrolman and member of the city's drug task force and SWAT team. He is also a beloved DARE officer who works with young people in Waseca.

Matson is also well respected in Waseca. In addition to serving on the Waseca Police Department's patrol unit and drug investigative unit, Matson is also a DARE officer. That work brings him to Waseca Intermediate School. The school released a statement Tuesday, saying in part:

"Waseca Intermediate 5th grade students witness a kind, caring, and personable police officer every week for an 11-week period every year. Officer Matson builds relationships and trust with every student he works with. His ability to connect and relate with elementary students allows him to make a tremendous impact. He has made a positive impact on nearly a thousand students over the past several years. Our staff and student body are wishing Arik health and recovery and want to thank all the amazing law enforcement community for the sacrifices made to keep our community safe and secure."

After growing up in Albert Lea as the son of a police officer, Matson attended Minnesota State University-Mankato before embarking on a career in public service.

"He grew up with it in his blood," said Jeremy Henke, a longtime friend who has known Matson since college and serves on the fire department with him. "It doesn't get better than Arik Matson."

Jeff Dahlen, another Freeborn firefighter colleague, described Matson as a key component of the fire department - particularly when it comes to keeping fellow firefighters in good spirits.

"He's usually the one, even in the midst of irksome tasks, who has a smile on his face - even though we're sweating and pulling heavy hoses and spraying waters on a burning building," Dahlen said. "He's that kind of guy."

All are eager to see Matson return to public service as soon as possible.

"We owe it to him as a community and a state and a country to have his back," Henke said. "Because he had our back (Monday) night."

A friend of Matson's wife has set up a GoFundMe account for his family, you can donate here.

Donations can also be made to the Arik Matson Benefit at Farmer's State Bank of Hartland. Donations can be made at the Freeborn, Hartland, and Albert Lea locations.