He risked his life to save his dog. After finding out the ends of his feet will need to be amputated because of frostbite, Jay Mitchell was reunited with his best friend, Hero. 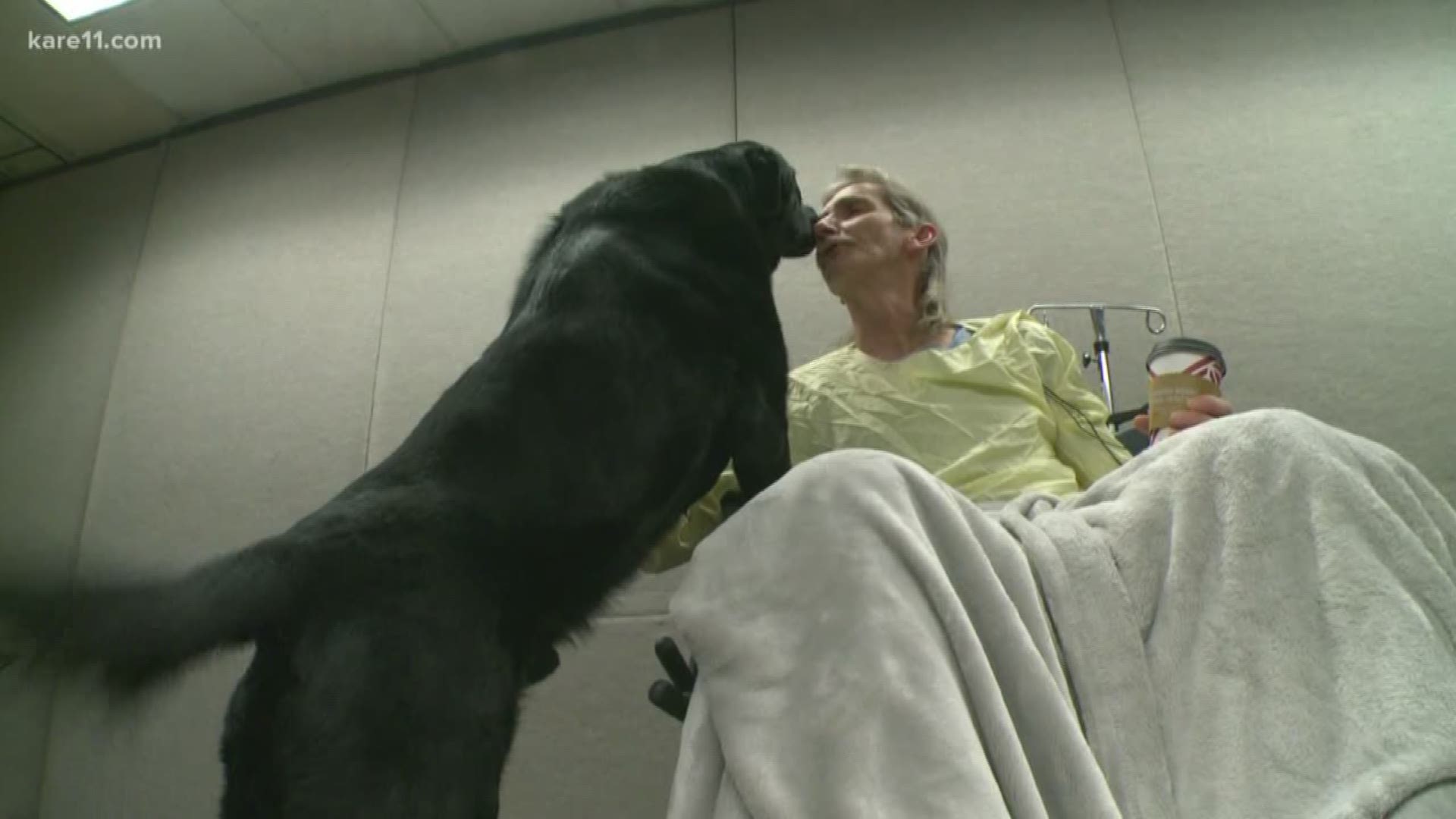 MINNEAPOLIS — Tuesday morning Jay Mitchell found out that the ends of his feet would need to be amputated because of frostbite.

"Don't take a chance with it. Get help," Mitchell said.

Mitchell, 57, is currently staying in the burn unit at Hennepin County Medical Center in Minneapolis.

But it's been a long road getting him the care he needs.

In the past few months, Mitchell has faced a series of hardships. In December, his wife died of cancer. Then, his landlord didn't renew their month-to-month lease. Mitchell couldn't find a place to stay that would also take in his 10-year-old dog, Hero.

So Mitchell lived out of his truck with Hero.

When church members chipped in to get the pair a motel room for a week, the warmth from the room also revealed Mitchell's frostbitten feet.

Mitchell went to the hospital but the care he needed was going to take longer than he expected.

"I left against medical advice to save my dog. Because he was trapped in that room, you know. I only left a little bit of food and water down and... they told me, 'If you leave, you could die' but so could my dog and he's like a friend to me and with my wife passing, he's all I have left," Mitchell said on Friday.

Mitchell tried to find a place for Hero to stay but he was starting to lose hope. He left HCMC on Jan. 26 and finally received the call he had been hoping for on Jan. 30.

"I got that call at 9 o'clock in the morning that... we found a place for Hero," Mitchell said.

Mitchell hasn't seen his dog since checking back into the hospital.

But Tuesday morning at HCMC, Mitchell was surprised with a visit from Hero.

"You're kidding me. Hi, Hero. Hello buddy," said Mitchell, while petting his dog.

"Me and Jay have been talking every day since it's happened so I know how much his dog means to him," Ganfield said.

Mitchell said the amputation news freaked him out but now he's no longer scared.

"That's a small price to pay for a friend like he's been to me," he said.

A GoFundMe page for Mitchell and Hero has already raised more than $46,000.

Mitchell said he plans on using the money to find a place for himself and Hero.

No salt, no problem: Alternatives to sidewalk salt

More firefighters dying by suicide than in line of duty

Write a letter, win a home: Woman giving away $1.7M house in contest