Ramsey, Anoka and Hennepin Counties have pulled their sheriff's deputies out of the US Marshal's local fugitive task force after the fatal shooting of Winston Smith. 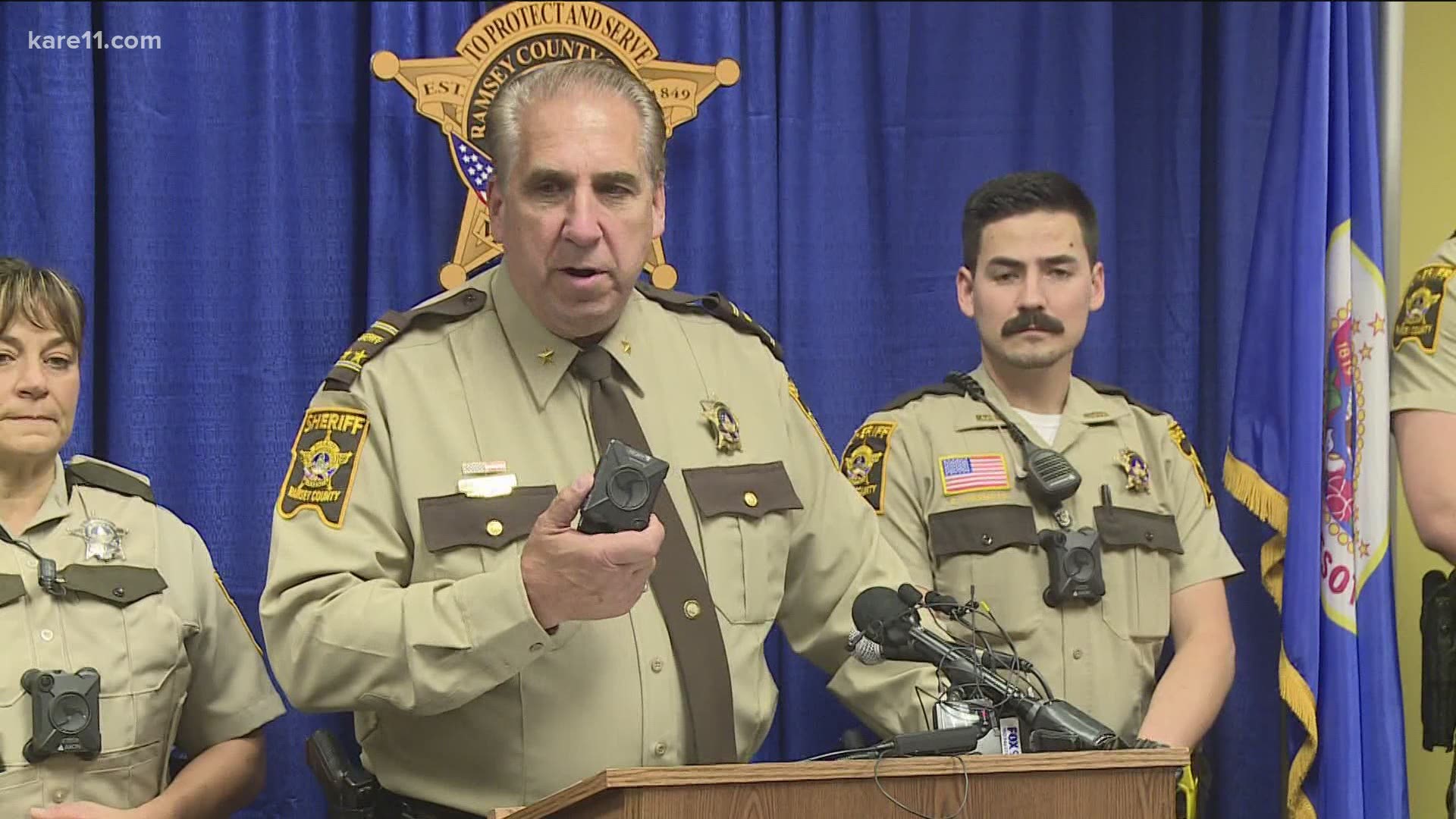 The announcements come just days after local deputies fatally shot Winston "Boogie" Smith in an Uptown parking ramp while attempting to arrest him as members of the US Marshal's task force. There's no body camera footage of the arrest and shooting because the US Marshal Service didn't allow task force members to use their body cameras.

The Marshal's service announced last October that task force members from state and local law enforcement agencies could start using body cameras, but the footage would be owned and controlled by the US Marshals. That policy change had yet to be implemented here in Minnesota when Smith was killed.

Fletcher said he thought he had a new agreement with the Marshals Service service Friday that would allow his officers to wear their body cameras while serving on the task force. But Minnesota's US Marshal Mona Dohman left him a voice mail Monday afternoon stating deputies couldn't wear their cameras yet because the policy "onboarding" wasn't finished yet.

"As a result of her voicemail, I have made the decision that Ramsey County Sheriff’s Deputies will not participate with the Marshals Fugitive Task Force until body cameras are actually authorized."

St. Paul Police Chief Todd Axtell notified the US Marshal's Service in 2018 that his officers couldn't serve on the fugitive task force without their body cameras. Janel Hohnke, the acting US Marshal, told Axtell that wasn't possible, so in 2019 she released Axtell's officers from the task force.

Smith's death has already begun to spark change at the federal level.

Late Monday, Assistant US Attorney General Lisa Monaco sent a memo from the US Marshal Service, the FBI, the DEA and the ATF saying federal agents will be required to use body-worn cameras in all situations involving pre-planned arrests of fugitives and in searches and seizures.

She's giving the agencies 30 days to develop plans for phased-in use of the equipment and policies for storage of footage and public release of footage in cases of severe injury and death. Under current policy the footage would belong to the US Marshal's service if it was captured as part of a fugitive task force operation, regardless of who was wearing the camera.

The Bureau of Criminal Apprehension, or BCA, is leading the investigation into the shooting death of Smith. Initial reports are that task force members attempted to arrest him after seeing his Instagram post that he was eating at Stella's Fish Cafe in Uptown.

Investigators say the task force had a bench warrant for Smith's arrest because he had failed to appear for sentencing after pleading guilty to being a felon in possession of a firearm. The ramp where the deadly encounter took place is across the street from Stella's.

The BCA said officers from the Hennepin and Ramsey County sheriff's offices who were assigned to the task force opened fire only after Smith fired at them through the rear window of his vehicle.  The protesters who've gathered at the parking ramp and in the streets of the Uptown neighborhood have said they don't believe the officers' depiction of what took place.

Minnesota Gov. Tim Walz Tuesday said he can understand the frustration over the lack of footage documenting the attempted arrest and shooting of Smith. He said he had reached out to the Biden Administration about the situation.

"People are very concerned about what happened in that, and they want to see the footage from that. It doesn't exist because they weren't wearing that. So, I think the concerns expressed by the community are valid."

A group of around 30 people protested outside the home of the US Marshal for the District of MN Mona Dohman's home in Maple Grove through a heavy rainstorm. pic.twitter.com/bvETg8oESm

Earlier Tuesday, civil rights activists held a press conference in the Minneapolis Federal Building where the US Marshal Service's Minnesota office is housed, and called for President Biden to fire Minnesota's US Marshal Mona Dohman.

"She has not been accountable to the public. She has not brought forth answers in terms of how this happened, why this happened and what she intends to do about it," Nekima Levy Armstrong, a civil rights attorney and former Minneapolis NAACP president, told reporters.

Dohman spent seven years Minnesota Commissioner of Public Safety during the Mark Dayton Administration. The DPS is the state umbrella agency that includes the Minnesota State Patrol, Bureau of Criminal Apprehension and Office of Traffic Safety.

Prior to serving as DPS commissioner, Dohman was the police chief in Maple Grove and headed the state's Peace Officer Training and Standards Board.

Later Tuesday night, protesters gathered outside of what they believe is Dohman's home in Maple Grove with drums and megaphones calling for her to resign, according to a Twitter post by Minneapolis Star Tribune photojournalist Renee Jones Schneider.

RELATED: Residential neighborhoods react to a year of unrest: 'You’re never sure if it’s a firecracker or gun'