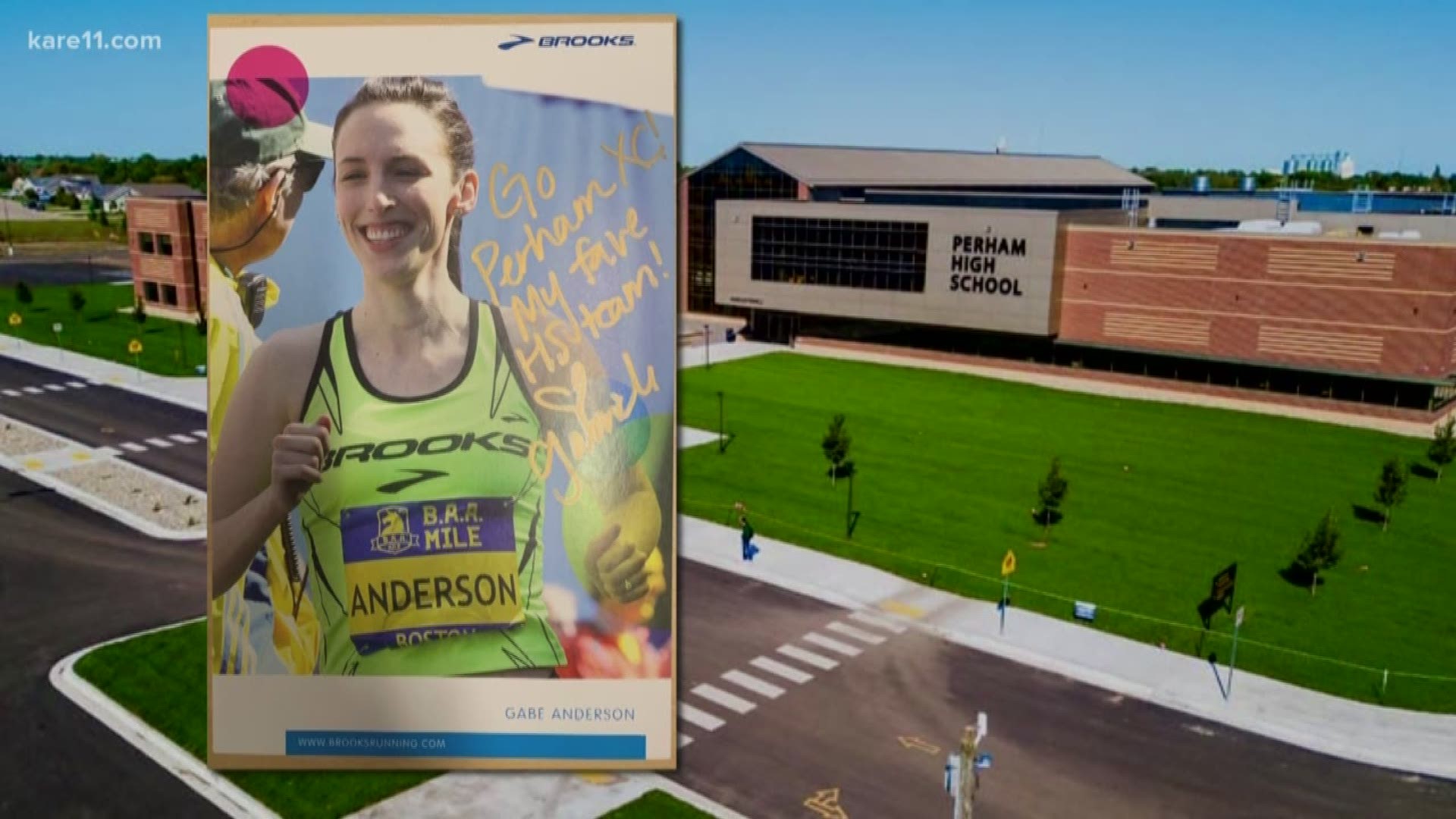 MINNEAPOLIS — Gabriele Anderson Grunewald, known as "Gabe" to her friends and fans, lived life on her own terms and earned the respect and admiration of people throughout the world along the way.

The epic distance runner died Tuesday at the age of 32, ten years after launching her fight against cancer. She continued to compete and set an unparalleled example of grit and determination.

"She was born tough," her former U of M coach Gary Wilson told KARE, as he reflected on the walk-on phenom who worked her way to All-American status.

Gabe still holds the school record in the 1,500.

"She was just one those people that would say, 'We’re doing it the right way, not the half-way way.' She took no guff from anybody."

Wilson recalled the day in 2009 when Gabe learned of her cancer diagnosis. He offered her a chance to sit out the race scheduled for the very next day.

He wasn't surprised that day, or all the other days Gabe kept coming back. In 2012 she came within one place of qualifying for the Olympics.

He said he's received emails, texts and calls from around the world, from people who feel connected to Gabe and were inspired by her courage.

The social media hashtag #BraveLikeGabe became the name of her cancer research charity.  The women's track team locker room at the U of M bears her name, with artwork that includes the #BraveLikeGabe slogan.

Her former high school coach in her hometown of Perham, MN recalls that Gabe would never set limits for herself.

"And it really helped shaped me as a coach because I came up with a motto or out team a couple years ago that said, 'The size of our talent shouldn’t limit the size of our dream', and I think that came because of Gabe."

He recalls asking her to pick one event to excel in, when it came to statewide competition.  She couldn't pick one, but still ended up winning a state title in one event and being part of a relay team that placed second in the state.

"I got to see a lot of those brave moments she had, even in high school, even just the grit and resilience that she had."

Fellow Perham native Corey Hepola, who hosts the morning show on WCCO AM radio, said Gabe was a great source of pride in their northwestern Minnesota hometown.

Hepola, while a member of the KARE staff in 2018, profiled Gabe's charity efforts and her work with Chip Gaines.

"It's important to me to be brave enough to make a difference," she told Hepola in that interview.

News that she was approaching death brought accolades from across the world.

HGTV star Chip Gaines posted a photo of time Gabe worked with him as a marathon coach -- "And to my beautiful friend Gabe.. we love you and we are here for you every step of the way."

Minneapolis Mayor Jacob Frey declared Tuesday "Gabe Grunewald Day" in the City of Minneapolis, with a proclamation that included these words:

"Through her passion, advocacy, and bravery, Gabe inspired hope in thousands of athletes, patients living with cancer, cancer survivors, and families.

"Gabe’s legacy will live on in the thousands of athletes inspired by her resilience, dedication, and zest for life and in the patients and athlete battling cancer whom she gave hope to."