Gas tax may get new look in Minnesota

A lawmaker is proposing a change from fuel tax to mileage tax. 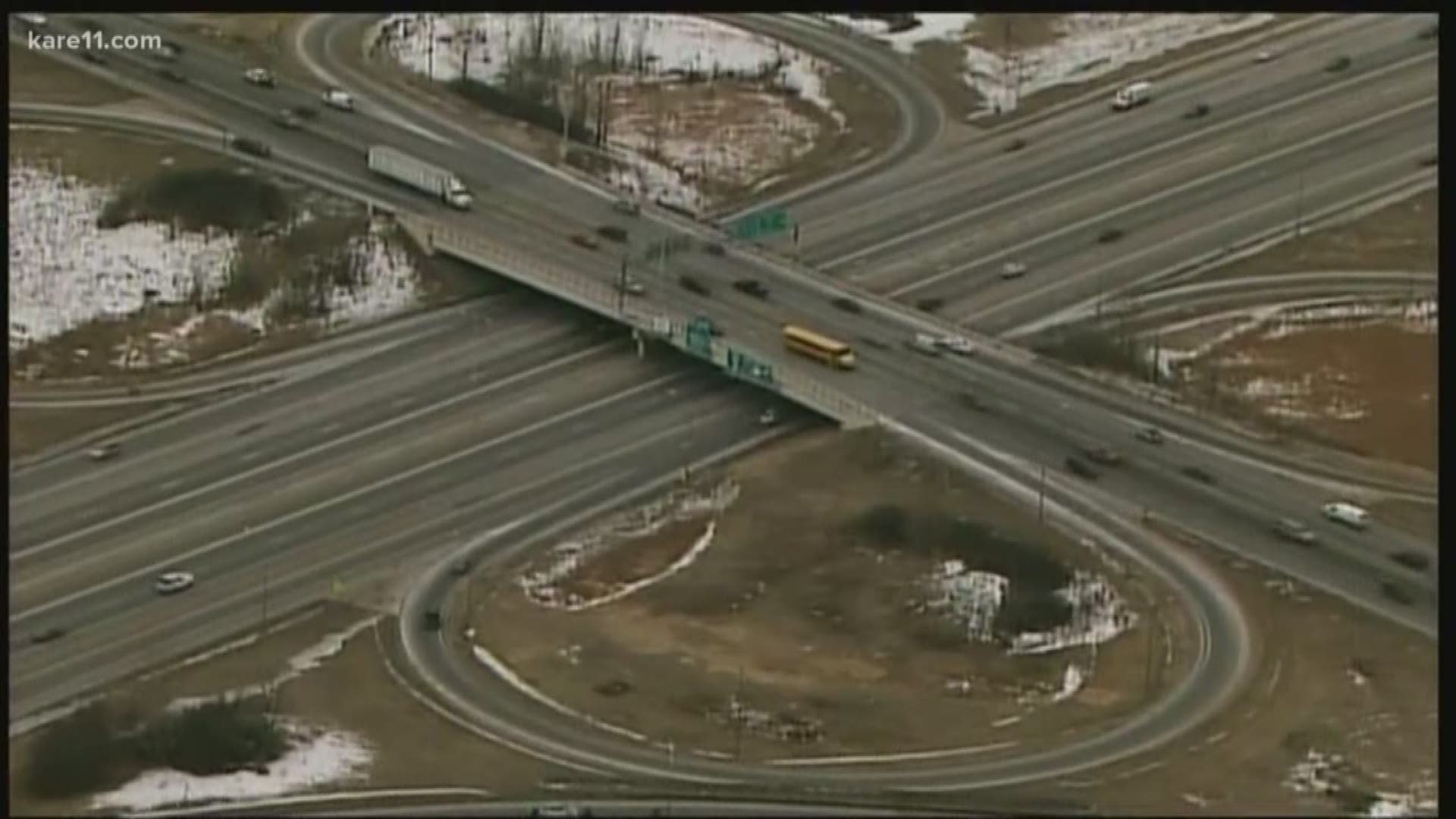 ST PAUL, Minn. — More cars are driving more miles on Minnesota roads than ever before. So why would gas tax revenues be falling?

It's simple. Vehicles have become more fuel-efficient, and some cars don't use gasoline at all.

As Minnesotans burn less gas, they pay less in federal and state fuel taxes, which are assessed per gallon. That leaves lawmakers scrambling to find ways to pay for roads and bridges.

"We need to meet that need. Currently we’re not meeting the need, which is one of the reasons the governor proposed the increase in the gas tax that he proposed," Rep. Raymond Dehn told KARE.

The Minneapolis democrat has introduced a bill authorizing MnDOT to study phasing in a mileage tax, also known as a mileage-based user fee, as a replacement for traditional fuel taxes.

"It’s a way of charging people for using the roads. With the advent of hybrids and higher-mileage cars as well as electric vehicles it would give us a truer indication of the road usage of that vehicle has," Rep. Dehn explained.

RELATED: Save money on gas with regular, not premium, AAA says

According to the Dept. of Public Safety, there are nearly 78,000 hybrid vehicles on the road in this state, plus 5,500 fully electric "plug-in" cars.

But the owners of those cars aren't exactly getting a free pass on transportation taxes.

Those vehicles generally are more expensive, so the owners pay higher sales taxes up front and higher license tab fees than people in comparable gas-powered cars. How to fairly distribute mileage taxes would be part of any study.

"In the end the question is, how people drive, how people use the roads, all those things need to be factored into it," Rep. Dehn said. "Some people drive one mile to the grocery story, while some have to drive 20 miles to reach one, so we also have to look at how you'd tax for driving in the metro area versus in Greater Minnesota."

The question is always how to track miles people are driving. In some pilot programs vehicles were equipped with transponders that could communicate with smart gas pumps.

An instant calculation would apply the mileage tax to the fuel purchase and at the same time forgive a comparable amount of the gas tax that would normally be due.

Some systems have tracked mileage and handled billing more directly using GPS transponders that interact with apps on smart phones. Drivers can pre-pay taxes or be billed.

"With almost all of us having smart phone technology now there’s an opportunity for that technology to be used," Rep. Dehn said. "There’s also some consideration of self-reporting; when you file your taxes, you could be billed at the same time for your miles."

MnDOT has studied the idea in the past, but automobile technology and Internet connectivity has evolved quite a bit since then.

Oregon is the state that's made the most progress in this arena, now offering the OReGO voluntary mileage tax system, which gives drivers many different ways of paying per mile and receiving a break on their gas tax in exchange.

Peak pricing becomes an option, as well as discounts for helping with congestion.

"If you are collecting data it in a way that you can know when someone’s driving and where they’re driving, you can create incentives for them to drive at a different time of day or on a less congested road," Frank Douma of the Humphrey School told KARE.

But he noted a mileage tax does raise more privacy concerns.

"With the motor fuel tax privacy's not a big deal because the state actually collects that from the gas wholesaler. The state is not actually involved in collecting the money from the individual user," Douma explained.

"With mileage-based user fee, that’s another thing to deal with, the privacy hurdle."

Rep. Dehn's bill specifies that the data collected on mileage would be treated as private data, available only to the tax collection agencies and not the general public.

For generations, the gas tax has been the classic user fee. If you drive more, you burn more gas and you pay more. The heavier your vehicle is, the more gas you burn and the more you pay.

That is, if your car runs on gas.