38th and Chicago could turn into permanent George Floyd memorial 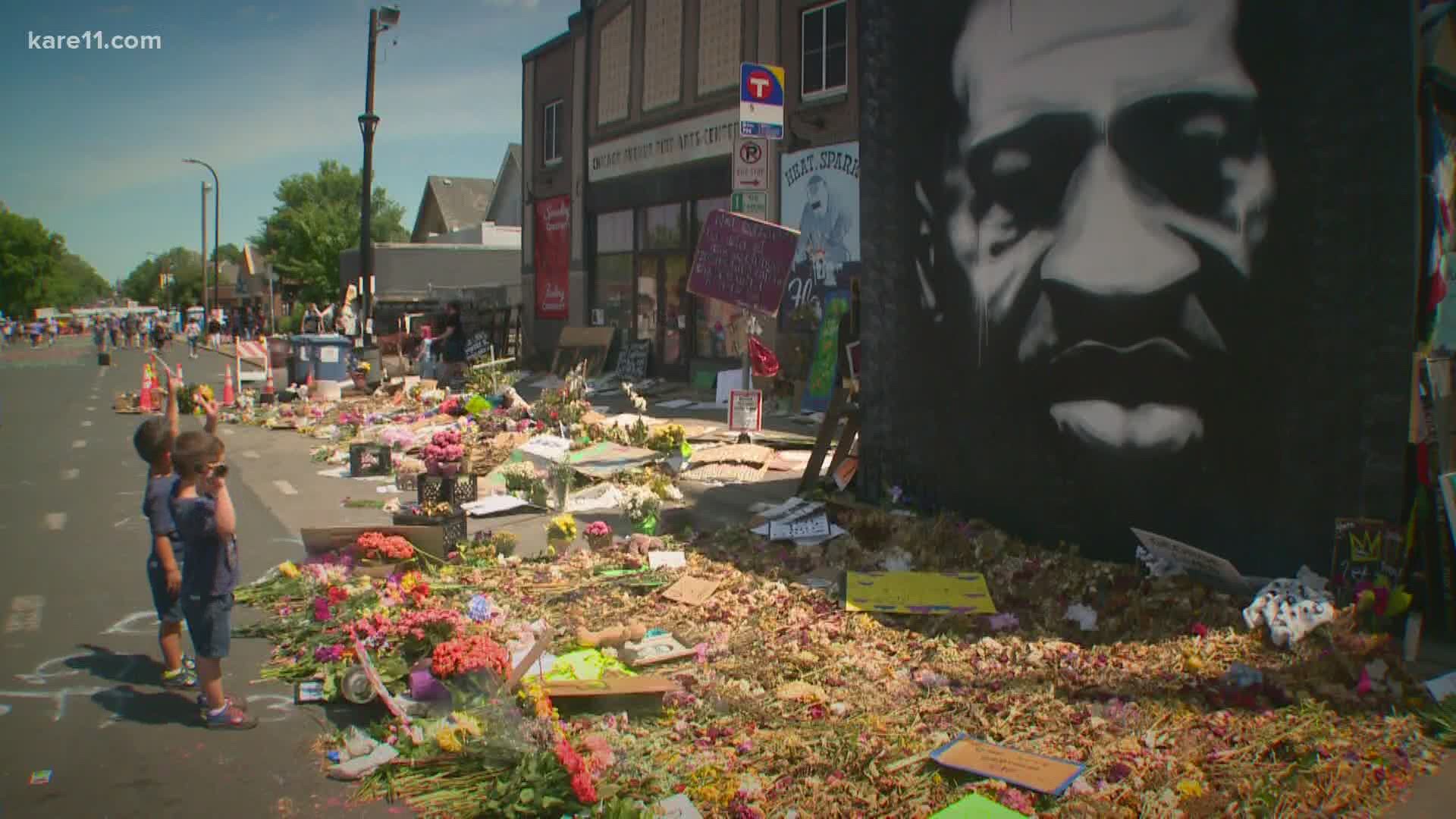 MINNEAPOLIS — The George Floyd memorial at 38th Street and Chicago Avenue continues to grow despite rumors it might be taken down.

"The MPD will not altering or decommissioning the memorial of George Floyd. We respect the memory of him and will not disrupt the meaningful artifacts that honor the importance of his life," the post said.

For nearly three weeks now 38th and Chicago has been closed off to traffic.

The intersection is now an iconic memorial to George Floyd.

"Pay my respects to the Floyd family," said Wayne Clinton who drove up here from Ames, Iowa to see the memorial. "Being here at this moment means so much to me personally."

Now there's talk of a permanent memorial for George Floyd.

"Looking towards the future as a permanent marker there because it's never going to be the same again," said Hennepin County Commissioner Angela Conley.

She lives 5 blocks from the intersection and has been part of those conversations with city, state, and community leaders.

There has been talk of possibly a traffic roundabout, peace garden, or sculpture to honor George Floyd's life.

"I think 10 years from now, 15 years from now, people will want to learn the history of what happened here and we want to be careful to preserve that in every way that we can," said Conley.

That is something many people support.

"Have a permanent memorial, I'm all for it," said Tony Williams who has visited the memorial 3 times. "I will never forget and we must never forget."