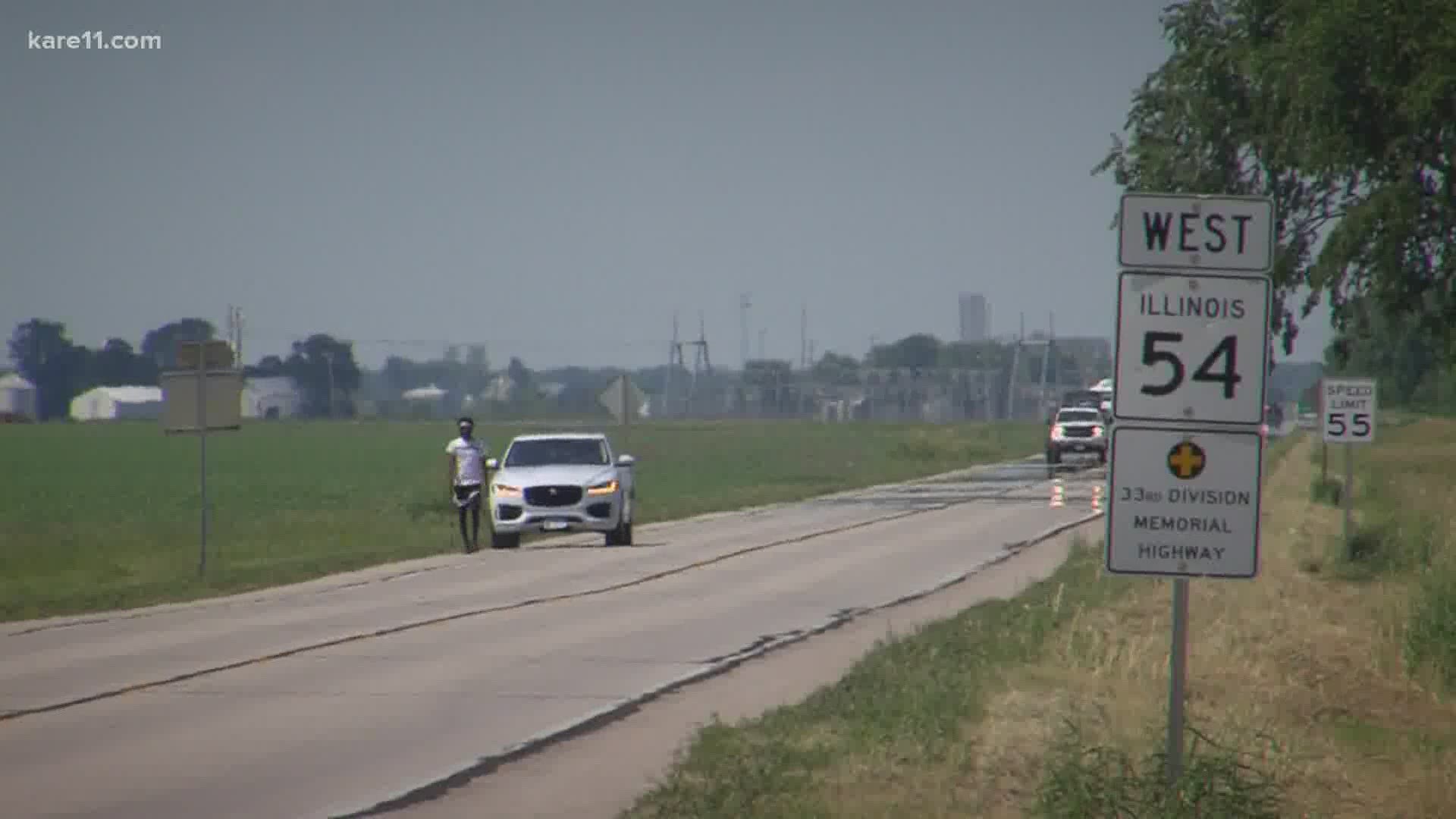 MINNEAPOLIS — One thousand miles. Terry Willis isn't scared of that number. In fact he pledged to walk it, from Huntsville, Alabama to 38th and Chicago Avenue in Minneapolis.

The video that captured George Floyd's last moments broke the hearts of millions of protesters around the world. However, it didn't break Willis. It put him into motion.

"I watched that video and the emotions behind that was -- they were just all over the place," he said. "So I thought to myself, I need to do something and what's one thing I can do?"

He said he decided to do the most extreme thing he could think of. Walking a thousand miles to bring awareness to Floyd's case. He's never been to 38th and Chicago in Minneapolis, but he said he can see it so clearly.

"The message that I want to get through to everybody is simple," he said. "We're all humans. Let's stop judging each other based off the tone of our skin. That's really what it is. Just treat me like you want to be treated. Treat me like a human."

When asked if he's ever disappointed about the fact that people still have to fight for basic human rights in the year 2020, he said the thought does cross his mind sometimes.

"Yeah, I'm walking for something great but I'm also making history doing this march," Willis said. "The sad thing is I actually have to do this."

The walk has taken Willis through places he'd never imagined he'd ever go. Through cities, through cornfields of central Illinois. Willis walks while someone drives behind him to navigate. Together, they don't lose sight of where they're going, or of hope.

"I believe things will change as they are already," he said. "I don't think we'll ever lose momentum. I think George Floyd's death was a turning point for everybody in the world and now we're coming together."

All his bets are on faith. He believes things will be different and that the future will be better for his 7-year-old son, Dallas Willis.

Willis added that he feels Floyd's presence on his walks.

"George Floyd, he sees this," he said. "I feel like he's walking with me, he's going to help me cross that line. We'll get there."