If you run across a portrait on a yard sign, it just might be Face Me Por Favor. 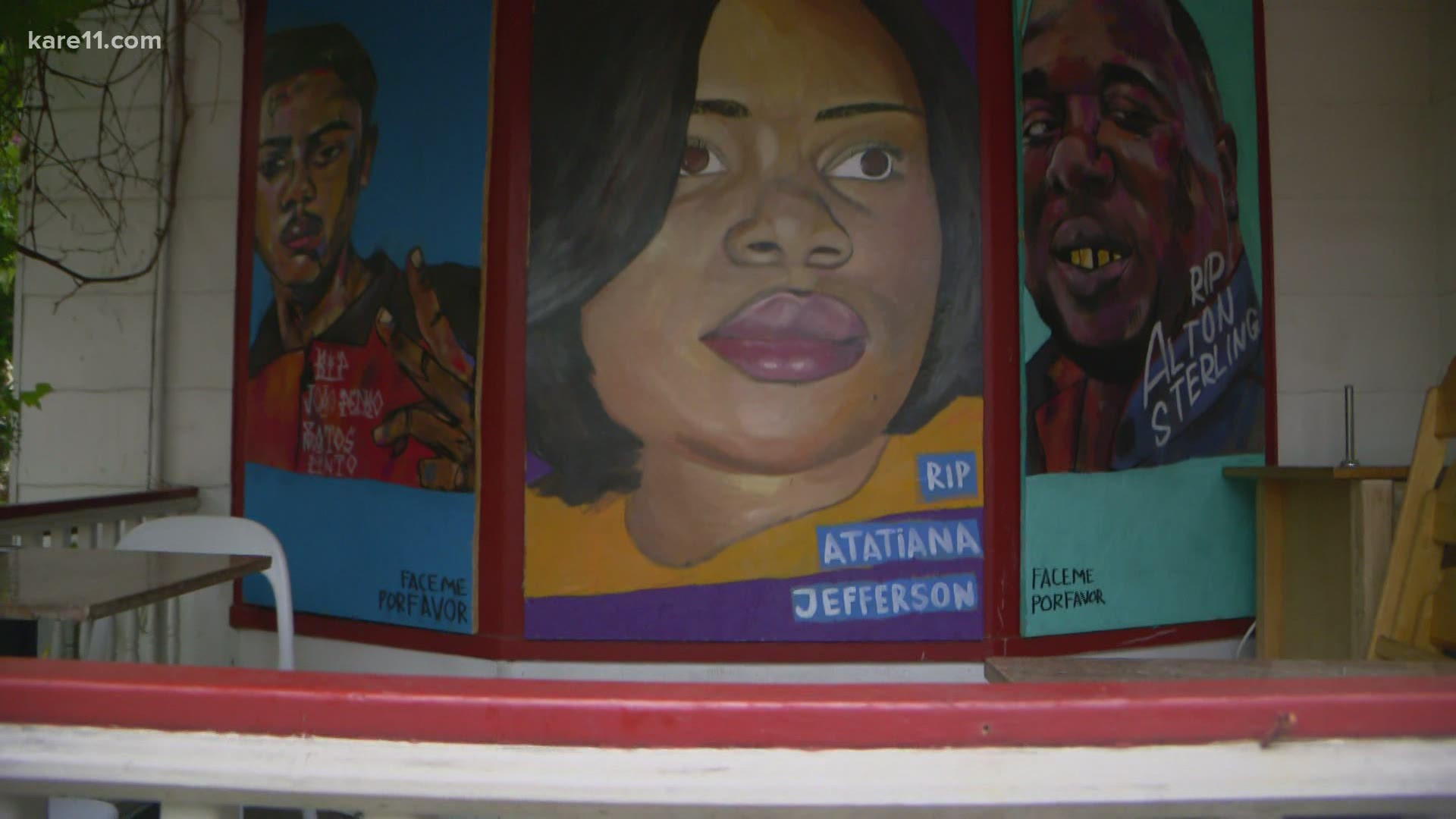 MINNEAPOLIS — The past few months with the pandemic and the murder of George Floyd, we've been through a whole lot as a city.

Operating on the notion that art heals, two artists in the Twin Cities are doing what they do best. They're trying to bring hope and all of us together again through their work.

In the aftermath of pain and hurt, from charred ashes of burned down buildings, art began to sprout in Minneapolis. Beautiful murals capturing images of George Floyd and messages of unity lined Lake St. and the Uptown area.

"I think murals have that way of communicating with everybody who is around them," VCKSZ said. VCKSZ (pronounced Vicks) and Limpio are two artist who are behind the Face Me Por Favor project.

The two artists began in Argentina. Through grants, they've made their way through the U.S. and ended up in the Twin Cities. They arrived just in time to offer their talents at a time a city needed hope the most.

"For us, as soon as it happened, we started making a lot of different murals on the plywood that was covering all the shops," VCKSZ said, referring to the death of George Floyd.

"It's something we can give back to the community," Limpio chimed in.

Their original project was also one that threads the beads of hope through connection.

"We started doing this project called Don't Throw This Away, which are yard signs with portraits and phrases from anybody living in the Twin Cities," VCKSZ explained. "We just wanted to share the experience of people being in isolation or how they feel about the pandemic and COVID. When George Floyd was murdered, we just kind of left that a little bit aside."

Now, the duo is back on track. Asking a simple question of, 'what's your story?'

"One person from St. Paul said she was pregnant and having this situation was terrifying and that she was sad and worried," VCKSZ said. "That was very powerful."

She explained that they ended up doing a portrait of her and leaving it near Powderhorn Park. Like a dandelion seed making its way to wherever, Limpio and VCKSZ said they like to spread out their portraits.

"Different people can connect with you in different areas," Limpio said. "We don't give out their location. It's kind of like if you find it, you find it. If not, no worries."

Their portraits scattered throughout the city might just be the visual reminder we need, that says we're all in this together.

"It seemed like it was a way of healing for them to just like tell the story to someone that they don't know and allow us to do a portrait and some art and put it out there" VCKSZ said. "It is an amazing feeling every time we get an email from somebody. This makes us super happy. It makes us keep on going, like this is important."

If you want to be a part of Face Me Por Favor's 'Don't Throw This Away' project, you can find information here. Through their website, you can submit photos of yourself and answer a few personal questions so the artists can pull quotes from your answers.

RELATED: The story behind the BLM mural on Plymouth Ave