Civil rights attorney Ben Crump said the death of Black men at the hands of police is "a public health crisis" in America. 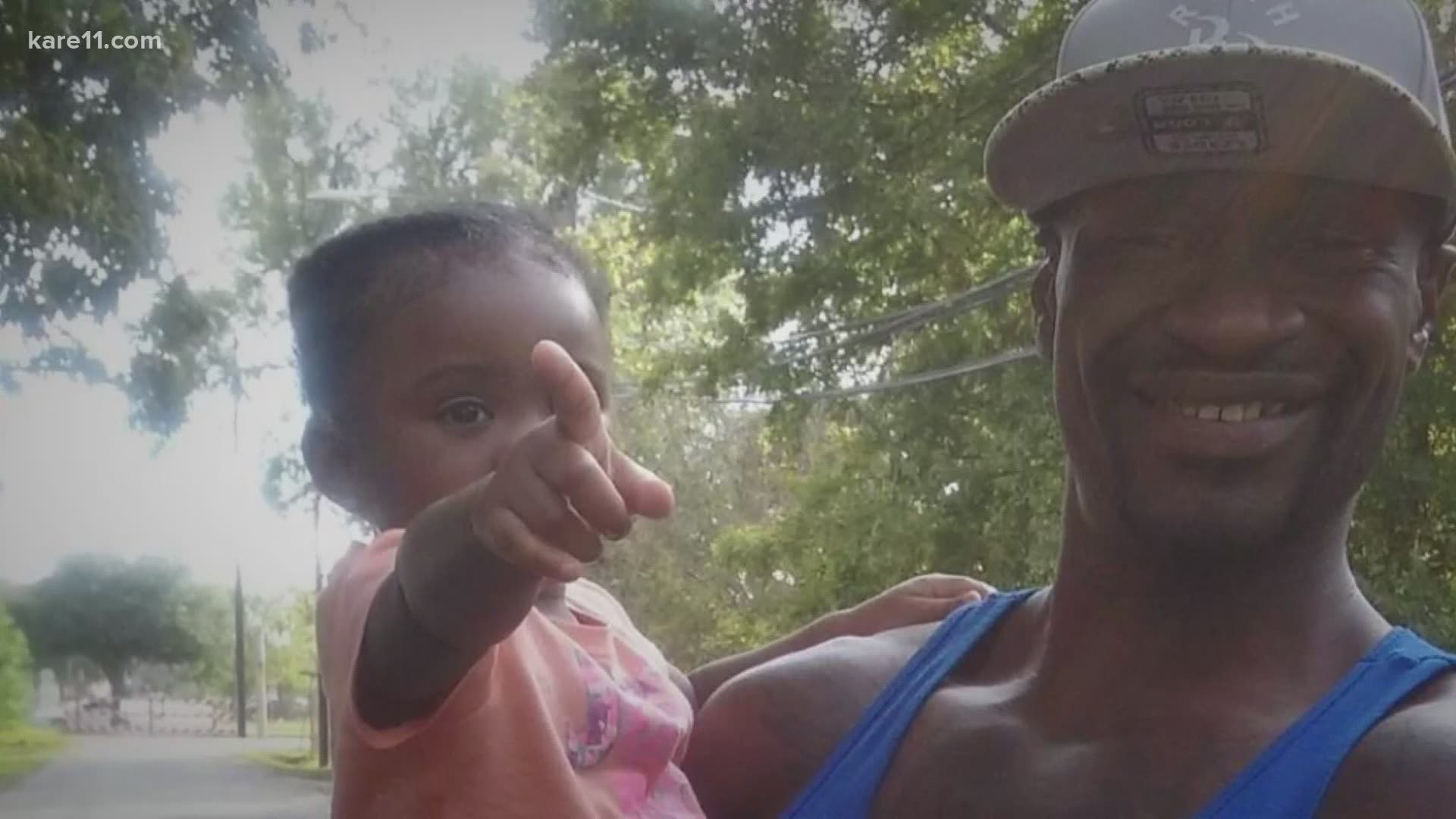 MINNEAPOLIS — Attorneys representing the family of George Floyd have filed a federal wrongful death lawsuit against the city of Minneapolis and the four former police officers charged in Floyd's death.

The federal lawsuit was filed Wednesday in the United States District Court for the District of Minnesota.

During a press conference, attorney Ben Crump told reporters that Floyd's death while in custody of Minneapolis police is "an unprecedented case," calling for an unprecedented legal action.

"It was not just the knee of Officer Derek Chauvin on George Floyd's neck for eight minutes and 46 seconds," Crump said. "But it was the knee of the entire Minneapolis Police Department on the neck of George Floyd that killed him."

The civil lawsuit asserts that MPD trained its officers that a "neck restraint was an authorized form of non-deadly force" and encouraged officers to “compress veins, arteries nerves, and muscles of the neck” of arrestees. Floyd's legal team said training materials offered to officers in 2014, including defendants Chauvin and Thao, depict an officer placing a knee on the neck of an arrestee who is handcuffed in a prone position.

“The city of Minneapolis has a history of policies, procedures and deliberate indifference that violates the rights of arrestees, particularly Black men, and highlights the need for officer training and discipline," Crump said.

Crump maintains that what happened to George Floyd was not an isolated incident, but a reflection of departmental indifference and a culture that encourages excessive force and racism to devalue people of color. The lawsuit also lays blame at the city's feet, saying that leaders showed indifference in failing to correct or change the practices of its police force.

"This is a crisis in America, a public health crisis," Crump said, while describing the issue of Black men dying at the hands of police officers. "This is the tipping point for policing in America."

“W.E.B. Du Bois defined liberty, in part, as the “right to breathe,” reflected co-counsel Antonio Romanucci. "For decades, the Minneapolis Police Department’s practices have unlawfully stolen the basic liberties of Black citizens, leaving them afraid and unable to breathe. The most recent example of this is the brutal, public, and unjustifiable killing of Mr. Floyd by police officers under the color of state law, which galvanized a nation to demand real change and achieve real justice.”

While no one on the Floyd family legal team would name an exact financial amount being sought, attorney L. Chris Stewart said often the only thing that will make city and police leaders act to make change is the prospect of a large settlement.

“What the world should understand with these civil lawsuits, it's not just a money grab, it's not about that," Stewart said. "It's about accountability. We're tired of seeing African Americans pacified with simply an arrest. That's fine, but we want full prosecution, and we also want the city to understand responsibility. And cities and companies only talk in dollar bills, sadly. This team here is to make sure 'Black worth' matters. We're here to ensure that the amount given at the end of the day is commensurate as to what he (Floyd) went through."

The office of Minneapolis Mayor Jacob Frey said he could not comment on pending litigation, but interim City Attorney Erik Nilsson did address the lawsuit in a written statement. “George Floyd’s death is a tragedy. The City is reviewing the civil lawsuit filed by his family and will be responding to it," Nilsson said. "Criminal charges are pending against four Minneapolis police officers and it’s very important that the criminal case proceed without interference.”

Chauvin has been charged with second-degree murder.

RELATED: Attorneys for Tou Thao, Thomas Lane ask for Keith Ellison to be held in contempt

RELATED: Attorneys for all defendants in George Floyd case object to gag order

RELATED: Officer to Floyd: 'It takes ... a lot of oxygen to talk'