Some Minneapolis businesses in the area of George Floyd Square, say the past year has been a big struggle and want the city to step in and help. 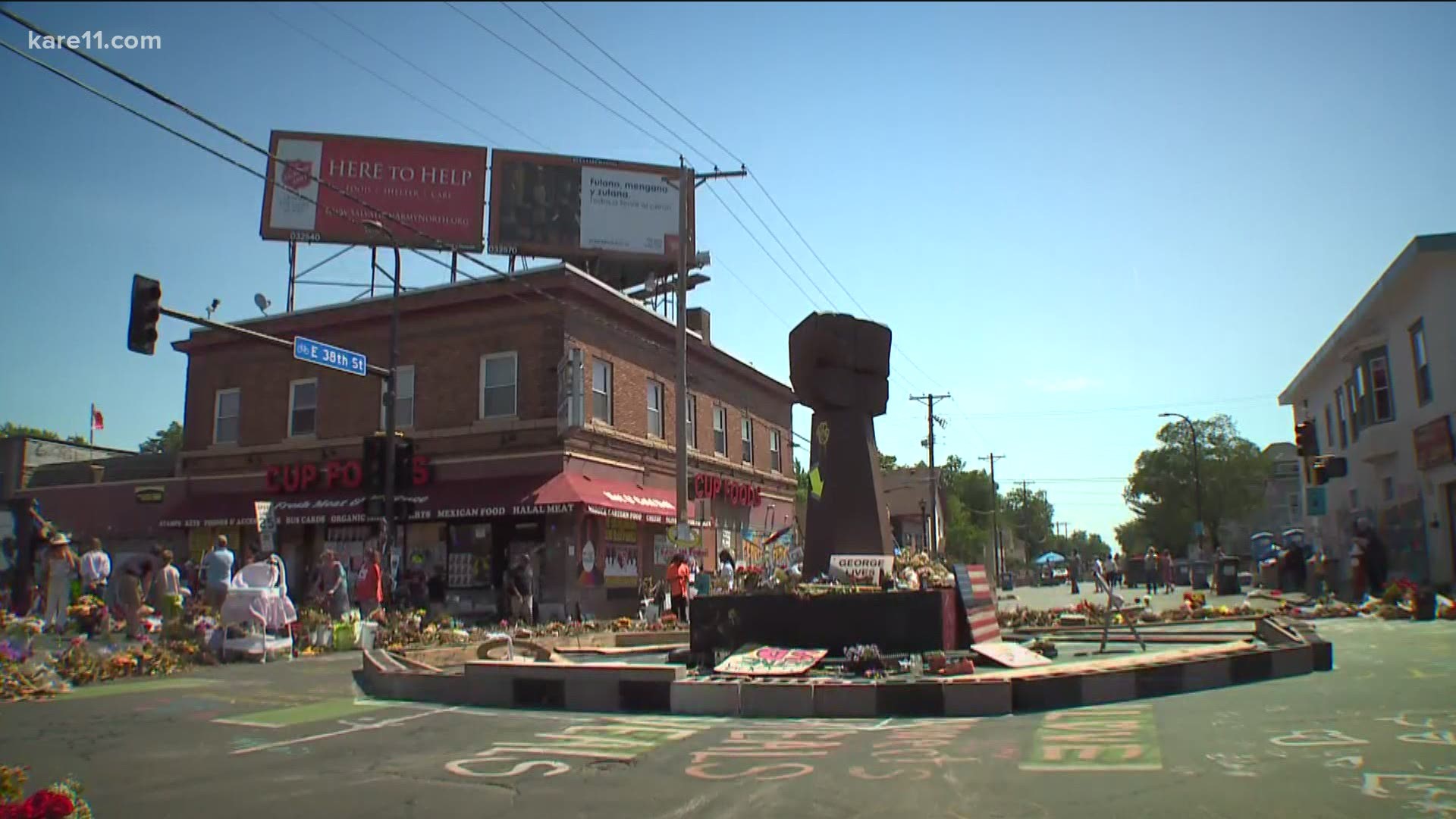 MINNEAPOLIS — Rashad West owns Dragon Wok, which is located on the corner of 38th and Chicago in George Floyd Square.

He’s one of several Black owned businesses with the 38th Street Black Business Collective that have called the intersection home - long before the death of George Floyd.

“It’s been a bit turmoil,” says West. “Besides the mental health factor that’s a big deal to us, the streets are closed and it’s cut down 70% of revenue we’ve been able to bring in, and it’s been almost impossible to have people come because the aspect of violence,” he says.

West says now these businesses are left in the shadows, after George Floyd died under the knee of a Minneapolis police officer last year.

“We felt like we were in the shadows of what was going on, we felt like the city was talking to people holding the barricades, but not the residents and business owners here,” he says. “I’ve come to realize today, there aren’t funds directly allocated for businesses here.”

West says it may be hard for businesses like his to sustain, until then.

“I have savings, but at this point we are trying to maintain, and we are almost in the danger zone,” he says. “You fight off COVID-19, the tragedy of George Floyd, but when the street is closed and you can’t have people come out as they please, it’s impossible to market things,” he says.

While he understands the space as a place for healing, he’s asking the city to take a stand and help businesses struggling to make ends meet.

“I would like the city to take a stand and say, “We are taking precautions before we open, and here’s some aid for business owners and residents, while we figure this thing out,” he says. “Of course, I want justice, but they have to understand they are hurting black business owners like myself.”

West says his business and several others are open and have take-out and delivery options. He’s urging people to call businesses in the area to find out options for service.

If you would like to help, there’s a GoFundMe set up for the businesses here.