The Minnesota Spokesman-Recorder is published by the granddaughter of its founder. 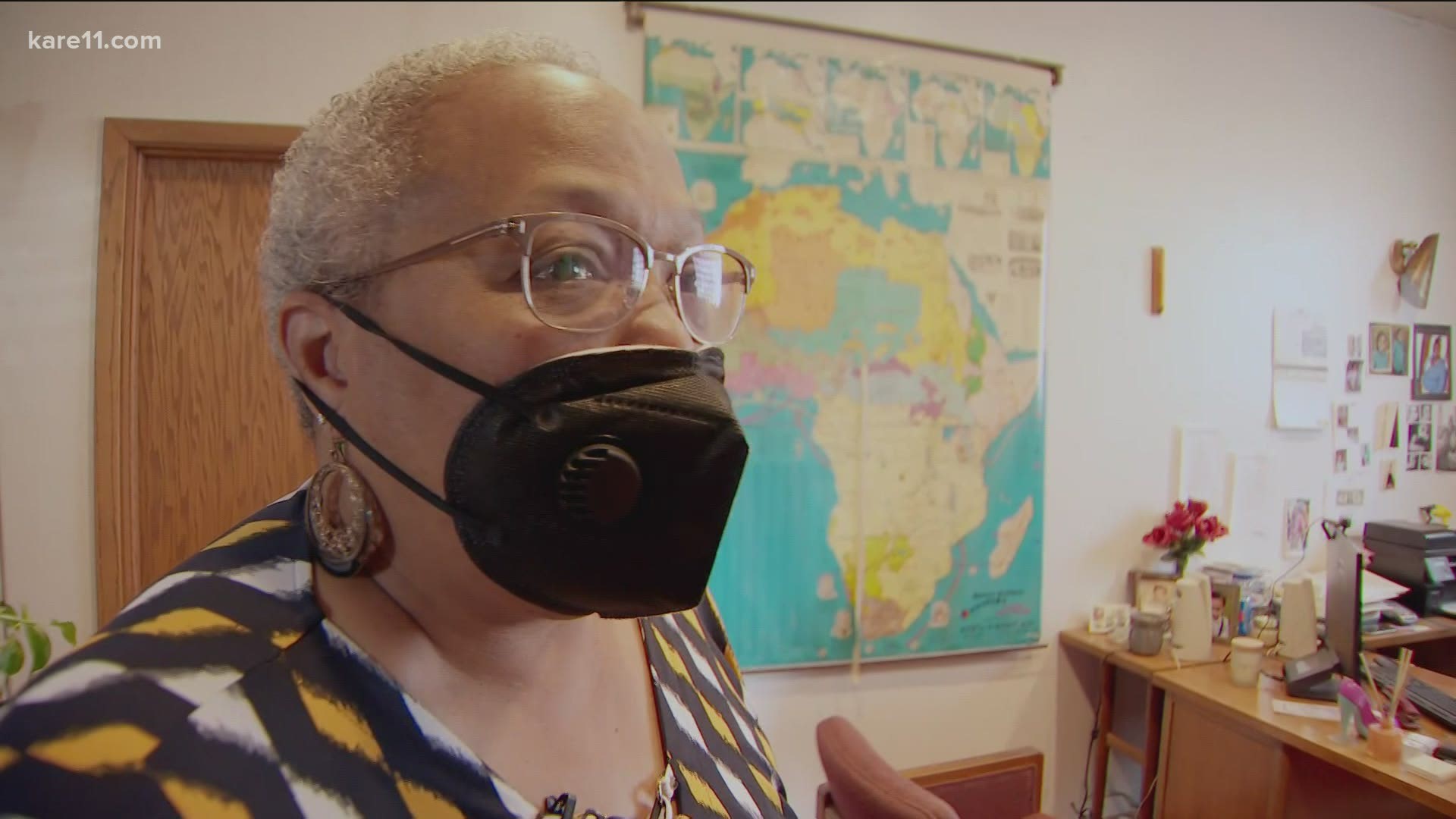 MINNEAPOLIS — If 38th & Chicago was the flash point of a movement, six blocks away stands an 86-year tender of the flame.

Publisher Tracey Williams-Dillard stands within sight of the front door, beneath a black and white portrait of the paper’s founder.

“This is my grandfather, Cecil Newman,” Tracey says.

The framed photo of the smiling man seated behind a cluttered desk hangs near an old employee time clock and other vintage items, giving the newspaper lobby a museum feel.

“This is called an Addressograph machine,” Tracey says as she works the mechanism of an ancient office machine that once dispensed the mailing labels for the paper.

“I was 8 years old when I ran this machine,” she says with a laugh.

Across the lobby, she points to a black manual typewriter with silver keys. “This was the first typewriter that he used to type the stories,” Tracey says of her grandfather.

The story of the Spokesman-Recorder starts with 17-year-old Cecil, a passion for writing, and a move from Kansas City to Minneapolis in his search for a more progressive northern city.

Yet, Cecil realized he couldn’t outrun racism when he stopped at a restaurant not long after arriving.

“He ordered a hamburger and it was laced in salt,” his granddaughter says. “So, he knew then he had a long way to go and a lot of work to do – and he got busy.”

Cecil launched the Minneapolis Spokesman, and then, in a bid for more advertising revenue, the St. Paul Recorder.

In the pages of his papers, the young publisher celebrated the accomplishments of African Americans in the Twin Cities, while laying bare the challenges that remained.

“He wasn't one of them pounding on the desk, you know, bullhorn. He was just a humble, nice, gentleman,” Tracey says. “His way of effecting change was with a pen - and he didn't let up.”

In 1954, Cecil moved offices from downtown and broke ground for his own building, a one-story brick and glass structure with a view of the Minneapolis skyline up Fourth Avenue.

Cecil never lost sight of the centers of power.

“Because he knew that was where the change could come,” Tracey says.

Cecil gained a friend in Vice President Humphrey, and the respect of Twin Cities’ business leaders.

But the newspaperman fell short of his goal of equality when a heart attack took Cecil, 44 years before his paper's biggest story, six blocks away.

The death of George Floyd owned the front page of the Spokesman-Recorder, while the paper’s very existence was being threatened.

With the neighborhood smoldering, Tracey made the decision to board up the building her grandfather had built.  A work crew put up the plywood while she was away.

“And then to pull up and to just see it boarded up, it took my breath and I couldn't believe how emotional I got about it,” she says.

Still, she never missed an issue of the weekly paper, not then, or eight months later, when Tracey’s husband Robert died of COVID-19.

“It's still hard,” she says, not even four months after Robert’s death.

Tracey wipes away the tears that come at unexpected times. Robert was her biggest supporter.

“They kept telling me he was really sick,” she says, “but I kept praying he would come through.”

And now, the Chauvin trial dominates the front page of the paper Tracey's grandfather started, her grandmother stewarded, and then handed over to Tracey.

Ever mindful of the legacy, Tracy works from the same desk her grandfather occupied – his books still in the cases where he left them.

“I've got his name still on the door,” she says, pointing to the entrance to the office.

The name on the door and the headlines in her paper are a constant reminder that the work her grandfather started still isn’t done.

“That's why it's still a need to have this paper,” Tracey says.

A story that started in dog-eared pages stacked in a back-room archive, is still being written up front.

“I would go as far as to say it represents love,” Tracey says of the Spokesman-Recorder. “Because this paper was put together with love.”

Within the walls that Cecil built, love is in the lineage.