Community helps clean up burned buildings across Minneapolis after riots

Hundreds of people came together to help clean up the community that has been burned following nights of unrest. 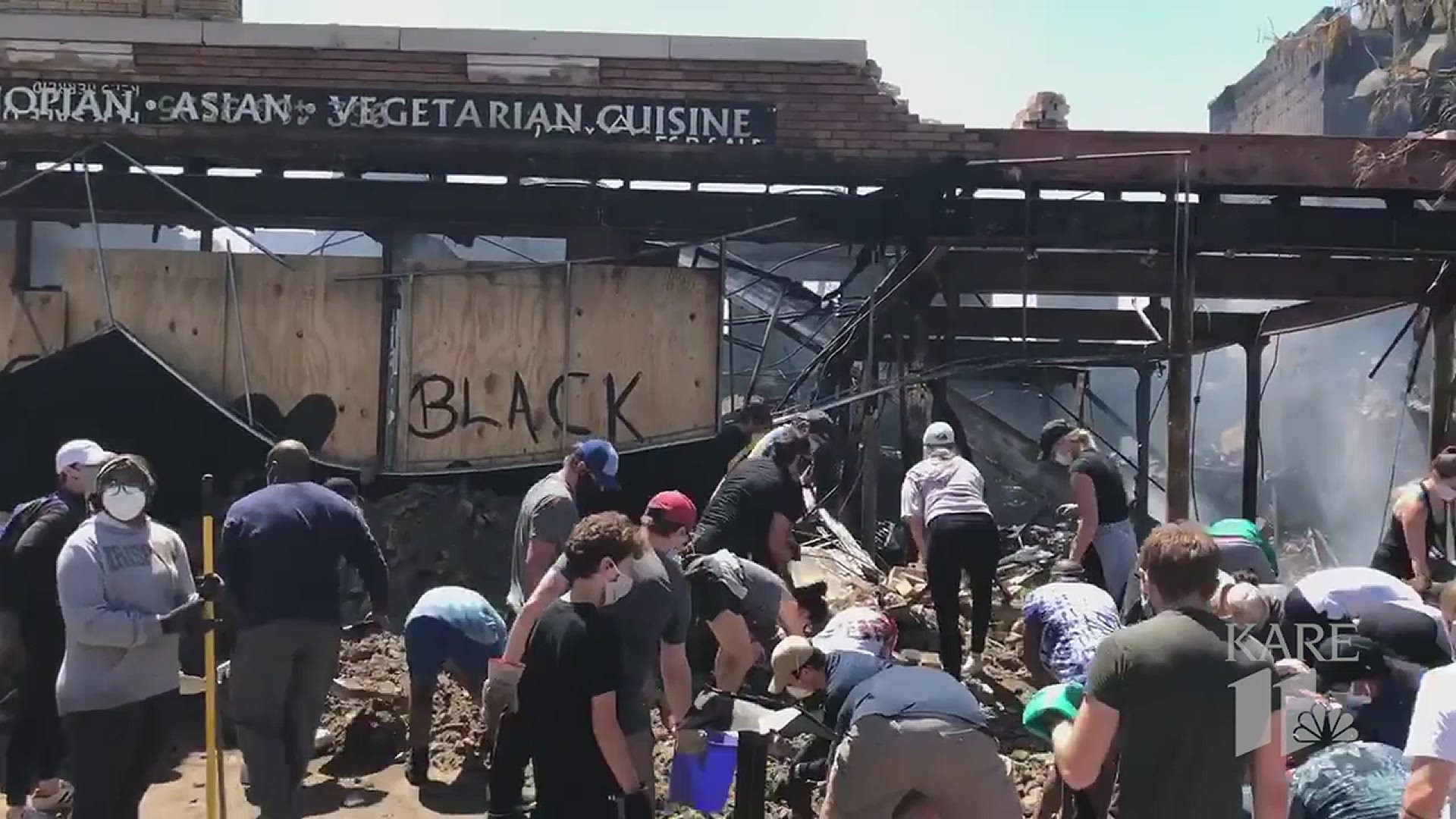 MINNEAPOLIS — After rioting and fire tore through Minneapolis following the death of George Floyd in police custody, the community came together on Saturday to clean up burned buildings throughout the city.

Hundreds of people came together to clean the outside of a burned down Target across the street from the Minneapolis Police Department's 3rd Precinct station, as well as a post office and other locations in the Lake Street neighborhood where protests had taken place after Floyd's death.

Volunteers even worked to put out a fire at a Wells Fargo building. The KARE11 team was at several cleanup sites in the city.

Minneapolis Police Department Chief Medaria Arradondo on Saturday recognized the community members working to clean up the city and help out their neighbors.

“We are not going to let a group of people hijack this city. Hope is here," Chief Arradondo said. “Anyone who would set fire to a person’s livelihood and business, they do not love this city.”

To help curb more protests and fire, Gov. Walz and local leaders have issued curfews for most cities in the metro, requiring people be inside their homes after 8 p.m.

RELATED: Walz: 'Tonight will be different' as state plans to ramp up riot response

Arradondo also made it clear during the press conference that anyone who is out past curfew standing near someone committing arson is complicit in harming the community.

Walz urged people to stay off the streets and stay home so that state and local law enforcement can target those committing violence.

Protests erupted throughout the city for several days after Floyd, a black man, was killed by former Officer Derek Chauvin, who is white, and has since been arrested and charged.

In a widely circulated cellphone video of the Minneapolis incident, Floyd can be seen on the ground with his hands cuffed behind his back while Officer Chauvin presses him to the pavement with his knee on Floyd's neck. The video shows Chauvin holding Floyd down for minutes as Floyd complains he can't breathe.

Bystanders can be heard begging the officer to take his knee off Floyd's neck. The video ends with paramedics lifting a limp Floyd onto a stretcher and placing him in an ambulance.

Chauvin was charged on Friday with third degree murder, but they are continuing to review the evidence, and there may be subsequent charges later. He was also charged with second degree manslaughter.