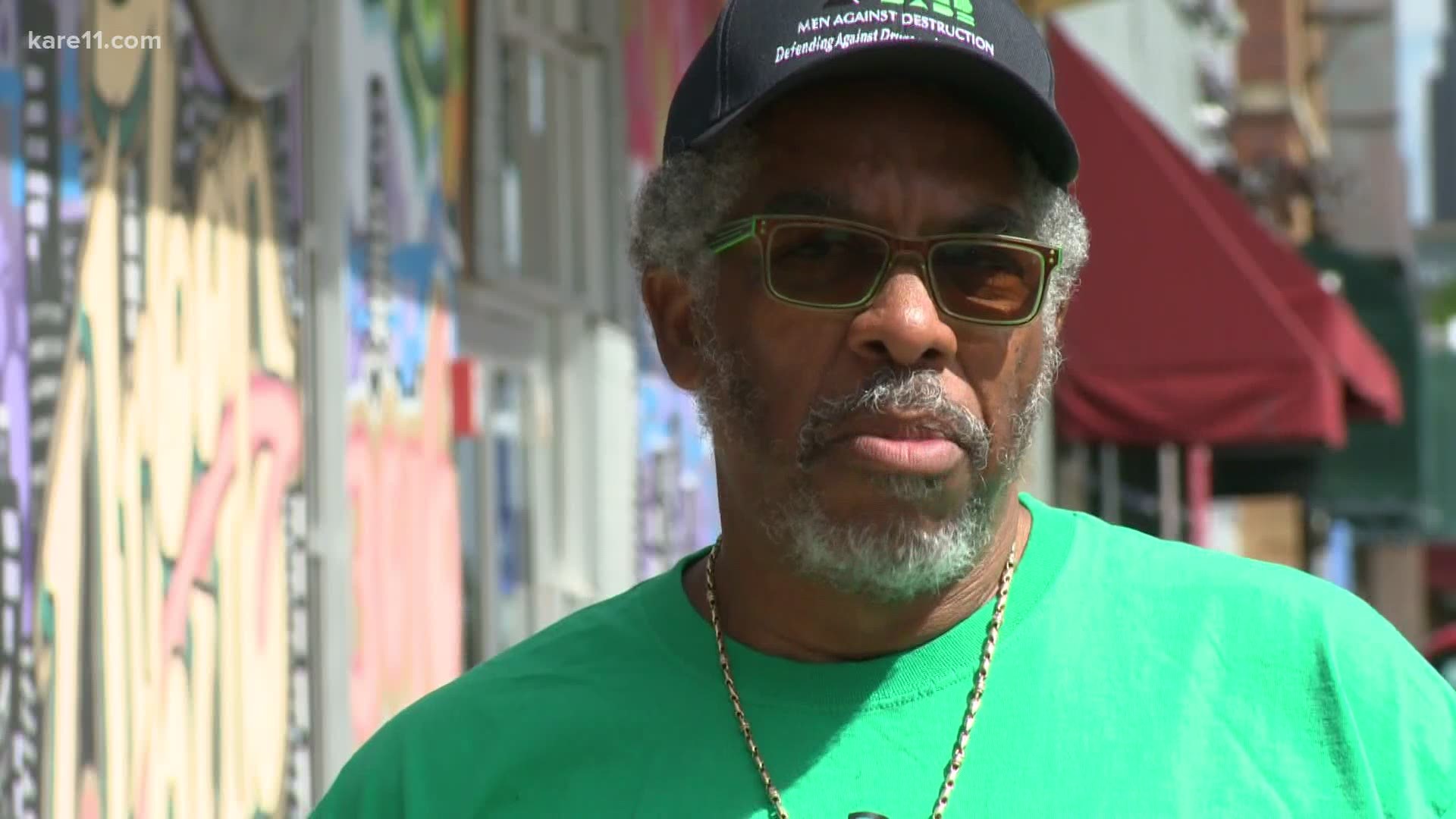 "It's heartbreaking, it's senseless and it has to stop," said Trahern Pollard, founder and CEO of We Push For Peace. Pollard created the nonprofit more than 10 years ago as a resource and advocate to those in the inner city.

The city of Minneapolis has reached out to Pollard and many other community organizations, including local faith leaders, to help with violence prevention. A spokesperson for Mayor Jacob Frey said some of these groups have contracts with the city for ongoing coordination and community support in city initiatives and some of them don't.

On Monday, Mayor Frey said in a news conference that the city is actively engaged with dozens of community organizations including MAD DADS, A Mother's Love and the NAACP.

RELATED: Uptown shooting survivor: 'Every time I close my eyes, I get flashbacks to that night'

All of these events, from George Floyd's killing to the mass shooting in Uptown, have happened within the last month.

According to the MPD crime dashboard, out of the 26 homicides so far this year, 11 have happened in the past month.

"We're out on the streets, boots on the ground, day in, day out talking to some of the young men and women in regards to being able to hash out any differences," Pollard said.

Lisa Clemons, founder of A Mother's Love, spoke to reporters Monday from the scene of a shooting in north Minneapolis.

"We spend too much time talking about it and not enough time in the room saying what we're going to do about it. We have a lot of people with a lot of ideas that are never brought to the forefront," Clemons said.

Smith said for more than 20 years, MAD DADS has had partnerships with the community.

"Even though we have all these partners, many of us... I'm talking about African American leaders, have never had the resources that we needed to fully do the job that we need to do," Smith said.

He went on to say, "When I look at the whole playing field I realize that it's going to take all of us collectively to come together to make change."