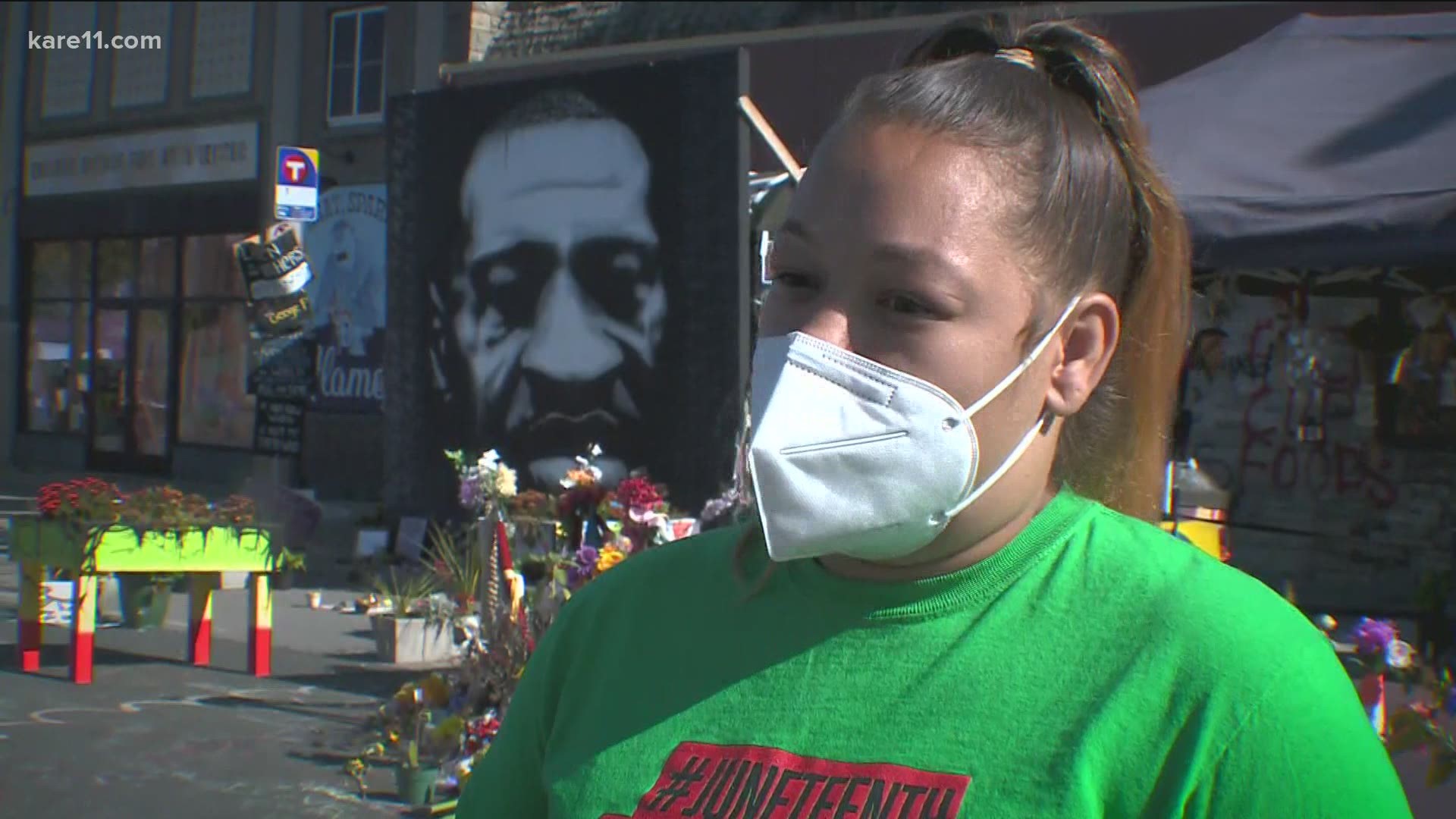 But here at the place where George Floyd took his final breath, Kia Bible says she couldn’t believe the news.

“Disbelief, absolutely, people were like yea, right, that didn’t happen,” says Bible.  She says people from all over came out to the intersection of 38th and Chicago.

To cry, to mourn, to heal. “We also had a candlelight vigil where the churches came together about 6:30 to just kind of keep the peace, let people know that this is still a place of healing,” says Bible.

Floyd’s death sparked protests across the country after bystander video showed Chauvin kneeling on Floyd’s neck for more than eight minutes. Three other officers were also charged in Floyd’s death.

“Dealing with COVID-19, schools closed, and George Floyd and the young people being killed and the protests and how do we combine all of that together - that is like a dynamite ready to explode,” says Martin.

While people say they are focused on healing the community, they are still dealing with the trauma of George Floyd’s death.

“You go and confide with somebody and tell them this is really what you need to heal and just not being given that space to do it,” says Bible.

They’re hoping for justice and peace, as people flock to the streets in protest. “We know that the families are hurting but we have to wait for due process,” says Martin.