For some, the reopening comes as a surprise. 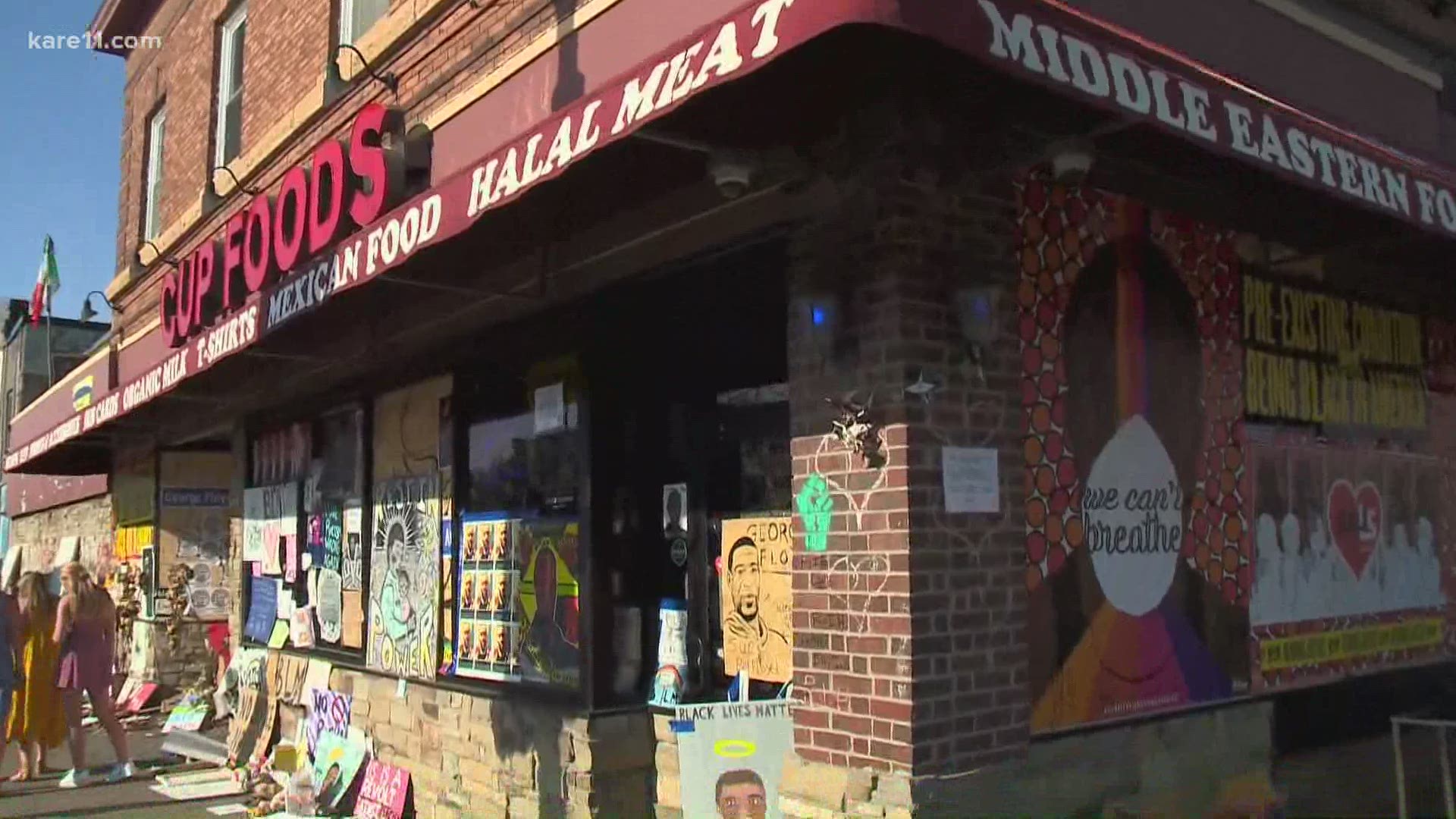 MINNEAPOLIS — For the last 31 years, Cup Foods has served as a staple for the people who live in the neighborhood near 38th and Chicago in south Minneapolis.

On Monday, it was back to business as usual for the family owned business, three weeks after George Floyd died while in Minneapolis police custody.

"A lot of people supporting us and asking us to reopen," said Cup Foods Co-owner, Mike Abumayyaleh.

For some, the reopening comes as a surprise.

"Not saying that they can't open because they are a legit business, but its like the timing is off," said metro area resident Angie Evans. She went on to say, "you’re putting out the presence that you want this to be over and you want this to get done and it's not cool.”

It was a phone call to police from an employee at the store which lead to Floyd's arrest, after reports of forgery, ultimately resulting in Floyd's death, which is why Abumayyaleh says they’re changing things up moving forward.

"We’ve come to the conclusion that it's for the best interest for our employees and patrons that unless there’s a violent crime taking place we’re not going to call the authorities, we’re going to police our own matters," said Abumayyaleh.

Store leaders say they’ve received several threats and have even been blamed for Floyd's death, but on the flip side of all the negative attention, there’s support.

"I don’t think that we should stop supporting them just because ... they were part of the reason ... yeah a misunderstanding," said Minneapolis resident Antasia Lee. She went on to say, "it shouldn’t be blamed on the store manager because they was just doing what they thought should be done, they didn’t think it was going to be what it was.”

While flowers and messages of hope continue to grow near the sacred intersection, it's what some say needs to happen before things return to business as usual.

Leaders at Cup Foods have hired security out of precaution for their safety, as the family owned business tries to move forward from all of this.