The corner store at 38th and Chicago has been a focal point of the George Floyd investigation and memorial. 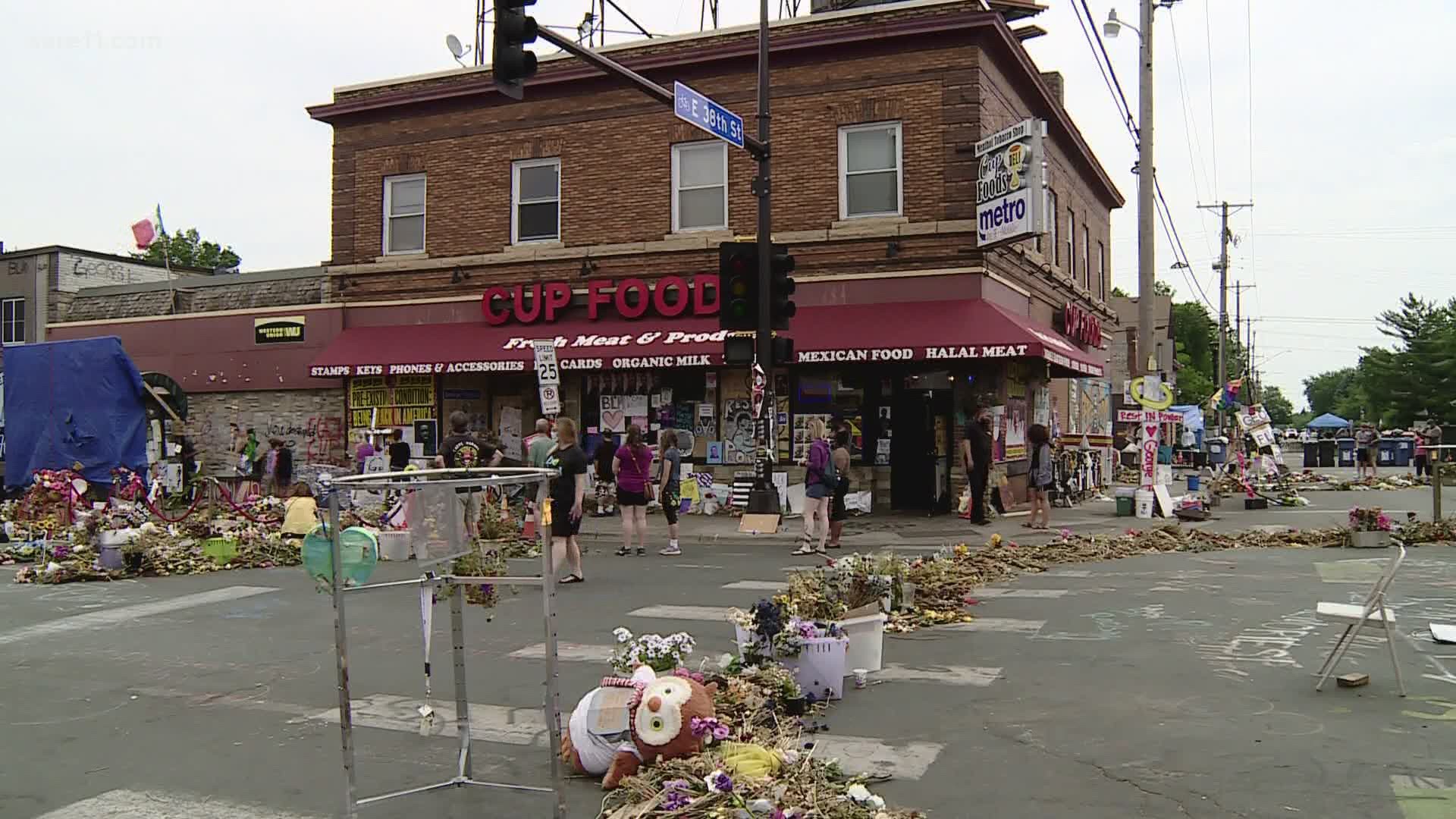 George Floyd died under the knee of a now-fired Minneapolis police officer just outside the store on May 25, after an employee made a 911 call alleging forgery.

Cup Foods had remained closed for weeks after Floyd's death, as a memorial grew in front of the store at the intersection of 38th Street and Chicago Avenue.

The store reopened for the first time Monday, but a co-owner said he's received backlash for reopening, and closed the doors again Thursday.

"We want to stay closed until we feel like its safe to open again," said co-owner Mike Abumayyaleh.

Abumayyaleh also said he's spoken to community organizers for some upcoming weekend events, and they all felt it would be best to keep the store closed.

The 'Agape Movement' is a group made up of twenty or so men who have called the neighborhood home since birth, and have been keeping the intersection at 38th and Chicago secure on their own time since day one.

This isn’t the first time since reopening Monday the store has decided to close up shop.

"We asked them to close it on Monday, they closed it, then they came back again Tuesday and try to open it again so then we’re fussing like man come on why is the store open," said Williams.

Leaders with the Agape Movement, say with the store reopening, its like opening an unhealed wound that hasn’t yet stopped bleeding.

"With this store being open what it do is it has people that’s not from around here that feel the way we feel about what happened to this brother to take their frustrations out on this store," said Williams.

Which is the exact opposite of what this community wants to see happen.

"We don’t want no smoke, but we’re not ducking it neither you see what im saying so we want peace you know and the way we keep peace is to keep everything flowing how its flowing, the store should not be open right now," said Williams.

"He understands what’s going on with the store and how people are going on the internet talking about it you know, its just too much right now," said Dee, a member of the Agape Movement.

As for whether or not this family owned staple will remain closed indefinitely, only time will tell.

"We don’t know, we’re going to take it by day and hopefully open soon as we feel like the community is ready collectively to open back up," said Abumayyaleh.

Cup Foods has been a family staple in the south Minneapolis neighborhood for the last 31 years.