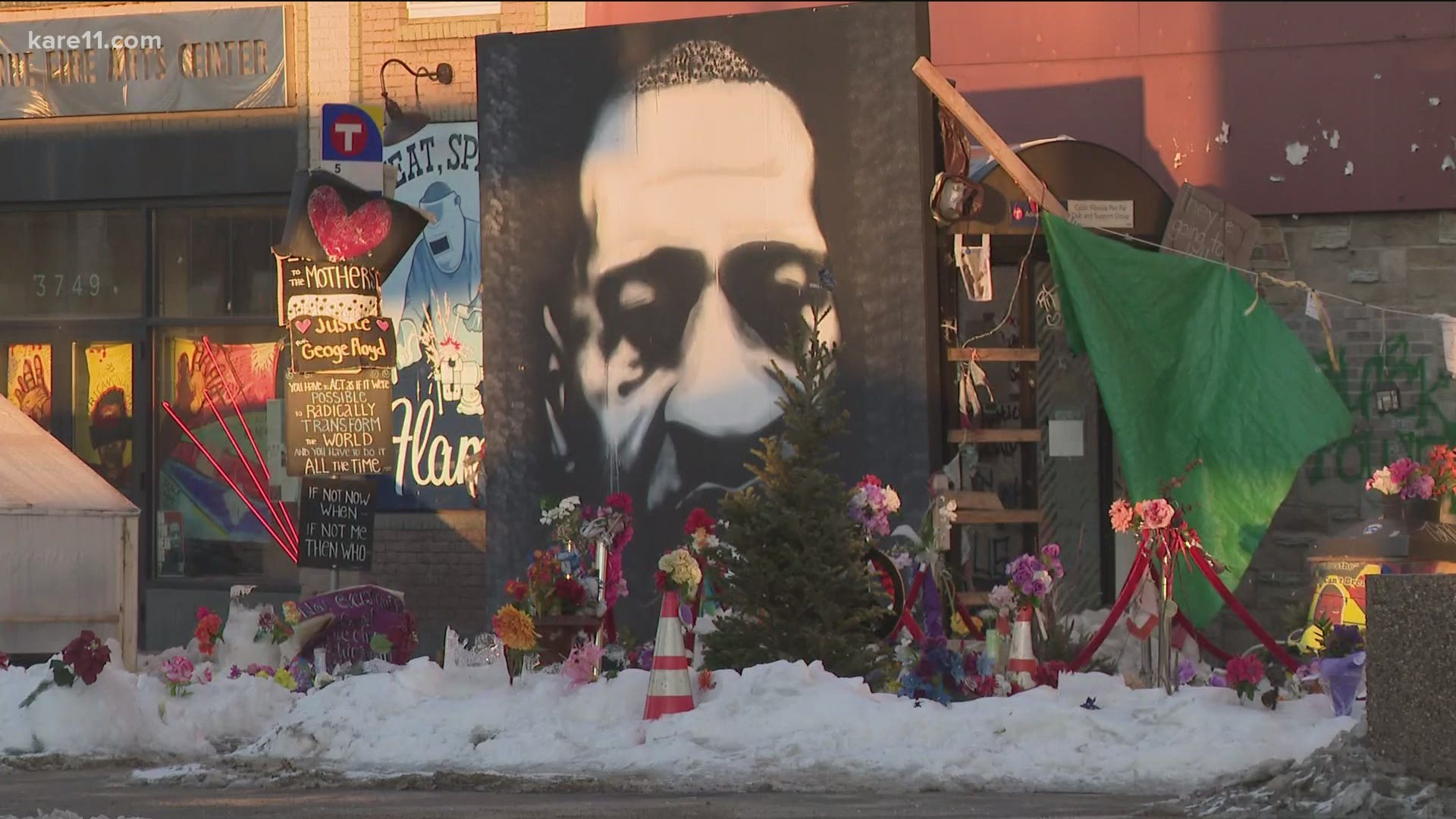 In a statement posted to Twitter Tuesday, City Council President Lisa Bender said it was "past time" for Mayor Jacob Frey to decide on a timeline for reopening the street where a former Minneapolis police officer is accused of killing George Floyd.

"Either the Mayor uses the authority he already possesses to reopen 38th and Chicago as he sees fit, or the Council begins the normal, public legislative process of making this decision for him," Bender wrote.

The intersection of 38th and Chicago was closed shortly after Floyd's death. Since then, it has become a place of reflection, community, mourning and protest -- and above all, a memorial to Floyd.

When releasing the survey's results, the city acknowledged that a small portion of the neighborhood was represented. Around 34,000 people live within a mile of 38th and Chicago, and the city said Black and Latino residents and people younger than 25 were "significantly underrepresented."

In Bender's statement, she said Frey planned to have all City Council members sign a letter of support for "clearing" the intersection. She called that plan an "end-run both around his own authority and the Council's legislative process."

"I will not sign such a letter," she said.

In a Wednesday response via press release, Frey said he had tried to work with Bender "to no avail."

"Refusing to engage in good faith conversation around the future of the intersection or even offer a position, and then presenting this as a ‘mayor or council’ issue – and not a Minneapolis issue – amounts to an attempt to challenge decisions after the fact without taking responsibility now," Frey said. "Avoidable divergence among those entrusted with leading our city could compromise not only our community efforts, but the public’s trust in local government. Let’s unite and get this done."

"I am very clear that the resolution to this issue requires broad, sweeping and transformational change," Jenkins said. "It cannot be done by one of us, or some us, but all of us working together. The community, the city council and the Mayor."

Additionally, Cano said the neighborhood's residents and business owners were impacted by the months-long closure.

"Hundreds of neighbors and small business owners who are directly impacted have reached out to us, pleading for help," Cano said. "As elected leaders, we have an obligation to hear these communities. Residents want to see our local government working together to take action that supports the safety and healing of this community."