The former Minneapolis police officer's body camera captured a phone call from his supervisor after George Floyd was taken away by ambulance. 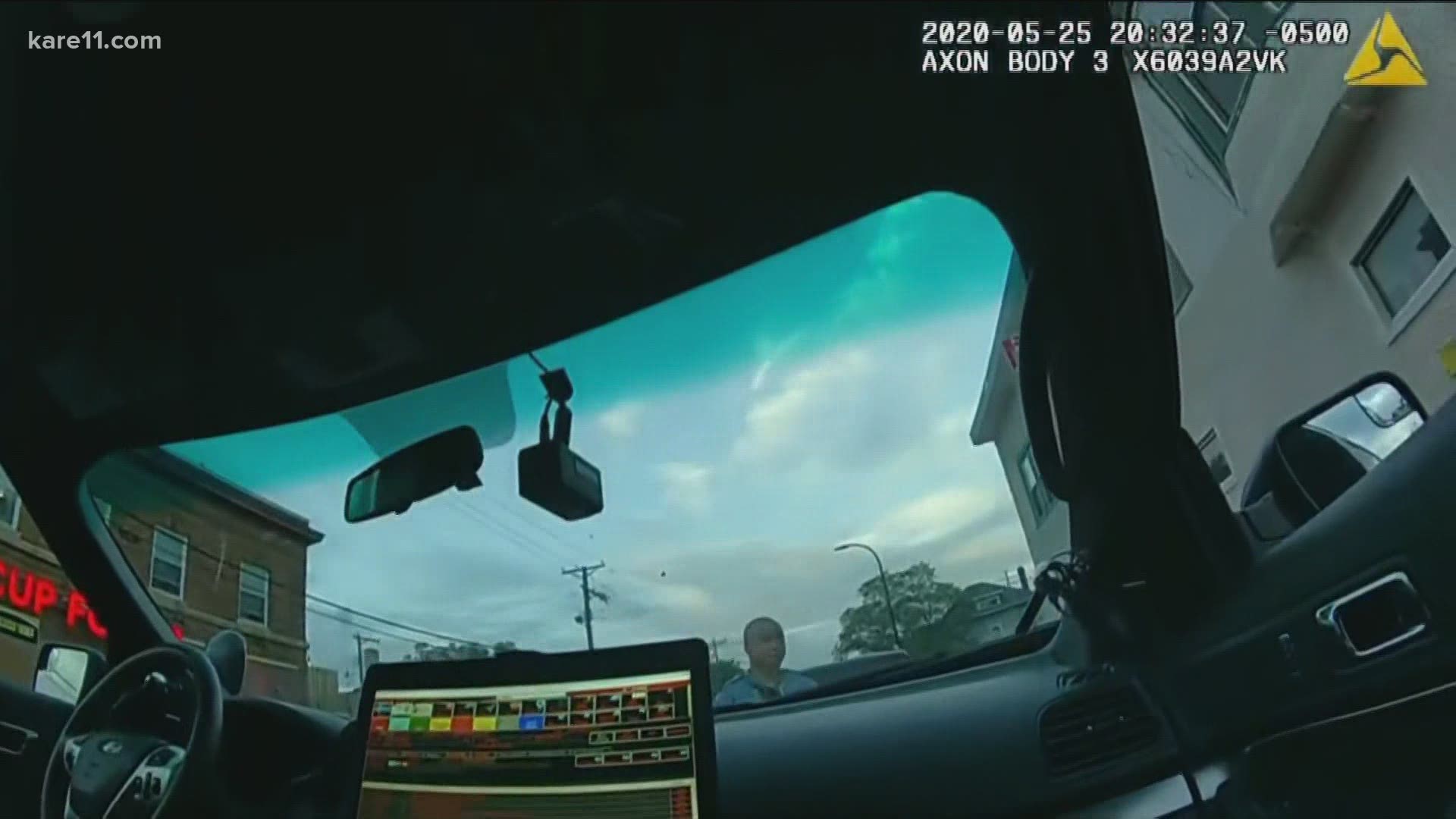 MINNEAPOLIS — The jury heard details Thursday of the conversations former Minneapolis police officer Derek Chauvin had with his supervisor after George Floyd's arrest.

The state called Sgt. David Pleoger to the stand Thursday afternoon. Pleoger recently retired from the Minneapolis Police Department after 27 years with the force. He was the sergeant on duty on May 25, 2020, the day Floyd was arrested and died.

Chauvin is charged with second-degree murder, third-degree murder and second-degree manslaughter in Floyd's death. Bystander video and body camera footage showed Chauvin with his knee on Floyd's neck for more than 9 minutes, while Floyd can be heard saying "I can't breathe" over and over.

Prosecutor Steve Schleicher questioned Pleoger on behalf of the state. For the first time during that testimony, the jury heard that Chauvin did not immediately give his supervisor details about what force he used on Floyd - or how long he used it.

Pleoger first found out about Floyd's arrest when 911 dispatcher Jena Scurry called him that night. Scurry testified earlier in the week about that same call.

Sgt. Pleoger said he remembered Scurry saying she didn't want to be a "snitch," but that she was concerned about something she'd seen on surveillance video. Pleoger said he thought she was potentially just describing a "takedown," which would not require him to visit the scene. He called Chauvin's cell phone at that point, he said.

Schleicher played that call for the jury by showing never-before-seen footage from Chauvin's body camera.

"Yeah I was just gonna call you and have you come out to our scene here," Chauvin can be heard saying. "Not really, but we just had to hold the guy down, he was going crazy ... wouldn't go in the back of the squad."

Chauvin turned his body camera off for the rest of the conversation which Pleoger said was within policy. That policy just changed in early 2021.

Pleoger was asked to describe the rest of the phone call. He said he believes Chauvin told him that when they had tried to put Floyd in the car, he became combative, and he had injured his nose or his mouth. He said Chauvin told him after holding him down, Floyd suffered a medical emergency and an ambulance was called.

Pleoger said Chauvin did not tell him specifically what type of force was used. When Schleicher asked him if he knew how long the restraint lasted, he said, "No, I didn't have any idea."

And back to the Chauvin's body camera -- we have not yet seen all of that final clip that was recorded. Part of it showed Chauvin talking to McMillian. Part of him talking with Sgt Ploeger.

Pleoger learned more about the restraint after talking with the other officers, he said. Schleicher showed the jury a clip of Pleoger's body camera video from the scene. The sergeant can be heard telling the officers to find witnesses and get their names.

"We can try but they're all pretty hostile," Chauvin can be heard saying.

Pleoger found out that Floyd had been taken to HCMC and he decided to drive there himself to check on his condition. He told Chauvin and officer Tou Thao to meet him there. Schleicher showed the jury a photo of the two officers standing in the hallway at the hospital.

The sergeant said he saw staff members working on George Floyd. "I was trying to get a condition update," he said. A nurse told him Floyd was doing "poorly."

The sergeant then called a lieutenant, who told him to ask the officers if they'd used any other force.

Pleoger said when he asked Chauvin, "he said he knelt on Floyd or knelt on his neck, something of that nature." Pleoger said that was the first time he'd become aware that force was applied to Floyd's neck. At that time, he said, Chauvin did not tell him how long he applied that pressure.

Pleoger said someone then approached him to tell him that Floyd had died.