Four former Minneapolis police officers are facing federal charges alleging they violated George Floyd's civil rights when he was killed in May 2020. 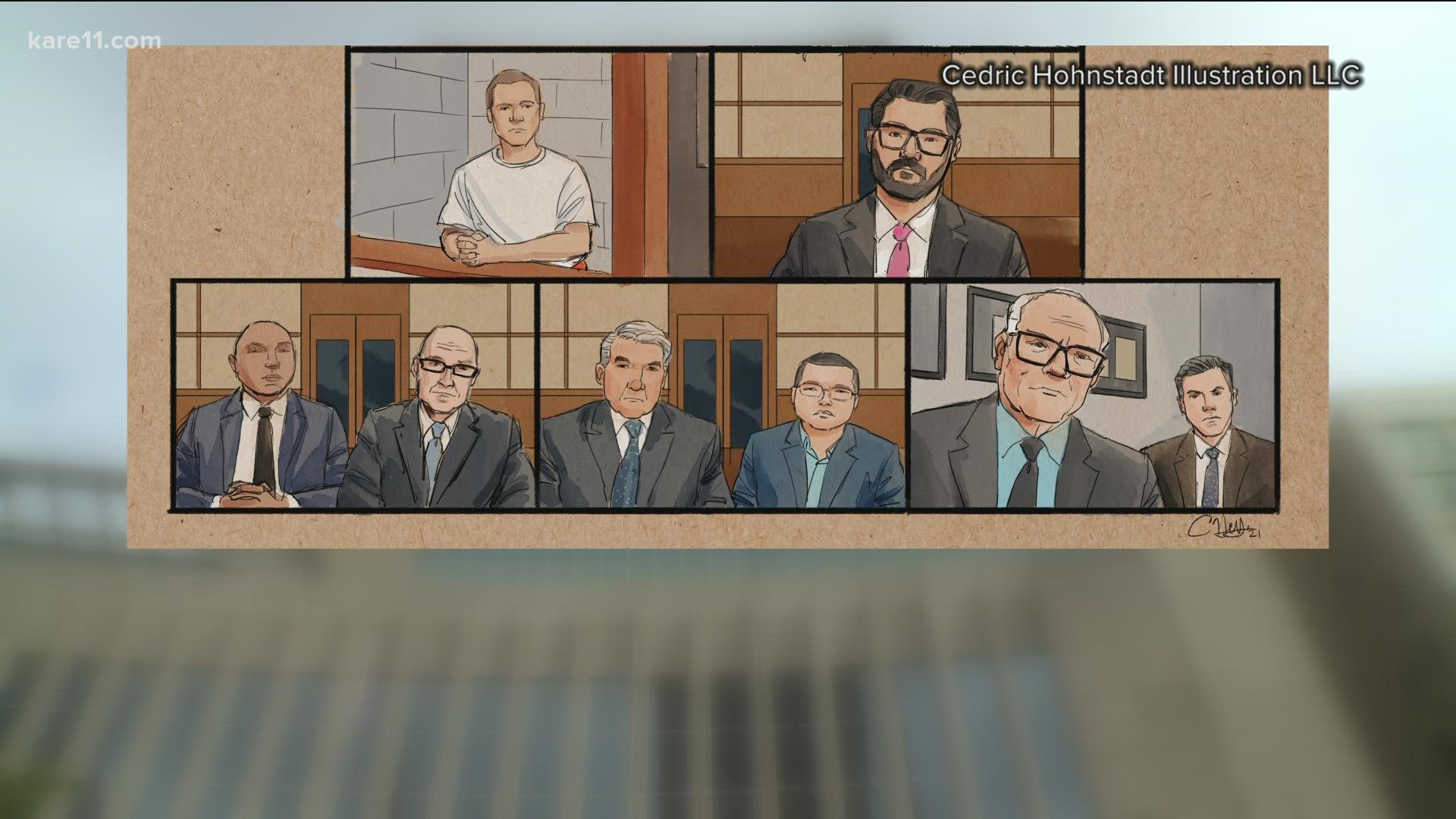 MINNEAPOLIS — Editor's note: The attached video originally aired on May 7, 2021

Derek Chauvin, Tou Thao, Thomas Lane and J. Alexander Kueng will have their charges read to them, and their attorneys and the prosecution will have the chance to argue several motions. Tuesday's hearing is being held remotely via videoconference.

One question brought up Tuesday was if the officers should all be tried together, or if they should have separate trials.

Attorneys for Kueng and Thao said in court filings back in August that their clients would be unfairly prejudiced if they went to trial alongside Chauvin. An attorney for Lane filed a motion asking to join in his co-defendants' request.

During Tuesday's hearing, attorneys argued that it is prejudicial to try Kueng, Thao and Lane alongside Chauvin as he has already been convicted in state court -- something jurors would likely know. However, the judge noted that joined trials are more common in federal court. A ruling on this topic and other motions is expected later.

The federal indictment alleges Chauvin, who was an officer with the Minneapolis police at the time, violated Floyd's right to be free from unreasonable seizure and unreasonable force by police.

Thao and Kueng are charged with violating Floyd's right to be free from reasonable seizure and for not intervening or stopping Chauvin when he knelt on Floyd's neck for more than nine minutes.

All four of the former officers are charged for their failure to provide medical care for George Floyd on May 25, 2020.

Chauvin also faces a second federal indictment stemming from his use of force and the neck restraint of a 14-year-old boy in 2017.

As the Tuesday hearing got underway, all four defendants pleaded not guilty. KARE 11's Lou Raguse is following the trial and giving live updates via Twitter.

All of the defendants pleaded not guilty to their federal charges.

RELATED: Derek Chauvin sentenced to 22.5 years for the murder of George Floyd

Thao, Kueng and Lane still face charges from the state of aiding and abetting both murder and manslaughter for their alleged involvement in the killing of Floyd. Their trial is set for March 2022.