Week 1 of the Derek Chauvin trial: 5 important moments you may have missed

If you’re among those who didn’t catch the most important moments in court, KARE 11’s got you covered. 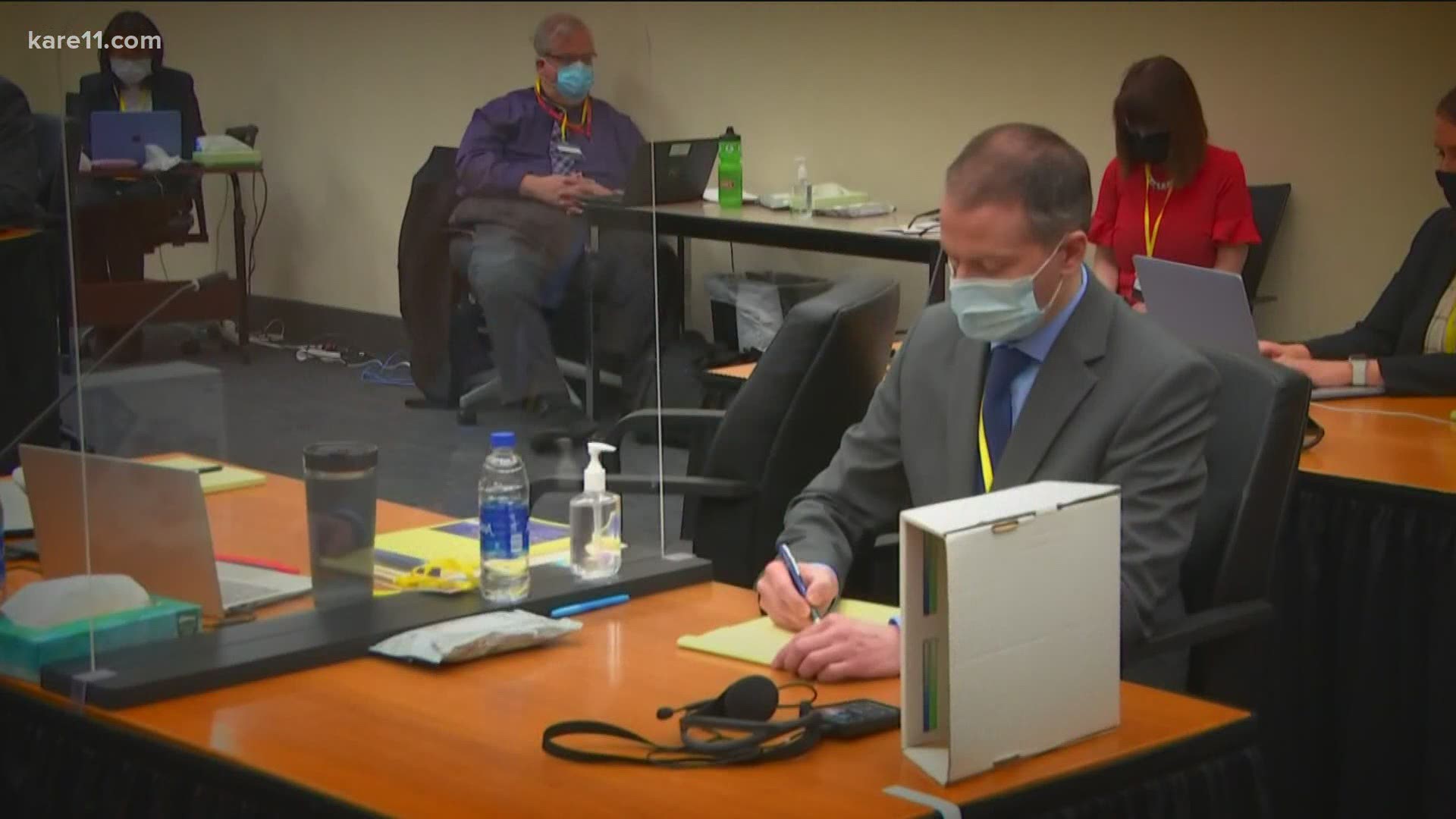 No surprise here. Lou notes both sides started laying the foundation of their arguments in the opening statements.

“The prosecution gave an effective opening statement with visual aids, a timeline – 9:29 – nine minutes and 29 seconds. They want the jury to remember that’s the amount of time that Derek Chauvin’s knee was on George Floyd’s neck,” Raguse said.

But Lou went on to point out the defense countered that claim, by presenting a “first look” at an alternative cause of death in Floyd’s preexisting conditions and drug use.

“He did have a high amount of fentanyl in his system when he died. And so the defense in their opening statement talked about [how] they’re going to bring in the evidence to show that was his cause of death,” Raguse said.

Among the prosecution’s witnesses were several people who had watched – and even recorded – George Floyd’s final moments. And Raguse noted that Darnella stood out as a key witness for the state.

“Nobody can forget the Facebook video that went viral, that was shot by a teenage girl – Darnella – her testimony was extremely emotional,” he said.

Raguse explained that McMillan’s testimony was important – not for anything he said, but for his pure show of emotion.

“When a 61-year-old man broke down crying on the witness stand, and they had to take a break during court, I mean, that was perhaps the most emotional moment of the first week, in many people’s eyes,” Raguse said.

Another profound moment, Raguse noted, was when two MPD supervisors took the stand to effectively criticize Chauvin’s use of force.

“The statements by Lt. Richard Zimmerman concerning him thinking it was an improper use of force were very, very blunt, and very directed at the jury in a way that made it easy for them to understand,” Raguse said.

An explanation of humanity

Raguse also believes the testimony by George Floyd’s girlfriend helped lay the groundwork for a possible “counter-argument” to the defense strategy related to Floyd’s drug use.

“[Courteney Ross] talked about how each of them had injuries and got addicted to painkillers and the addiction to painkillers leads to getting drugs illegally on the street. It’s a story of addiction,” Raguse said.

It’s critical to note that following the opening statements, this week was the prosecution’s opportunity to present their case. The state will continue to call witnesses next week before the defense team takes their turn. As for what to expect next, Raguse says it’s likely to come down to detailed expert testimony.

“Don’t underestimate how important the medical evidence is for both sides,” Raguse said, adding, “That’s where the case is going to be won and lost.”

Be sure to stay with KARE 11 for coverage of the Derek Chauvin trial. You can watch the gavel-to-gavel coverage online or on KARE 11. Lou Raguse will continue his thorough analysis, along with legal experts and the entire KARE 11 team.