The judge called the timing of the settlement "unfortunate," and the defense attorney said he is "gravely concerned" that the jury will be tainted. 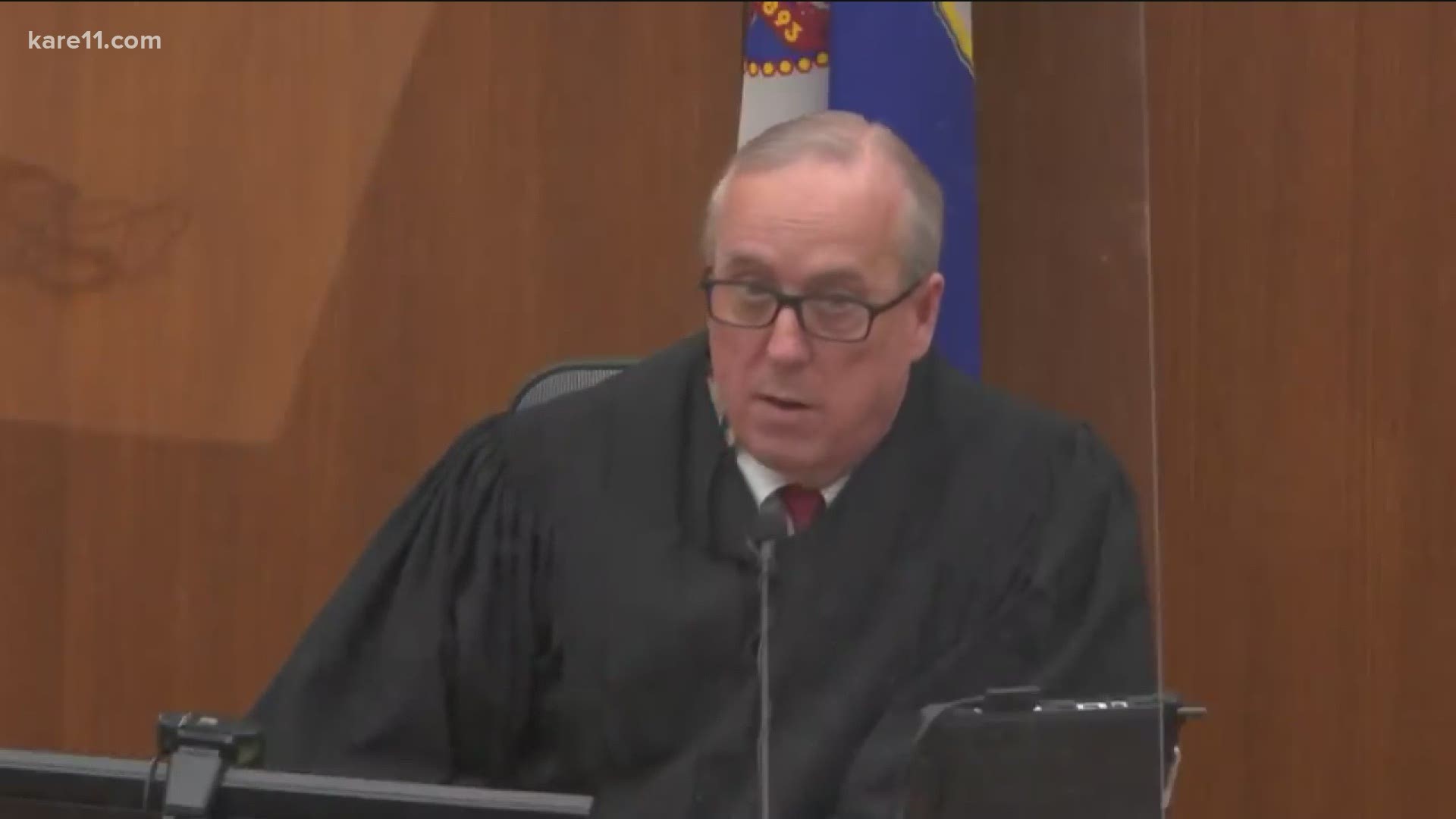 MINNEAPOLIS — The judge in the Derek Chauvin trial is considering a defense request for a delay, due to the concern that news about a historic civil settlement with George Floyd's family could taint the jury pool.

On Friday, the Minneapolis City Council approved a $27 million settlement with George Floyd's family over his death. It is the most substantial in city history and one of the largest in U.S. history.

Monday morning during pretrial motions in Chauvin's criminal trial, defense attorney Eric Nelson told Judge Peter Cahill he is "gravely concerned" about the potential of that news to prejudice the seated jurors and other prospective ones.

Selection for the 14 potential jurors began on Tuesday, March 9, and is continuing into the second week. Seven jurors have been chosen and seven have yet to be found to fill out the 14-person panel - 12 jurors and two alternates.

Nelson said Monday that the news has "very suspicious timing to say the least, and has an incredible propensity to taint a jury pool."

Nelson pointed out that the judge has told the seven jurors seated already that they should avoid news about the case but are allowed to scroll through social media.

Nelson requested a continuance of the trial and a renewal of his change of venue motion.

"I think there are things that the court must do which includes calling back the seven jurors that are already seated, asking them about the settlement," Nelson added.

Nelson calls it a "highly prejudicial" issue... "It's amazing to me that there was a press conference Friday in the exact middle of jury selection."

Nelson cites statements made by city officials like "unanimous decision"

Nelson said a Friday press conference with the mayor of Minneapolis, city council leaders and the Floyd family "goes straight to the heart of pretrial publicity in this case."

Schleicher argued that the jury pool has already been exposed to other news about the case, and that they are selecting only people who can set that aside.

"While potential jurors have been exposed to media in the case," Schleicher pointed out, "the jurors that we've seated have expressed that they can set anything they've heard outside the courtroom aside, and judge the case based on the evidence."

Schleicher said he believes the jury selection should continue as scheduled, and that he would oppose any extra strikes as "premature."

Cahill: You would agree it's unfortunate it's reported in the media right in the middle of jury selection?

Schleicher: Yes, but I don't know which way it cuts.

"You would agree that it's unfortunate, wouldn't you?" Cahill said. "That we have this reported all over the media while we're in jury selection."

Judge Cahill said the defense and even the prosecution should have a legitimate concern about the impact, and said there's been other "prejudicial" pretrial publicity aside from this.

"I don't think it's appropriate for extra strikes," Cahill said, because if someone has read something and can't put it aside, he will strike that person for cause anyway.

"I'm gonna grant the motion that at some point, probably after we are finished selecting, that we call back the seven to see if they've read anything and if it changes their mind about being fair and impartial," Cahill said.

Cahill also said he doesn't sense any "evil intent" on the timing.

Judge Cahill said he will move forward for now, but he's taking the motion for a continuance under advisement.

Lee Hutton, a legal expert who is not involved with the case, said he doesn't expect Judge Cahill to grant a delay.

"I think this judge has really been dedicated to keeping this trial going," Hutton said. "Judge Cahill denied the state's continuance when they wanted to wait for a Court of Appeals decision [on third-degree murder]. If I was a guessing individual, I would conclude this trial will move forward in the timeline already set."