Derek Chauvin trial: From the courtroom to the classroom

How are law professors incorporating the Derek Chauvin trial into their lessons? 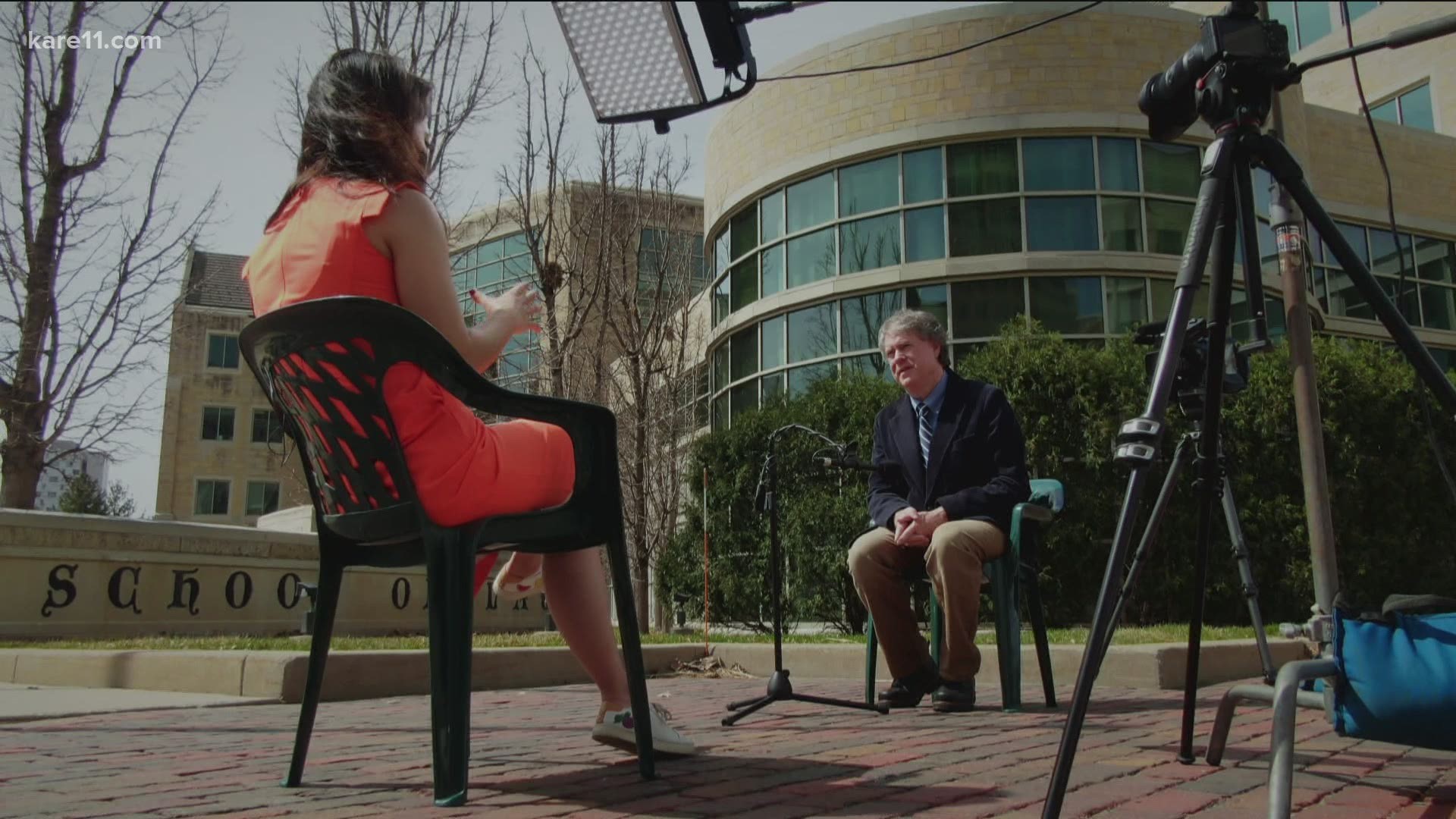 MINNEAPOLIS — For the first time ever, Minnesota is allowing televised access to its courtroom. With the trial of Derek Chauvin being televised in its entirety, University of Minnesota Law School professor Jon Lee said his students are getting a candid look at what their future could hold.

"It's really important for them to see, all of the aspects of what go into a trial," Lee said. "That allows us to have conversations more about those practical aspects, strategic aspects and choices that lawyers have to make."

In fact, Lee said once his students return from Spring break, they will be talking about the trial in most, if not all, of the classes he teaches.

"For example, I have a unit on murder that is coming up in one week," he said. "So I have incorporated both newspaper articles, state statutes, those types of specific things on the trial that are incorporated into what i currently have."

It's the same deal for Professor Mark Osler at the University of St. Thomas school of law. He said it's teaching moments, one after another.

"One thing that's great is that I hear from my students-- that their parents or their grandparents had a question about something that happened," Osler said. "They pass that along to me, and we talk about it."

Osler did add though, that he is very well aware of the trauma that is involved with watching the case and discussing it in detail.

"There is no doubt that the Chauvin trial brings up trauma for students and for members of the community-- frankly for anyone with a heart, who watches that video being played over and over again," he said. "There's trauma embedded in these human tragedies that these cases are about so instead of avoiding it, I have to show constructive ways to engage with that tragedy and remain a healthy person."

As attorneys, especially criminal attorneys, Osler said tragedy is unavoidable. When asked if he was worried about the trial turning future lawyers away from criminal law, both Osler and Lee said they thought the exact opposite.

"One thing about criminal law is that you're not going to make a million dollars, you're not going to necessarily be on TV like these lawyers are," Osler added. "But it always matters-- deeply and that's something the students want. They want their work to be meaningful."