The key question potential jurors will be asked is whether they can take everything they've seen and heard, and whatever opinions they hold - and put them aside. 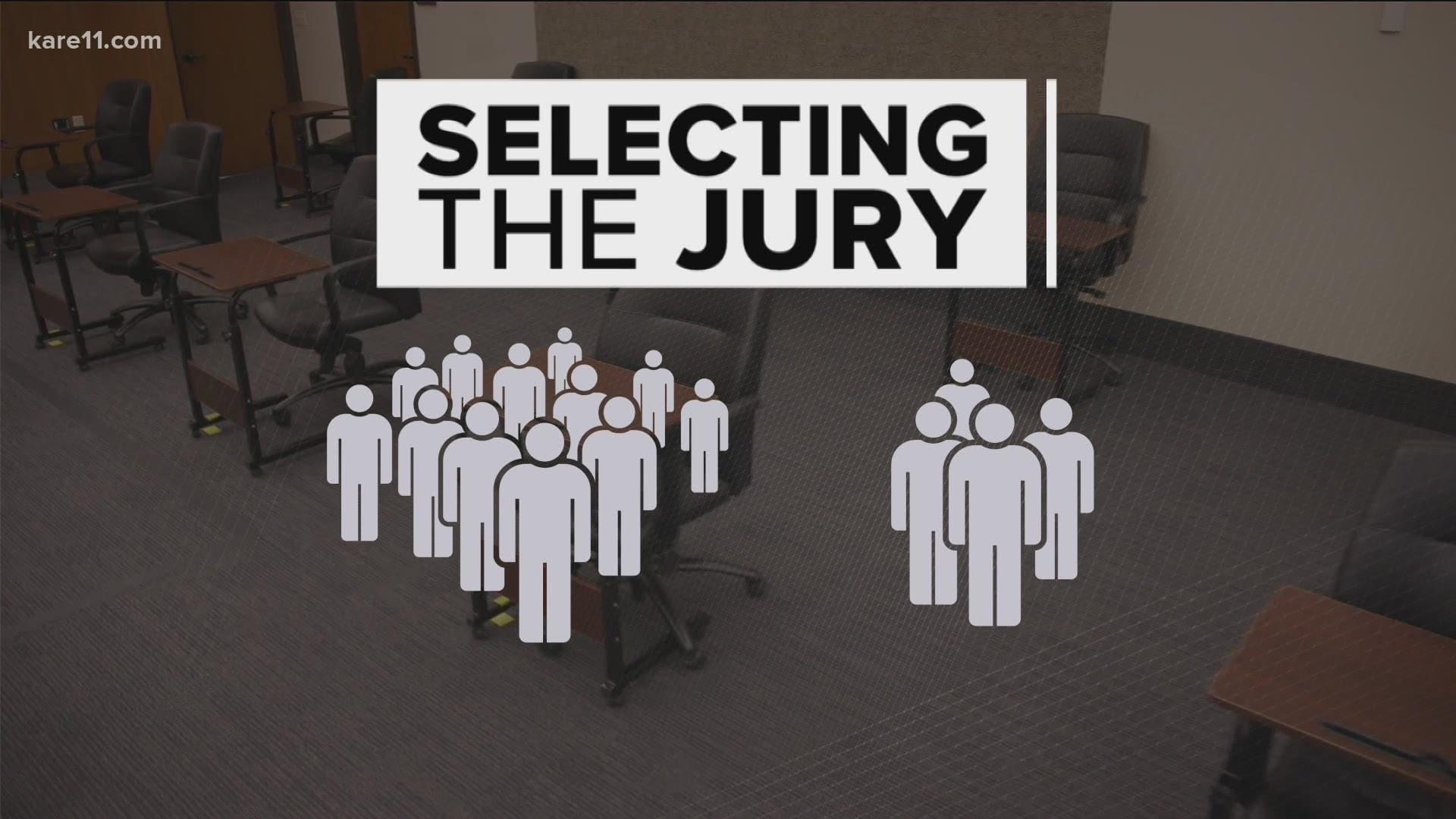 MINNEAPOLIS — The prosecution and defense in the Derek Chauvin trial will need to find 12 jurors and two alternates who can fairly listen to the evidence and come to a verdict.

Since the death of George Floyd and the charges against the four former Minneapolis police officers amount to the highest-profile case in Minnesota history, Judge Peter Cahill approved jury questionnaires that were sent out to a pool of potential jurors before Christmas.

The questionnaire is 14 pages long and is broken into sections including: Knowledge of the Case, Media Habits and Police Contacts.

The potential jurors were specifically asked: Have you ever watched video of George Floyd's death on the news or the Internet? If yes, how many times?

The questionnaire does not use the word "riot." It asks whether they or someone close to them participated in demonstrations or marches against police brutality - and whether they know someone who was injured or suffered property damage during the protests.

The follow-up question on that topic: Do you believe your community has been negatively or positively affected by any of the protests that have taken place in the Twin Cities area since George Floyd's death?

The questionnaire asks for opinions and experiences with the Minneapolis Police Department - before going into many of the questions jurors are asked in most trials.

The key question potential jurors will be asked before they are seated for this case is whether they can take everything they've seen and heard, and whatever opinions they've already formed - and put all of that aside to decide the case in a fair and impartial manner.

KARE 11 will have in-depth coverage on the trial of former Minneapolis police officer Derek Chauvin on charges of second-degree murder and second-degree manslaughter in the death of George Floyd. Follow Lou Raguse for real-time updates and read more on the KARE 11 website.