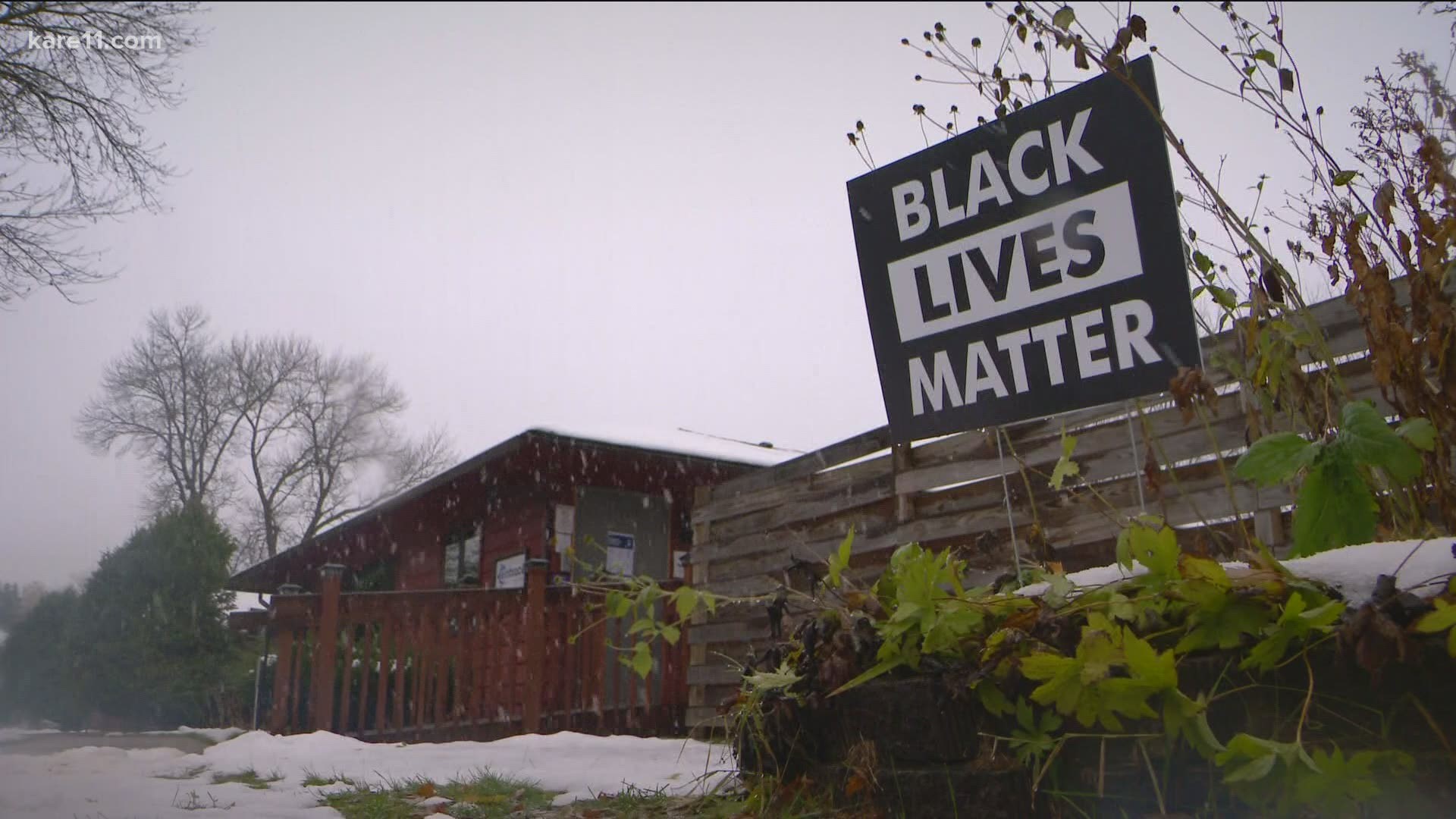 LADYSMITH, Wis. — The impact of the day George Floyd took his last breaths at 38th and Chicago in Minneapolis was felt far and wide; even in the small town of Ladysmith, in Barron County, Wisconsin.

"Back in the summer in June and July after George Floyd had died, our organization put up the small yard signs," Embrace Wisconsin Executive Director Katie Bement said. "Like a foot and a half by foot and a half, to show support for people of color in our community, to help people understand that we're safe to come forward to."

Bement said Embrace serves four counties in Wisconsin. Their service area is comparable to the size of Connecticut. However, Bement explained that those who seek Embrace's services are not necessarily representative of the counties' population.

"Last year, 25 percent of the people we served were Black, Indigenous and people of color," Bement said. "But our population of the total service area is around five percent BIPOC. So we put the signs up to show our support, to improve accessibility."

However, the sign out front brought Embrace and some of its community partners to a crossroads.

The Barron County Sheriff's office released a statement saying: "the reason for their non-public withdrawal of the department's support was because of a request for Embrace to not publicly support any movement that supports defunding the police."

It continues: "The counties Embrace serves are not statistically diverse and more importantly, there is no evidence of racism in law enforcement in our local area, again if there was it would not be tolerated."

"The statement was released to help promote the fact that embrace doesn't support violence of any kind," Bement said. "We're an anti-violence organization, we don't condone support violence even against those who are committing harm. The other understanding in why the statement was put out was to help our communities understand that racism, police violence, sexual violence, and domestic violence are all connected at the same root causes."

Embrace's board president Dave Willingham said he's wanting to continue dialogue. He and Bement both emphasized that law enforcement plays a crucial role in referral services and that Embrace was never anti-law enforcement.

"We need law enforcement as a partner, it is a crucial partner and we just need them to be with us," Willingham said. "We are open and willing to do what needs to be done to remain a consistent with our mission but at the same time, calling ourselves and them back to the table."

When asked if he would take down the BLM sign if law enforcement officials asked them to in order to continue a dialogue, Willingham said no.

"I think that that would be counter productive to the purpose," he said. "It would probably send a worse message to the community than what some people think the message that the sign sent. Because I think it would cause people to think that this controversy has ended in a reduction of commitment on the part of the programs."

KARE 11 has reached out to the Barron County Sheriff again after his statement was released. Sheriff Chris Fitzgerald declined to comment any further. However, he did say he hopes to keep communication between the two sides open.