Families Supporting Families Against Police Violence is a movement with one mission, to ignite change. 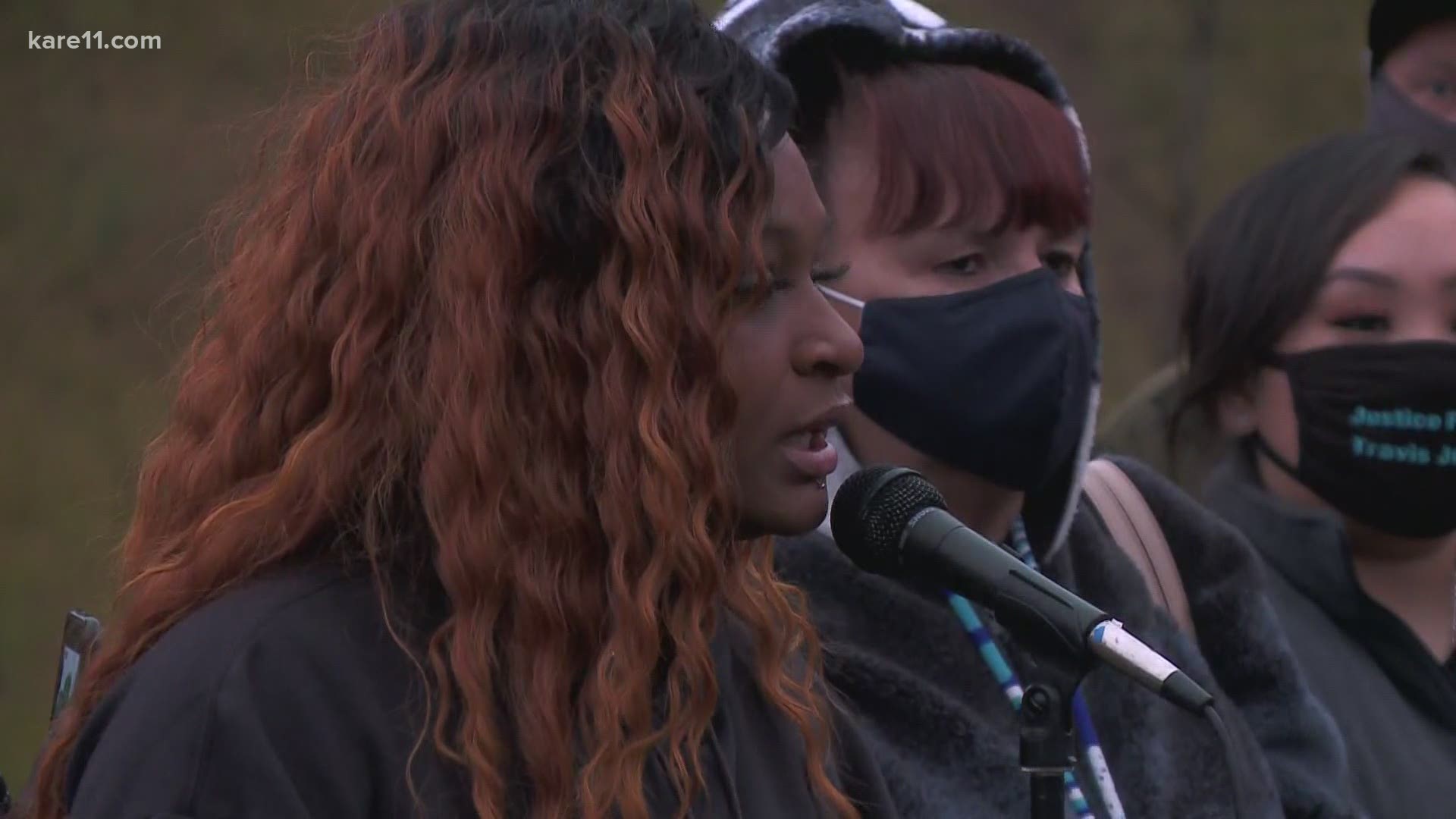 MINNEAPOLIS — "I'm here to get justice for my son's father's life and all of these families lives by all means necessary," said Toshira Garraway, who lost her fiance Justin Teigen while he was in the custody of St. Paul Police.

But St. Paul Police say Teigen didn’t die while in police custody. In a statement from St. Paul Police Spokesperson Steve Linders, Teigen recklessly fled officers in a car, violently crashed and then ran away and hid in a dumpster. Linders went on to say, “he died when he was crushed after a garbage truck picked up the dumpster and drove away.”

They stand united as one in a field made up of makeshift memorials, with candles lit, each representing a life lost in the hands of police in recent years.

"They are killing our people and they're covering up the murders even when we see it," said Teigen.

Families Supporting Families Against Police Violence is a movement with one mission, to ignite change.

Each of the family members who gathered Friday night near 38th and Chicago represented a life they say was taken too soon, and are now calling on the crowd of supporters who joined them to back them in their quest for justice.

"The police got the police federation, they got attorneys, they got all these people that's paying for them to basically win. It's not a fair fight," said Garraway. She went on to say, "especially when the families are fighting alone."

Though they may be fighting alone, they say it's the safety and power in numbers that will help heal wounds left behind by lives taken as a result of police brutality.

"We're all going through the same pain. We all want justice at the end of the day,"said George Floyd's nephew Cortez Rice.

Many of the families that were out during Friday night's vigil say this is just the beginning in their push for justice and say whether rain, sunshine, sleet or snow they plan to be out on the city's streets for more events just like this one throughout the winter months until justice is served.