Tou Thao recalled the moments he and former Mpls. officer Derek Chauvin got the call for backup, leading up to George Floyd's death. 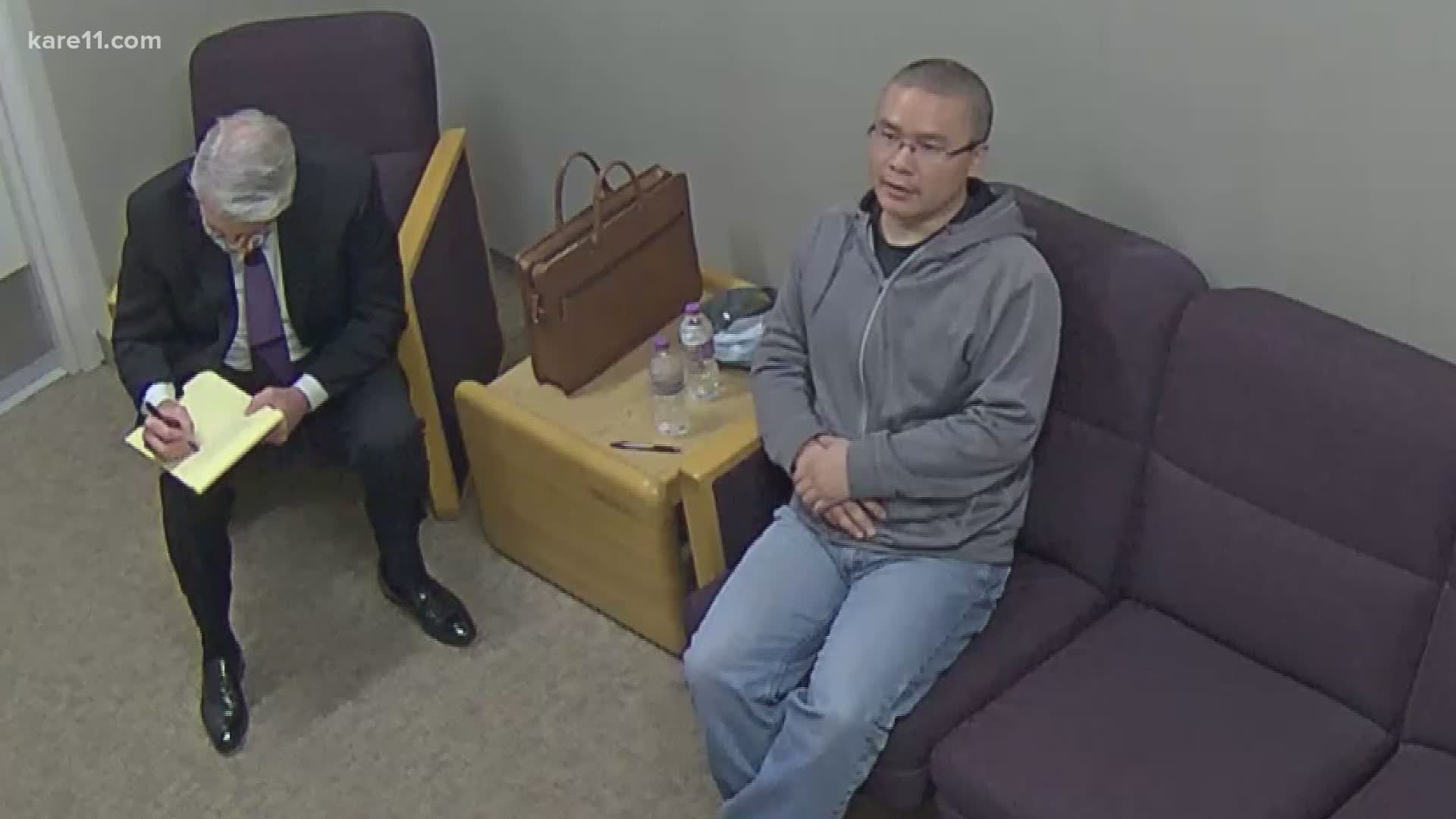 MINNEAPOLIS — Just one day after the body camera footage was released from former Minneapolis Police officer Tou Thao, we're hearing what he said to state investigators in a June 2 interview.

Joined by his attorney and investigators with Minnesota BCA, Thao recalled the moments he and officer Derek Chauvin got the call for backup, leading up to George Floyd's death.

It was a call Thao says dispatch originally cancelled because the first two responding officers seemed to have things under control, but Thao insisted he and his partner Chauvin intervene for security reasons.

Upon arriving to the scene, Thao claimed he saw a struggle between officers trying to get Floyd in the back of the squad car.

Thao says he then tried to help get Floyd in the car, but failed and offered officers another alternative.

"Lets just stop what we're doing and put him on the ground," said Thao.

"Was there ever any discussion or suggestion that maybe we just talk to him and see what the problem is?" asked one of the BCA investigators. Thao replied. "I would assume they did." "What about from you though?" asked the investigator.  "Did you make that suggestion or try to do that?" "I was not the contact officer so I did not attempt to do that," said Thao.

By now a crowd started to gather and watching the whole scene play out.

"As the crowd is starting to grow and become loud and hostile towards us I decided to forego traffic and put myself in between the crowd and the officers," said Thao.

Investigators can be heard questioning Thoa about his crisis intervention training, asking him why he didn't intervene when Floyd can be heard saying I can't breathe.

In the moment Thao says that wasn't his concern, nor his responsibility.

"I was concerned with the crowd, I mean I would hope that the other officers would do their job and check on him," said Thao. He went on to say, "in school we're trained like hey if a suspects claiming they cant breathe, if they're talking then they're breathing."

George Floyd. The name behind a man's death that's sparked a call for change around the world, now changing the life of at least one of the officers linked to his death.

"You hope to go through your career never having to deal with a situation like this you know when someone dies its effected my family and its taken a mental toll," said Thao.