From ashes to action: Making change in the Twin Cities

After starting as a grassroots organization of volunteers looking to make a difference, Twin Cities Stand Together has big plans for the future. 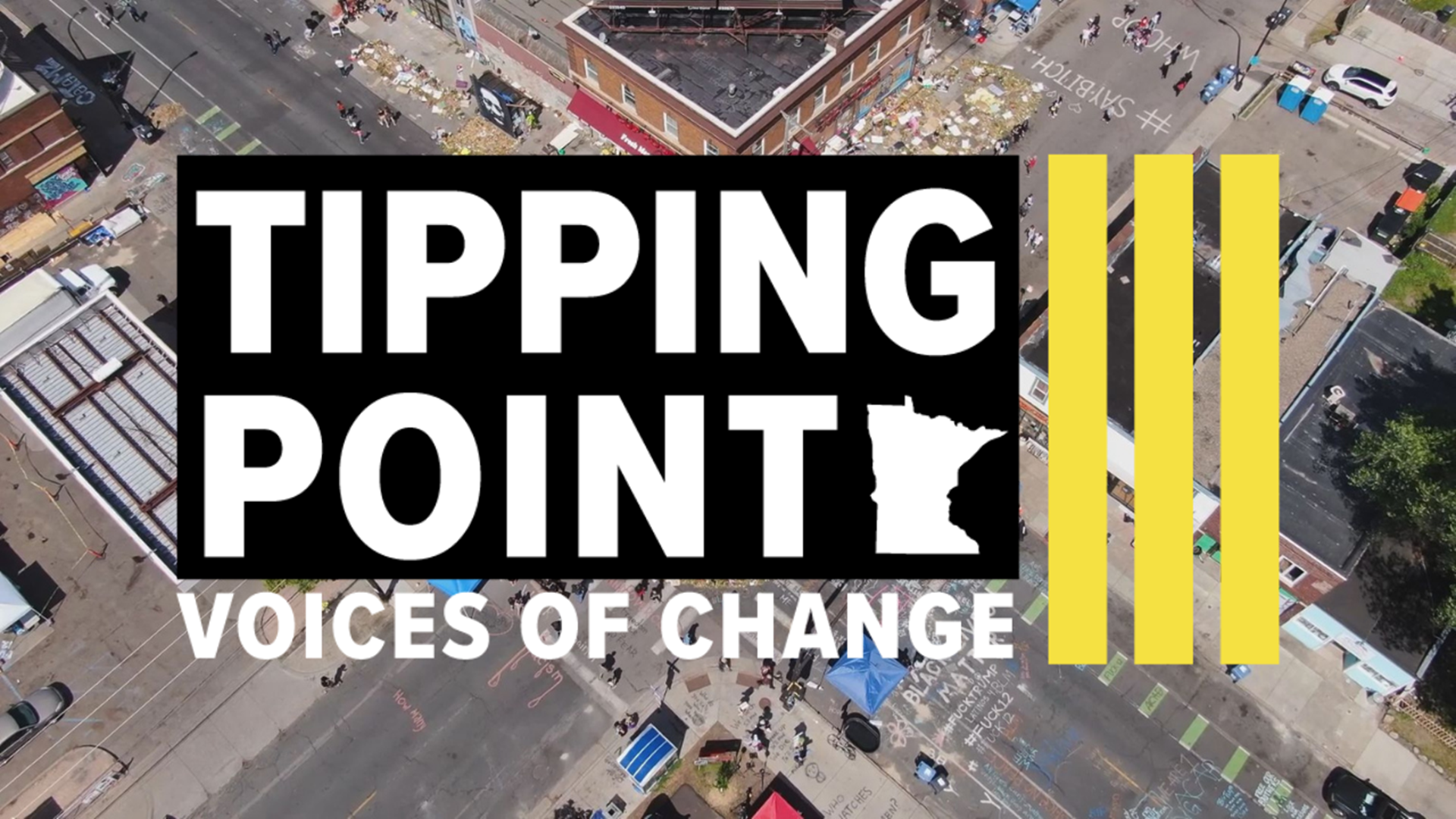 MINNEAPOLIS — Between the coronavirus pandemic and George Floyd's death, lots of people in the Twin Cities were looking for ways to help others throughout the summer of 2020. One of those people was Rob Steib.

Like people across the country, Floyd's death had a major impact on Rob's life. A Minneapolis DJ, he founded the group Twin Cities Stand Together in the weeks after George Floyd became a household name.

The genesis of TCST was completely organic. First, Rob went down to 38th and Chicago the week of May 25, 2020 to DJ, hand out waters and snacks, and generally keep crowds at the growing memorial calm.

Then, it grew into a bigger group of volunteers, mostly friends, and friends of friends who wanted to help feed the peaceful protesters.

Rachel Nelson, one of the original leaders of TCST said strangers would come up to their tables by the Speedway across the street from Cup Foods and ask what they needed. “It was divine,” said Rachel.

“We were trying, attempting to show people that there's a way to affect the community without violence, without arguing, without all the negativity,” Rob said. “There’s a positive way you can help people and make people feel safe and feel like they can feel comfortable enough to ask for help.”

The network of volunteers grew and grew and grew. Twin Cities Stand Together was officially born out of the realization that people are stronger when they work together.

"I’m tired of seeing our communities as separate people. As separate individuals. We need to be one community. We need to stand together as one Twin Cities, one state of Minnesota, one united nation," Rob said. "We cannot be separate anymore."

Part of their work at 38th and Chicago was hosting a huge barbecue, cooking up food and giving it away for free. Another part was collecting essential supplies, like diapers and baby formula, for local families who were cut off from grocery stories, pharmacies and public transit during the unrest.

After several weeks of feeding protesters and families at 38th and Chicago, TCST branched out and started holding events in other neighborhoods across the Twin Cities. On June 27, the group set up a barbecue and free food event at Loring Park to support the Black Womxn March.

"They asked us to come out there and support them which of course we’d drop everything for," said Rachel. "Our support is for these people that are out here trying to do good peacefully. People that are trying to change and actively work together and do it the right way. This is where we should be."

Throughout the summer, the mission and focus for TCST evolved. Today, the nonprofit is rehabbing the Gethsemane Episcopal Church in downtown Minneapolis to use as their headquarters and concentrating on developing sustainable outreach programs for at-risk youth and disenfranchised communities. The building will house TCST and host community events and group meetings, offer classes and provide space for other community organizations to work out of. The revitalized space is expected to open in Spring 2021.

Since "Tipping Point: Ashes to Action" was filmed, Rachel Nelson and original group leaders involved in TCST, including Tim Fisher, Bryant Jones, Ronnie Guy, Megan Nelson, and many volunteers, moved in a different direction. They organized a new and separate group with more than 130 volunteers called Twin Cities Relief Initiative. Their mission is to be on the ground in local communities to provide free food and free essentials. Learn more about Twin Cities Relief Initiative in Episode 3 of Tipping Point: Minnesota Voices of Change.