"The world is traumatized watching another African American man being slain," George Floyd's brother said of the death of Daunte Wright at the hands of police. 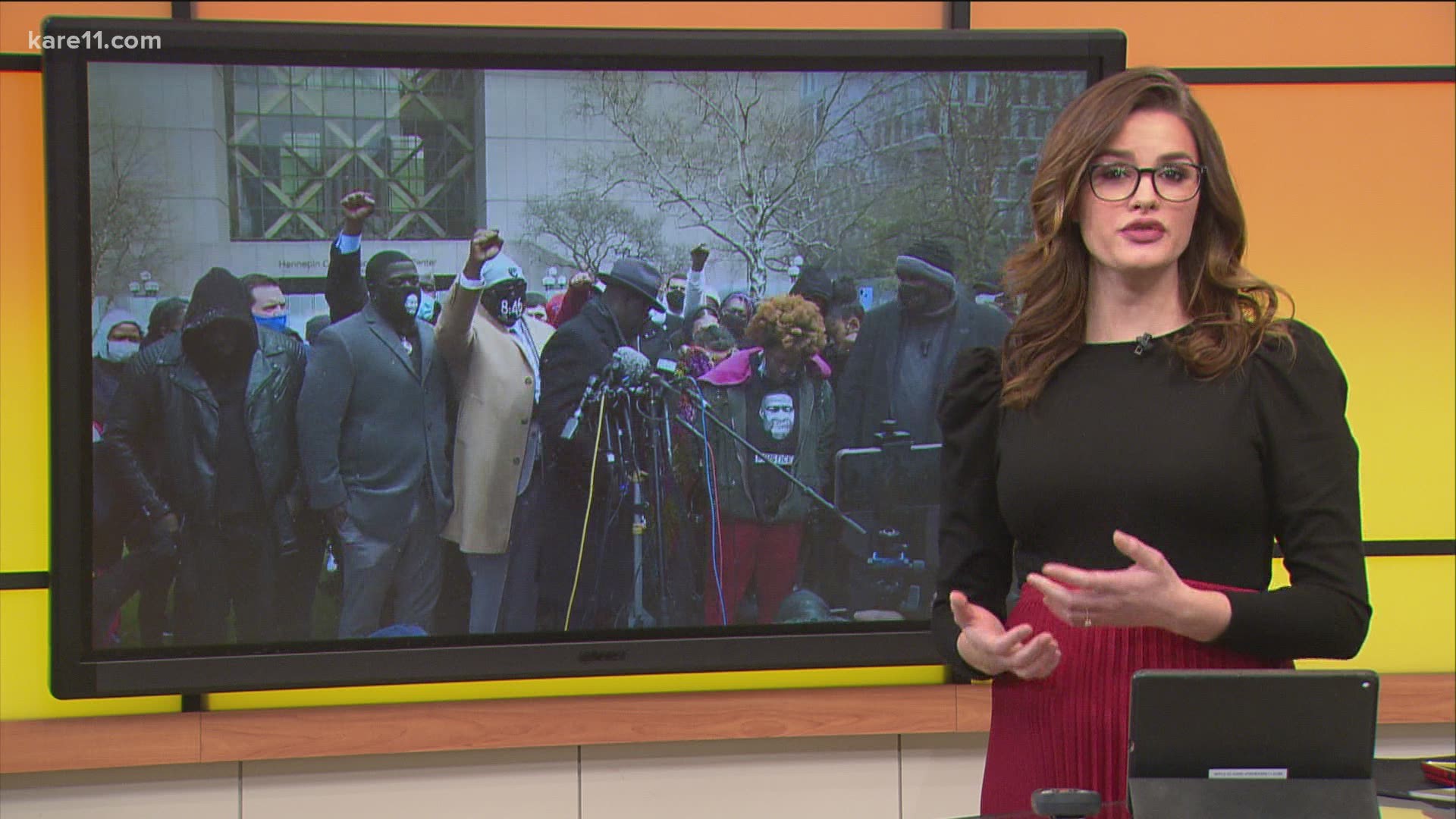 BROOKLYN CENTER, Minn. — A white police officer shot and killed a 20-year-old Black man during a traffic stop roughly 10 miles away from where the trial of the former Minneapolis officer charged in George Floyd's killing is playing out.

But in truth, the ties between the two victims, and their mourning families are much closer.

The family of Daunte Wright, who was fatally shot by former Brooklyn Center police officer Kim Potter, shared their grief and called for justice Tuesday, alongside Floyd's family and Ben Crump, a civil rights attorney who is representing both families. Wright's mother, grandmother and aunt spoke outside Hennepin County Government Center, where Derek Chauvin is being tried for murder after kneeling on Floyd's neck for more than 9 minutes.

"The craziest thing is to find out today that my family has connections to this man, to this family," Naisha Wright, Daunte's aunt, said of Floyd. "His girlfriend was a teacher for my nephew."

"I wear this shirt ...and the craziest thing is to find out today that my family has connections, to this man #GeorgeFloyd and this family...his girlfriend was a teacher for my nephew." - Naisha Wright, Daunte's aunt @kare11 pic.twitter.com/5FIM4O64vq

George Floyd's girlfriend, Courteney Ross, confirmed to the Washington Post that Wright was a student while she a dean at Edison High School in Minneapolis.

Ross told the Post Wright was "a silly boy, as goofy as can be," and that he was well-known in the community.

She also recalled seeing police confront him in Brooklyn Center in the summer of 2019, while she was walking with Floyd.

"I'm full of sorrow," Ross told the newspaper. "We are constantly doing our disservice to our children. It's so unfair."

"The world is traumatized watching another African American man being slain," he said.