George Floyd street art being preserved in global data base

University of St. Thomas is behind the effort to digitally preserve images painted on plywood. 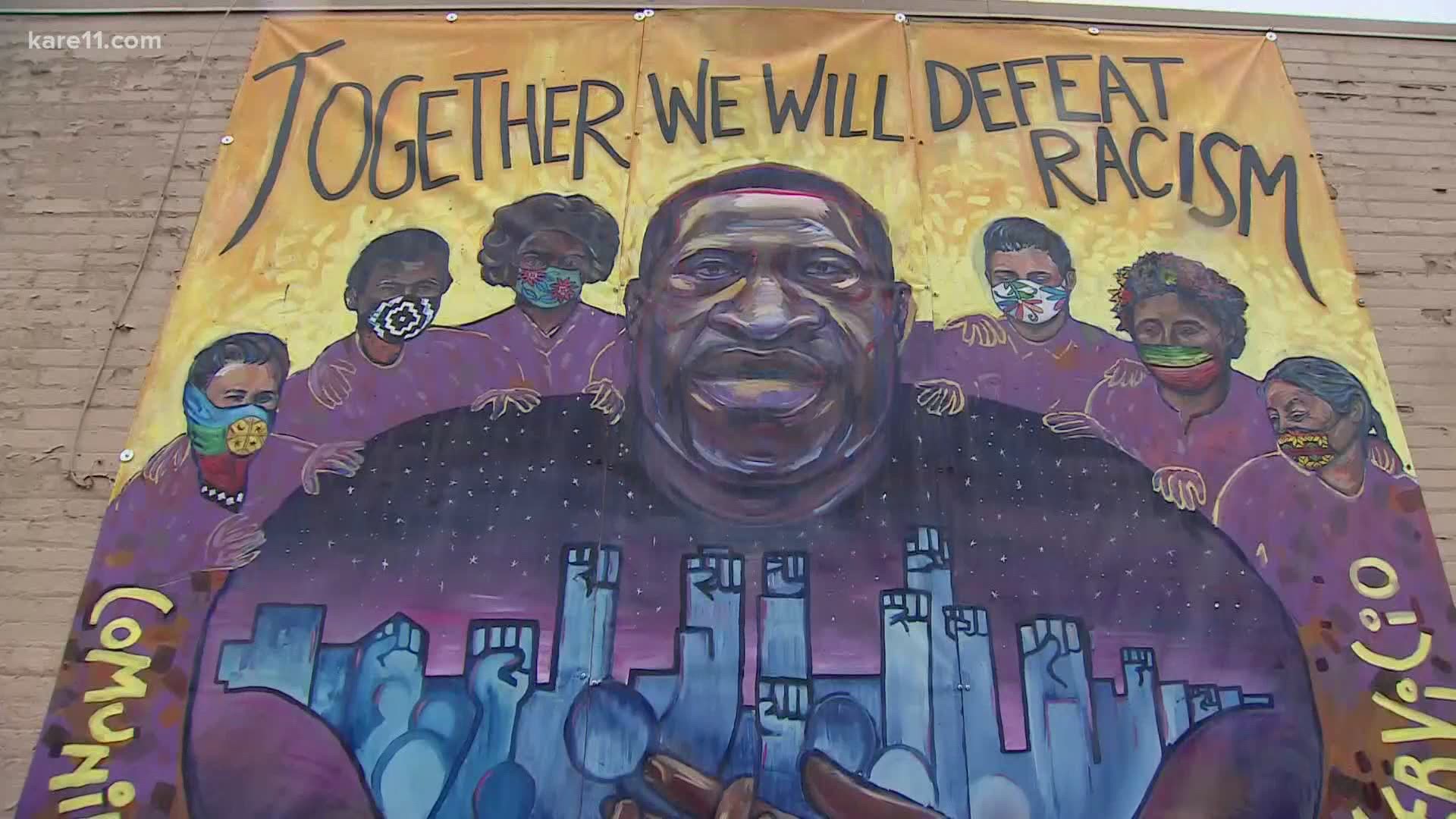 MINNEAPOLIS — The plywood is already beginning to come down in battered Twin Cities neighborhoods.

But the artwork that graces hundreds of sheets of it, is being preserved in digital images thanks to a data base created by professors and students at University of St. Thomas.

“It's like all these empty canvases up and down the street that people feel drawn to express themselves on,” Todd Lawrence, a St. Thomas professor, said.

In the span of two weeks, rage brought looting and fires, which brought plywood barriers, which brought the street art now being studied and archived in the data base, submitted by people from around the globe.

“It's not just murals, it's tags, it's graffiti, it's all kinds of different art that's popping up everywhere, the emotions that people are feeling, pain, anger,” Lawrence said. “You know, like you opened up a book and it just sort of tells you what people are feeling.”

A group of Hispanic artists were felling all of it as they painted a mural recently at 38th and Chicago, where George Floyd died.

“It doesn't matter where you're from or the color of your skin, we are portraying unity,” Raquel Diaz said as she painted.

Street art from the same intersection, retweeted by former president Obama, then became the backdrop for George Floyd's memorial service.

“Street art in a lot of ways has been marginalized, people think of it as not being important, maybe not even worthy of study,” Lawrence said. “But all art has the power to affect culture.”

It’s the thinking behind the George Floyd Anti-racist Street Art data base Lawrence helped create out of a Covid-19 data base, which morphed from a mapping project of street art in St. Paul's Midway neighborhood.

When the Midway project was launched two years ago, no one knew that global events would intervene.

“No, I don't think anybody would have guessed that,” Tiaryn Daniel, a student working on the project, said with a laugh.

On Tuesday, Matthew Rich stood on Lake Street with his son Rich raising a fist in front of the same artwork created at 38th and Chicago by group of Hispanic artists.

The mural depicts Floyd with his arms spread around the city.

“We all need unity, we’re all equal as one, and this is beautiful to look at," Rich said. “It makes me want to cry right now.”

RELATED: 'He is going to change the world': Funeral held for George Floyd