How Longfellow businesses are rebuilding one year later

"We saw this community burn down... A year later, we are building this up," said Dipankar Mukherjee with Pangea World Theater. 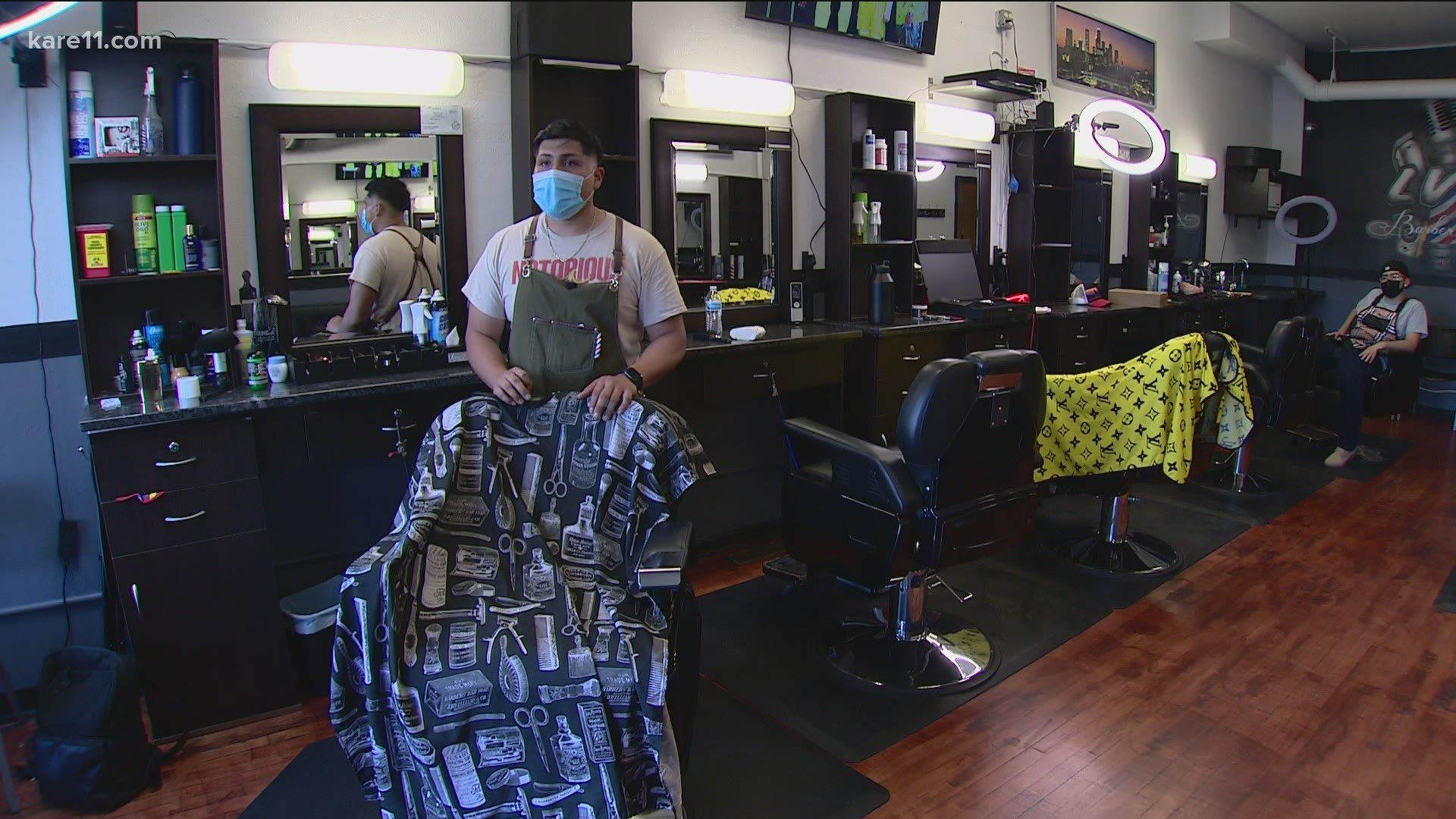 MINNEAPOLIS, Minnesota — One year after George Floyd's murder, communities are still rebuilding. About 1,500 businesses across the Twin Cities were damaged or destroyed by rioters following Floyd's death.

"We saw this community burn down... A year later, we are building this up," said Dipankar Mukherjee with Pangea World Theater.

Down the street from the abandoned Third Precinct is The Hub Bike Co-Op. While they lost most of their inventory last May, their building was intact.

"Today's a big day. It's one of those moments where you take a look what happened and how far we've come and is it enough? And have we done our part to help rebuild the community and to make a difference moving forward?" said Kirsten Powers, one of the workers/owners of the co-op.

The Hub Bike Co-Op has kept rolling, staying busy during the pandemic.

"It's been a lot of listening, I think, for us. Being [one] of the few businesses that was still standing, we felt that we really needed to be a voice and a presence for those that needed to find another place or find access to resources," Powers said. "I think that was and continues to be our biggest role... as long as we're doing well, it's kind of proof to those that lost a lot that they can come back and there will still be things to come back to."

LV's Barbershop reopened three weeks ago. While the rest of the spaces in their building are still boarded up, barber Isai Vergara said they are excited to be back in the Longfellow neighborhood.

"Being back is awesome. The community, the people, have always been awesome... honking their horns or waving at you and telling us, 'Hey, good to see you guys back,'" Vergara said.

For the past year, they've been focused on opening a second location in northeast Minneapolis but their original shop has been in south Minneapolis for 11 years.

"Right now a lot of people would say it's damaged, this area is hurt, going through it. But I believe it's strong enough to definitely get back up on its feet," Vergara said.

On Tuesday night across the street from the barbershop, community members gathered at the spot where Gandhi Mahal Restaurant once stood. A George Floyd memorial event took place on the property.

RELATED: Eleven months after his restaurant burned during rioting, a determined owner cooks in a trailer in an alley

The owner, Ruhel Islam, made headlines after his restaurant went up in flames for saying, "Let my building burn, justice needs to be served."

The property now holds a community space and garden.

"We planted all the vegetables because we know tomorrow is coming," Islam said.

Islam said it could take several years to rebuild the restaurant in this location. In the meantime, he's been running his Curry in a Hurry restaurant in the Seward neighborhood.

RELATED: Gandhi Mahal's 'Curry in a Hurry' to open in September

Islam is part of a collective; Longfellow Rising formed as a way to help business owners in downtown Longfellow rebuild. But their plan is intentional —  focused on rebuilding the community in a way that is collaborative, diverse, sustainable, mixed-use and beautiful. The plan includes everything from uplifting BIPOC business owners to creating affordable housing in the area.

"Whatever you lost, we'll gain it back," Islam said.

Mukherjee told the crowd on Tuesday night, "We are building this vision up."