Huge rally at the governor's mansion draws Walz outside to listen

Protesters demanded the prosecution of all four officers in the George Floyd case. 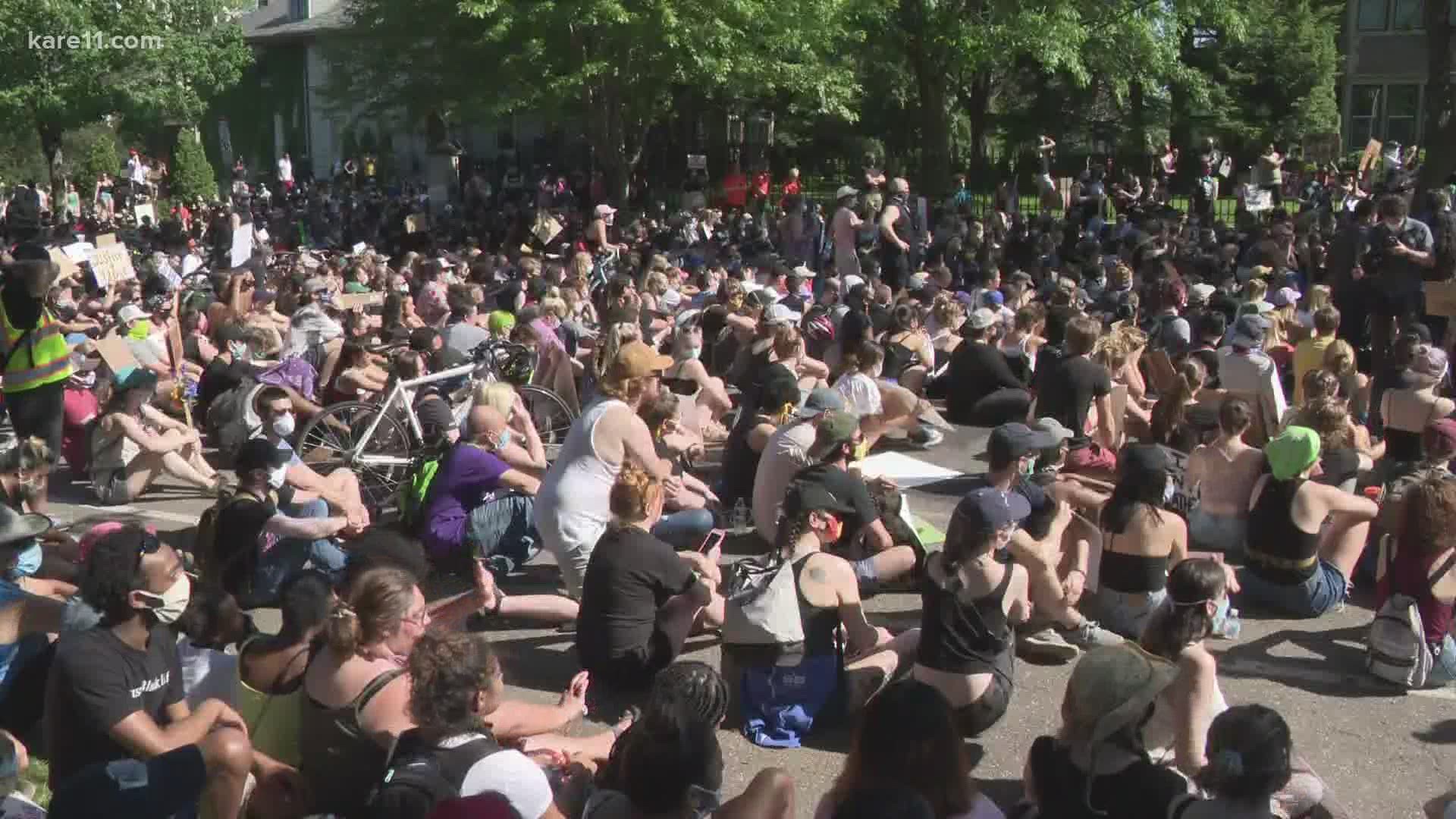 ST PAUL, Minn. — Sprawled across a whole block of Summit Avenue, a crowd of at least 2,000 people camped outside the governor’s mansion on Monday afternoon and demanded the prosecution of all four officers involved in the George Floyd case.

The protesters chanted, cheered and applauded for more than two hours, hoping to draw the attention of the chief executive sitting inside the residence just beyond the gate. Led by groups such as the Communities United Against Police Brutality, Black Lives Matter Minnesota and the Council on American Islamic Relations Minnesota, the organizers asked for an independent prosecutor – outside of even Attorney General Keith Ellison, who agreed to take the lead on the case over the weekend.

“The people in power can do what they need to do for the people,” Edwina Patterson said, “or they’ll feel the wrath of the people.”

Midway through the rally, the governor walked out the front door of his mansion and joined a group of Minnesota families whose relatives have been killed by police. With his mask on, Walz listened intently as speakers continued to make their pleas in front of a lively and passionate crowd. The governor did not address the crowd; his spokesperson said he chose to simply listen.

“I’m glad the governor was hearing us,” Cory Maria Dack said. “I hope he was actually listening.”

After spending 45 minutes at the front of the crowd, Walz turned around and went back inside the governor’s mansion – leading some in the crowd to boo as he exited. 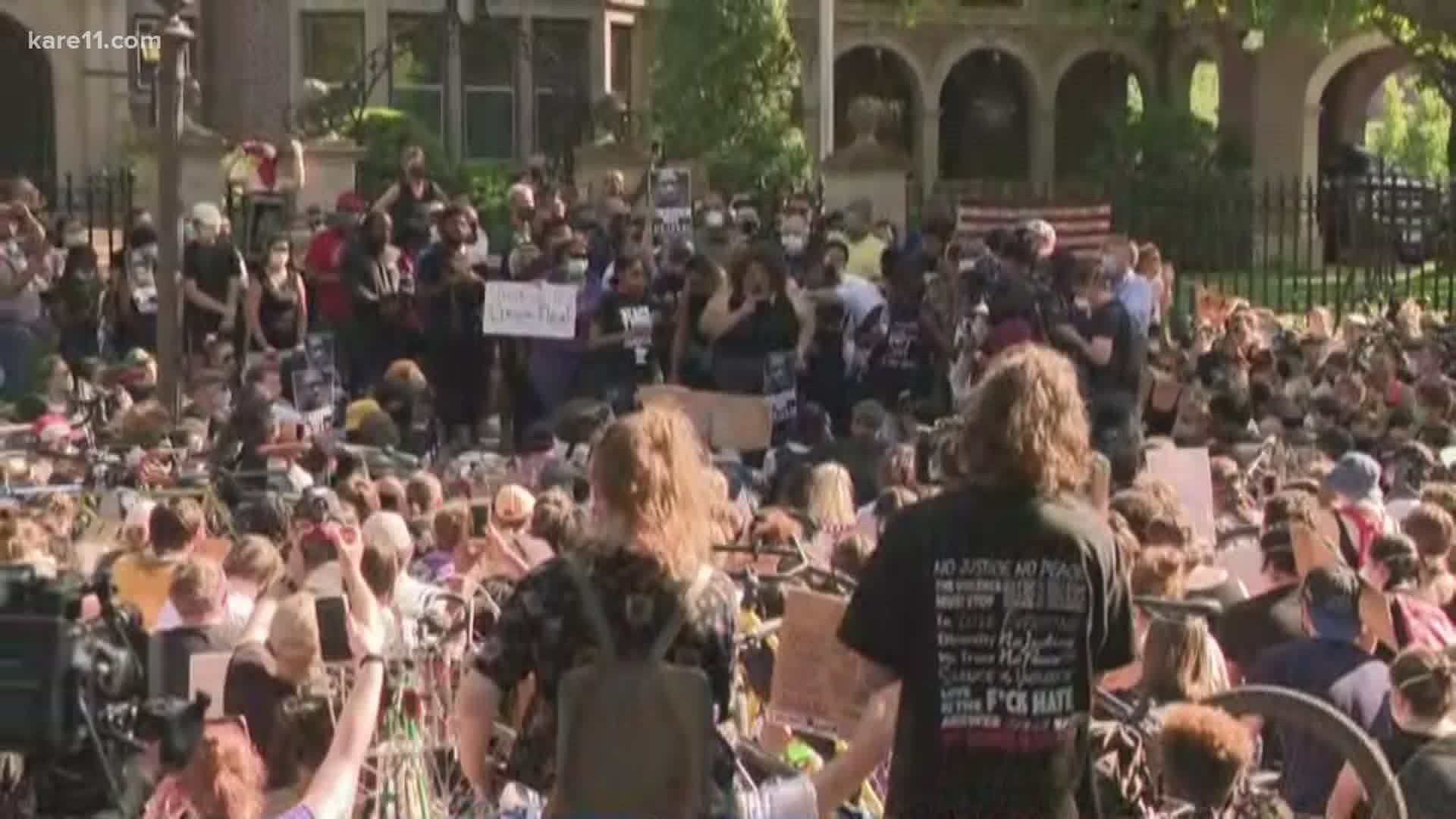 Edwina Patterson, who supported Walz and calls herself a devoted member of the DFL, said she was disappointed the governor did not stay longer.

“He should have stayed as long as we’re out here,” Patterson said. “To show solidarity, and show that he’s gonna try to make things right.”

The rally continued for nearly another hour after Walz went inside, carrying the same theme as before: the crowd called for the arrests of the three officers who stood by as George Floyd died under Derek Chauvin’s knee. One speaker gave an ultimatum and said the arrests must be made in the next ten minutes, while others said it simply needed to happen as soon as possible.

“It was obvious what happened. The entire world has watched it happen,” Cory Maria Dack said. “There’s no reason for this delay to last any longer.”

Stanley Brown, who arrived at the rally toward the end, said healing cannot happen until all four officers are prosecuted.

“I’m here because I’m a black male, and I’m afraid,” Brown said. “I hope I don’t have to come out here again. I hope for the young black boys that are coming up, they will not have to face this again. We have to stop this.”