In Minneapolis, a mix of fatigue and sadness after latest round of riots

After spending the summer on edge, some residents expressed a sense of heartbreak and fatigue after more looting on Wednesday evening. 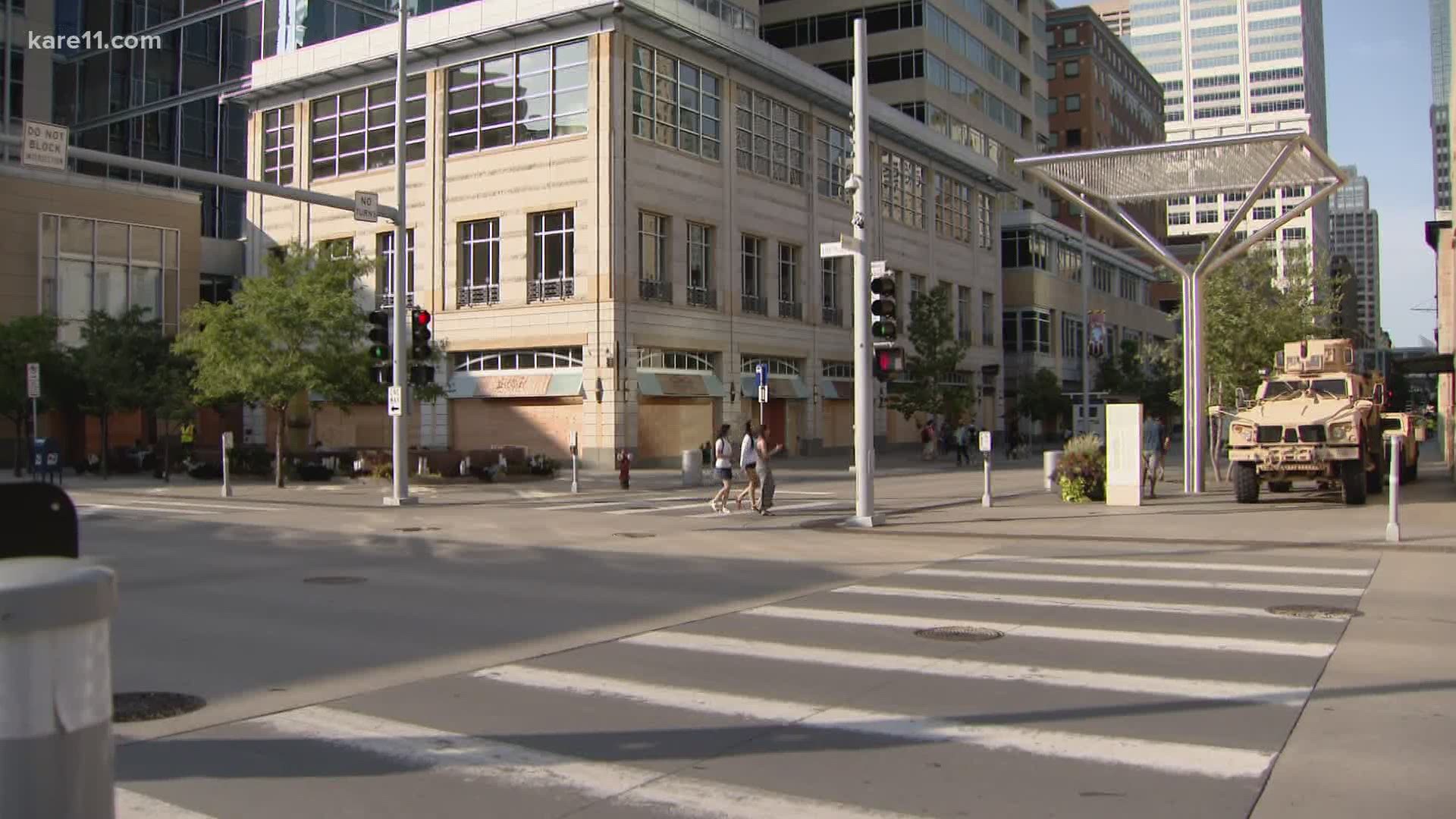 It had happened again in Minneapolis.

“It’s like the water cycle: Evaporation, condensation, precipitation,” Barnes said, using the analogy as he stood in front of a large fountain at Peavey Plaza. “It’s going to be a never-ending cycle. It’s going to keep on happening.”

While acknowledging anger over George Floyd’s killing and mistrust of police as a root cause of unrest this summer, Barnes quickly condemned the looting of vital stores and pharmacies that occurred again on Wednesday. He also pushed back against the false rumors of a police shooting that started the evening’s chaos; after some confusion, Minneapolis Police provided video evidence of a homicide suspect killing himself.

“That man had just committed a murder. That’s no excuse for all the African-American brothers or sisters that have lost their lives due to police violence, maybe excessive use of force. I’m a victim as well, but you don’t see me down here stealing stuff,” Barnes said. “In the end, you make it harder for everyone else to live, and do the things they need to do -- trying to provide for their children, their house and home, and things like that.”

Barnes touched on a sentiment that many are feeling in the Twin Cities: fatigue and repeated trauma. Jona Corneli, who moved to Minneapolis from Brazil twenty years ago, said she felt “heartbroken” over the latest round of riots in her neighborhood near Loring Park.

“Minneapolis is a beautiful city,” she said, “and I’m so sad.”

Lisa and Ken Steffes, owners of a family-run medical supply store near Nicollet Mall that caters to a vulnerable population, said they’ve decided to pack up and move their business to Bloomington after 30 years in Minneapolis. Security footage captured looters entering the store late Wednesday evening and stealing medical supplies, including an electric scooter, before the Hennepin County Sheriff’s Office interrupted the break-in.

The Steffes family had already taken precautions after the initial riots in late May and have been anxious all summer about rising crime rates in Minneapolis.

“It’s been a rough couple of months for us. Last night, it’s like, we’re out of here,” Lisa Steffes said. “I feel bad for people in our community… a lot of people rely on the things we provide.”

Next door, at the restaurant Sushi Train, manager Keri Coquemont said her staff panicked when looters smashed the store windows on Wednesday night. As they began to evacuate, police intervened and sent the crowd scattering.

But it left Coquemont and her employees rattled.

“It’s horrible, but now we’re like, ‘here we go again,’” Coquemont said, pointing out that the restaurant has already been reeling from COVID-19 since March. “It’s heartbreaking. It’s like, we just… can’t… catch a break.”

“My honest view is, I think people should actually sit down and think about what they’re doing. You’re fighting fire with fire, and that’s not good,” Barnes said. “That’s not justifying law enforcement actions, not at all. But right is right, and wrong is wrong.”