A Ramsey County public defender and law professor looked at second-degree felony murder convictions sentenced from 2012 through 2018 in Hennepin and Ramsey counties. 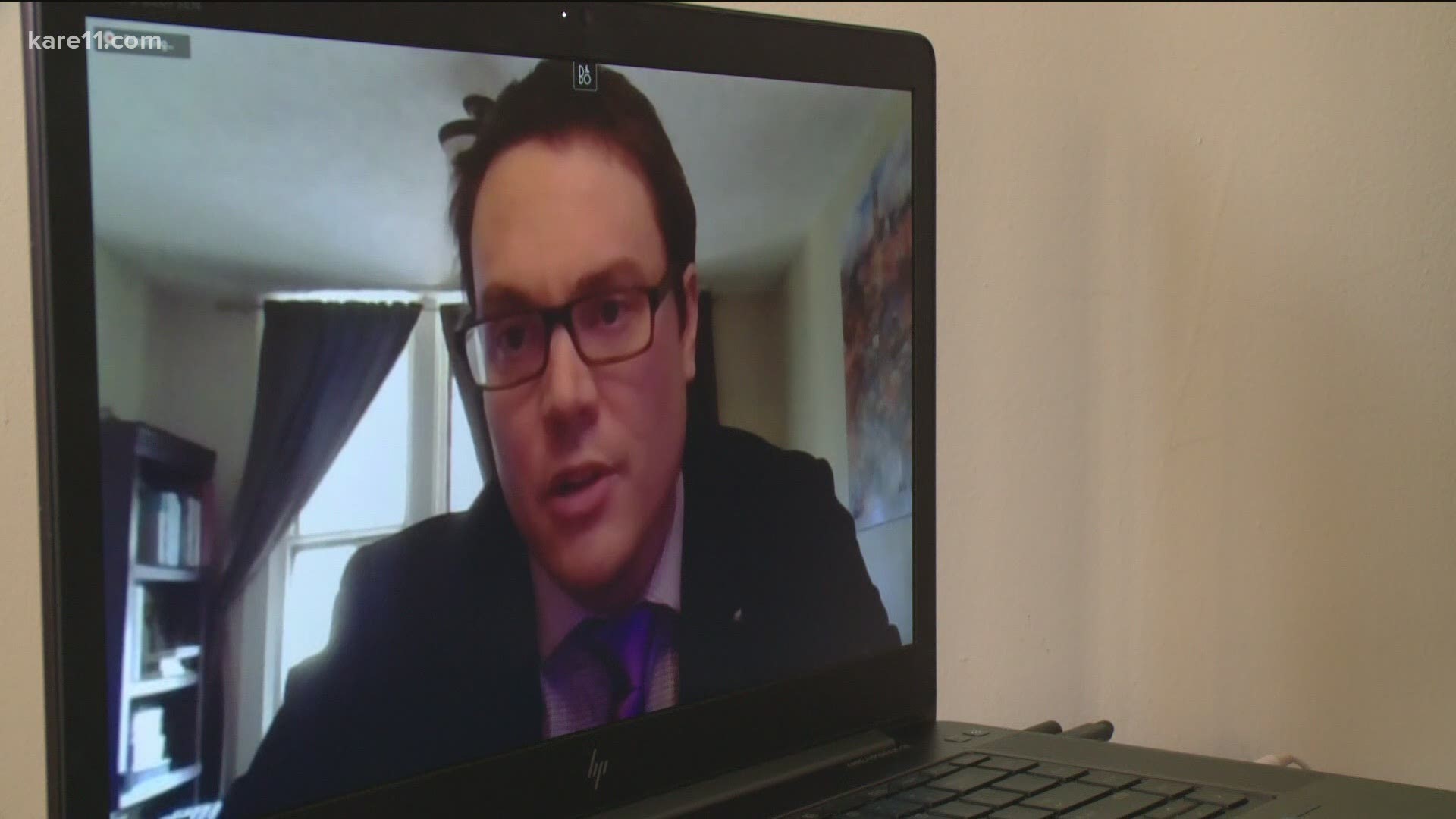 Felony murder is a legal doctrine that allows anyone involved in a felony to be charged with murder if a death occurs during the course of the felony, even if it was unintentional.

"It may be an unconscious or implicit bias but the way that they're so often brought, statistically in my practice and academically, is in a way that disfavors the disenfranchised defendant of color and is highly deferential to white people of privilege and in particular peace officers," said Greg Egan, a Ramsey County public defender and adjunct law professor at Mitchell Hamline School of Law.

On Monday, Egan's article called "Deadly force: How George Floyd's killing exposes racial inequities in Minnesota's felony-murder doctrine among the disenfranchised, the powerful, and the police" will be published in the Minnesota Journal of Law and Inequality through the University of Minnesota Law School.

Egan and research assistants at the University of Minnesota Law School looked at all second-degree felony murder convictions sentenced from 2012 through 2018 in Hennepin and Ramsey counties. According to the article, "The racial inequities manifest in charging, plea negotiations, conviction levels, and sentencings."

"So Hennepin, Ramsey counties are about 75% white yet of the convictions for second degree felony murder, in those two counties in the last six years, we have a rough reversal of that. 80.2% of those convicted are defendants of color while only 19.8% are for white defendants," Egan said.

Normalized for demographics, people of color in the Twin Cities were statistically 12 times more likely to be convicted of second-degree felony murder.

Egan found that white defendants plead to reduced felony-murder charges at nearly double the rate of defendants of color.

Judges gave reduced sentences to white defendants 25% of the time, compared to 16% for defendants of color.

"I think that that law is ripe for reform but I've seen it for years weaponized against disenfranchised men of color and it should be applied with the same equity against someone in a position of power like Derek Chauvin," Egan said.

A number of states have abolished or limited the felony murder rule.

In 2018, Egan wrote an article calling for a limitation on the felony murder doctrine so assault couldn't be used as a predicate felony.

"I do believe that it's time for a reform and if we can't reconcile the way that the felony murder doctrine is deployed against your disenfranchised men of color and against peace officers, it should be off the books. Either the Minnesota Supreme Court or the legislature should write it out of existence or at least limit it. I've called at the very least for a merger limitation and yes, as much as I hate to say it, that limitation would've prevented the top count against Derek Chauvin if Minnesota, like many other states, had adopted a merger limitation. But they haven't and this has been the law and this is how it's been applied, really without scrutiny against the disenfranchised," Egan said. "I do believe that it should stand and go forward against him now because that is the law on the books and... without continuity and without predictability in the law, our system of justice is one that doesn't work."

Egan's article also includes multiple examples from specific cases in Hennepin and Ramsey counties, along with his thoughts on the upcoming trial. It will be published in the Minnesota Journal of Law and Inequality on Monday, the start of Chauvin's trial.