The previous conditions of the $1 million bond stated that Chauvin could not leave the state. 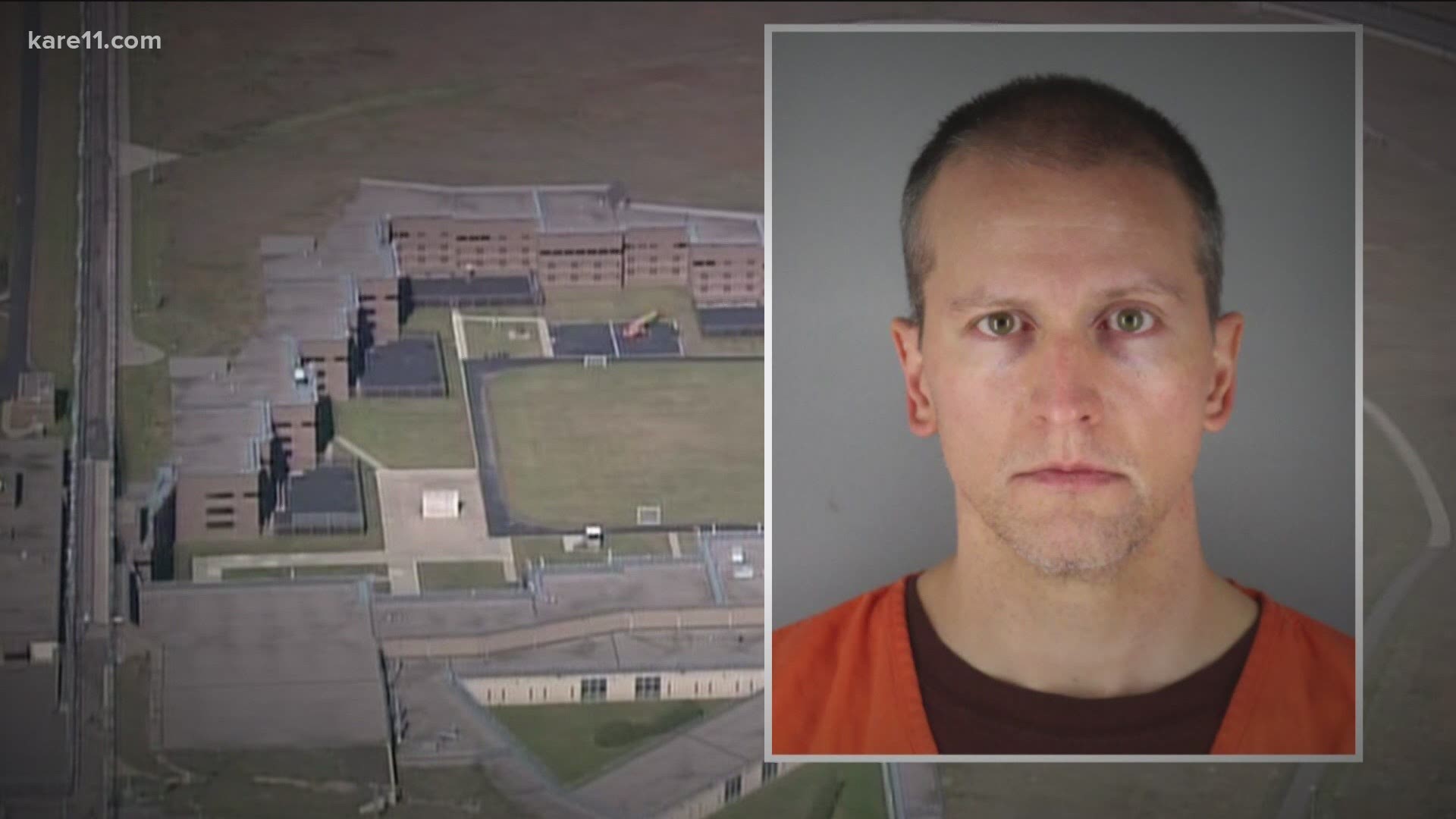 MINNEAPOLIS — A Hennepin County judge says Derek Chauvin, charged with murder in the death of George Floyd, can leave the state due to "safety concerns."

Judge Peter Cahill signed an order changing the conditions of Chauvin's bond on Thursday. Chauvin posted his $1 million conditional bond on Wednesday, and was released from Oak Park Heights prison to await trial outside state custody.

The Department of Corrections, which is supervising Chauvin's release, has evidence supporting "safety concerns," according to the order. The conditions of Chauvin's release have been modified to allow him to live in Minnesota or in a bordering state.

The previous bond conditions said Chauvin could not leave the state.

Minnesota Attorney General's Office spokesman John Stiles said the office agreed to the new conditions. “We are confident that (Chauvin) will abide by all the conditions of his release that the court set and he will attend all hearing and the trial,” Stiles said.

Chauvin's release on bond ignited protests in the Twin Cities Wednesday and Thursday night. A bystander video of the former Minneapolis police officer with his knee on George Floyd's neck for more than nine minutes has been a catalyst for calls for racial justice across the country and globe, and also a flashpoint for rioting in Minneapolis and other U.S. cities.

Ben Crump, the attorney for George Floyd's family, released a statement Friday saying in part, "The fact that Derek Chauvin is being given special treatment out of concern for his safety demonstrates how stark the contrast is between the two justice systems in America. Can you imagine a Black man awaiting trial for murder being allowed to leave the state out of concern for his safety?"

NEWS ALERT: @AttorneyCrump released a statement about Derek Chauvin’s release conditions. Police were NOT concerned about #GeorgeFloyd’s safety when he was on the ground with Chauvin’s knee on his neck. This is a prime example of the two justice systems in America. pic.twitter.com/B8yOGHP6jn

Although he posted bond and is not currently in custody, Chauvin is still charged with the murder of George Floyd. Posting bond allows a person to await the next steps in their legal case from home - or elsewhere - instead of in custody.

Chauvin used a bond to post bail, meaning he didn't actually need to have $1 million cash. Traditionally, bond companies might ask for 10% and potentially other collateral.

The judge's order says Chauvin must immediately report his new address to his DOC conditional release officer, who can share it with the Hennepin County Sheriff's Office Court Security Division, the prosecution and defense. The judge ordered that Chauvin be listed as having "no permanent address" in the public court information system, which anyone can access online.

Anyone who knows Chauvin's new address has been ordered to keep it confidential.

Cahill also ordered that Chauvin obtain a cell phone and keep it on his person at all times. He is required to answer all calls from the Department of Corrections.

The order stipulates that all other bond conditions are still in place. Those include not working in a security capacity, no contact with George Floyd's family, and no firearms or firearms permits.

In a statement, the Minnesota Dept. of Corrections said it would fulfill its pretrial supervision responsibilities for Chauvin: "As ordered by Judge Cahill in the case of State v. Chauvin, the Minnesota Department of Corrections is providing pretrial supervision of Mr. Chauvin on bond in accordance with the Court’s recent order amending conditions of release. DOC recognizes the high-profile nature of this case and the range of public safety implications— including the safety of Mr. Chauvin— and takes seriously our responsibility to provide the supervision that the court directs."