A civil suit in 2010 accused police officers of improperly pinning a suspect face down – with an officer’s knee on his back – making it impossible to breathe. 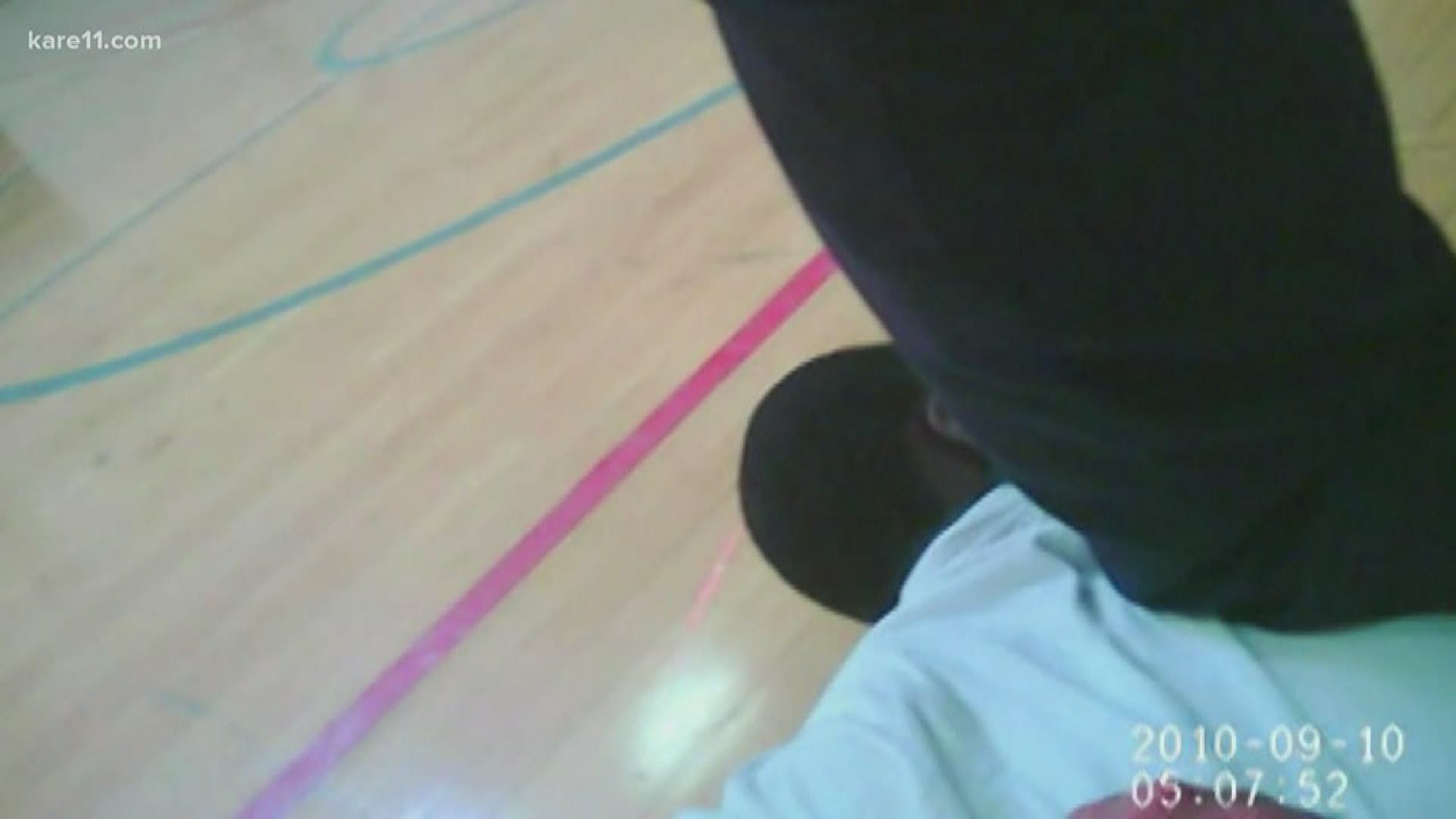 They were accused of pinning him face down – with an officer’s knee on his back – for approximately four minutes.

“That’s exactly what happened in the Smith case – and David Smith died as a result,” said Jack Ryan, a 20-year veteran police officer in Rhode Island who served as an expert witness in a 2010 police misconduct case filed against the City of Minneapolis and two of its officers.

The multi-million-dollar civil suit was filed after Smith died following a struggle with police inside the downtown Minneapolis YMCA.

Robert Bennett, the Smith family’s attorney, said that pinning him face down – for an extended period – made it impossible for him to breathe.

“It’s a complete failure of training and policy when the officers do that and it’s a violation of the 4th amendment,” Bennett said.

KARE 11 Investigates interviewed Bennett last year as we researched prone restraint deaths around the country – including similar cases in Colorado and Dallas, Texas.

“The officers, when you watch these tapes over and over again, just don’t get it that the person isn’t breathing,” Bennett said.

An autopsy showed Smith died due to “mechanical asphyxia” caused by prone restraint.

In 2013, the City of Minneapolis paid out $3 million to settle the case.

The Department of Justice has warned against prone restraints since the mid-90's. The DOJ recommendations state: “As soon as the suspect is handcuffed, get him off his stomach.”

Bennett called kneeling on a face down suspect “a killing mechanism.”

“It’s really no different than strangling somebody,” he said.

When Jack Ryan, the use of force expert in the Smith case, saw the video of a Minneapolis officer holding George Floyd down – this time with a knee on his throat – he saw another violation of police training.

“Do you see similarities between this and the other case you were involved in here in Minnesota?” asked KARE 11 investigative reporter A. J. Lagoe.

“Well I do,” Ryan replied. “I see a similarity in the length of time and staying on top of – after restraint is accomplished.”

“All of the training says get off them as quickly as you can, move them into a position that facilitates breathing,” he said.

Credit: KARE 11
Use of force expert Jack Ryan says police must "get off them" as quickly as possible.

As part of the 2013 settlement in the Smith case, Minneapolis officers were supposed to receive additional training on how to properly restrain suspects.

“And it was my belief that Minneapolis was going to do retraining on that issue,” Ryan said. “I don’t know if that ever happened.”

After the video of George Floyd's arrest surfaced, KARE 11 asked the Minneapolis Police Department if that retraining took place. So far, the department has not responded.

Meanwhile, the Minneapolis Board of Peace Officer Standards and Training released a statement Wednesday. “The tactics displayed in the widely distributed bystander video do not appear to reflect the training that students receive when attending any of the institutions that make up our Minnesota Professional Peace Office Education System,” it said.

If you have a suggestion, or want to blow the whistle on government fraud, waste, or corruption, email us at: investigations@kare11.com.

RELATED: Two fired Mpls. officers had past history of complaints

RELATED: Reactions to the death of George Floyd