In opening statements, the issue of prone restraint – and whether it contributed to George Floyd’s death – became a central factor in Derek Chauvin’s murder trial. 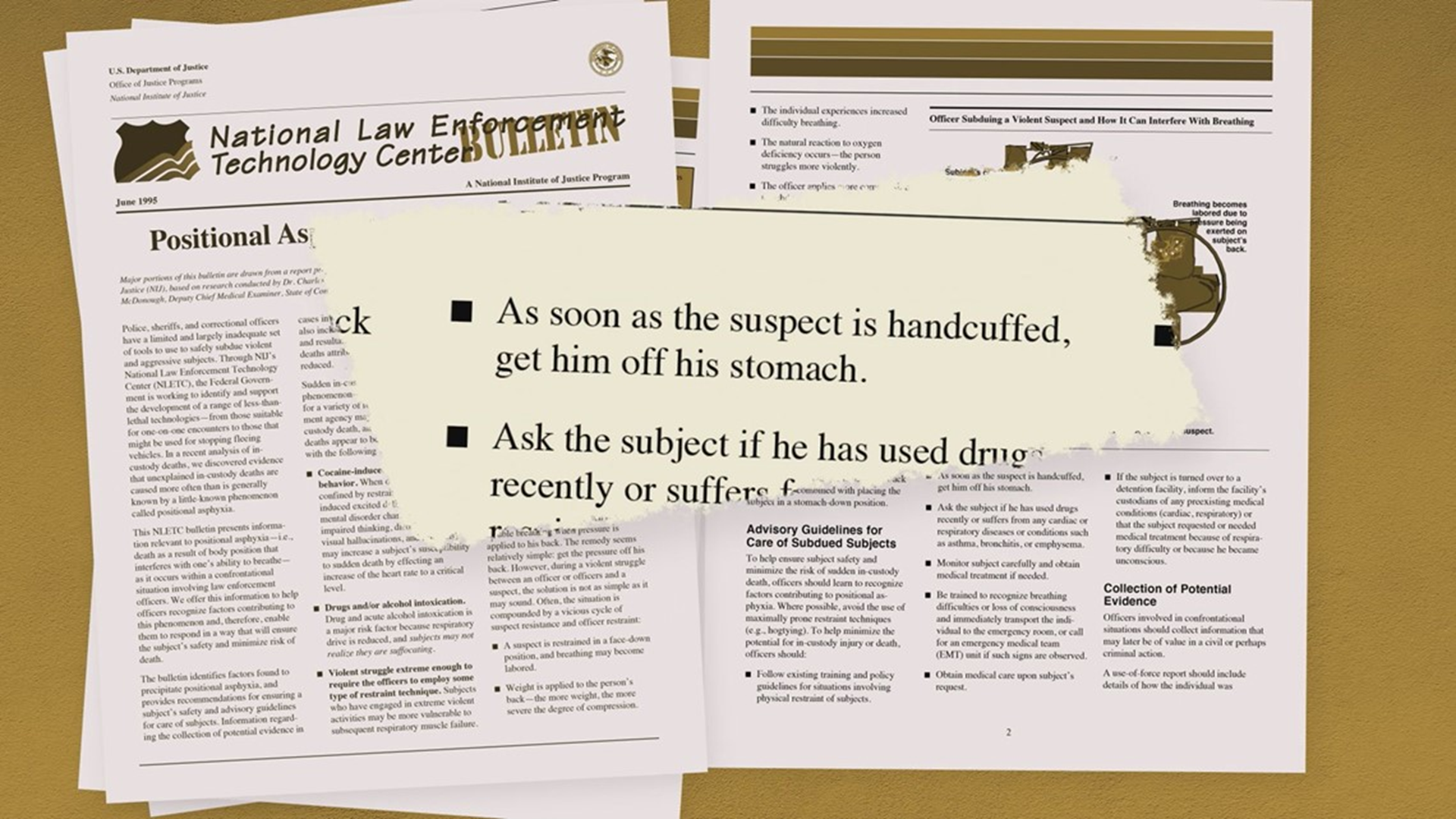 MINNEAPOLIS — In his opening statement, prosecutor Jerry Blackwell quickly focused on the length of time – 9 minutes and 29 seconds – that George Floyd was held prone, face down, in the street.

“Citizens who are under arrest should never be put in the prone position except only momentarily to get them under police custody or control,” he told the jury.

Prone position – or prone restraint – is about as common in policing as a badge or a gun. It involves getting someone to the ground and cuffing them, face down, with their arms behind their back.

Blackwell said the prosecution plans to call experts and show evidence they believe will prove that Floyd was held far too long in a position that often interferes with breathing.

The prosecution argues that former Minneapolis officer Derek Chauvin knew the position was dangerous – even deadly.

“The dangers of the prone position – putting people face down on the ground – have been know about in policing for over 30 years,” Blackwell said.

In his opening statement, defense attorney Eric Nelson told jurors that prone restraint was not the cause of Floyd’s death.

Instead, Nelson promised to show the jury evidence of Floyd’s past drug abuse, high levels of opioids found in his blood during an autopsy, and his underlying medical conditions.

“Dr. Baker found none of what are referred to as the tell-tale signs of asphyxiation,” Nelson said. In fact, he said the pressure on Floyd’s neck was not even enough to cause bruising.

“There were not bruises to Mr, Floyd’s neck – either on his skin or after pealing his skin back to the muscles,” he told the jury.

Chauvin’s defense attorney submitted an exhibit before trial showing a photo from a 2018 Minneapolis Police Department training manual which shows an officer placing his knee on a subject’s neck and shoulders.

Nelson claimed Chauvin did just as he had been trained.

A key issue may be what Chauvin did – or didn’t do – next.

For than two decades ago, a bulletin from the U. S. Department of Justice warned law enforcement that “as soon as the suspect is handcuffed, get him off his stomach” because of the “risk of positional asphyxia.”