The march began at the Hennepin County Government Center, where Chauvin's trial was held. 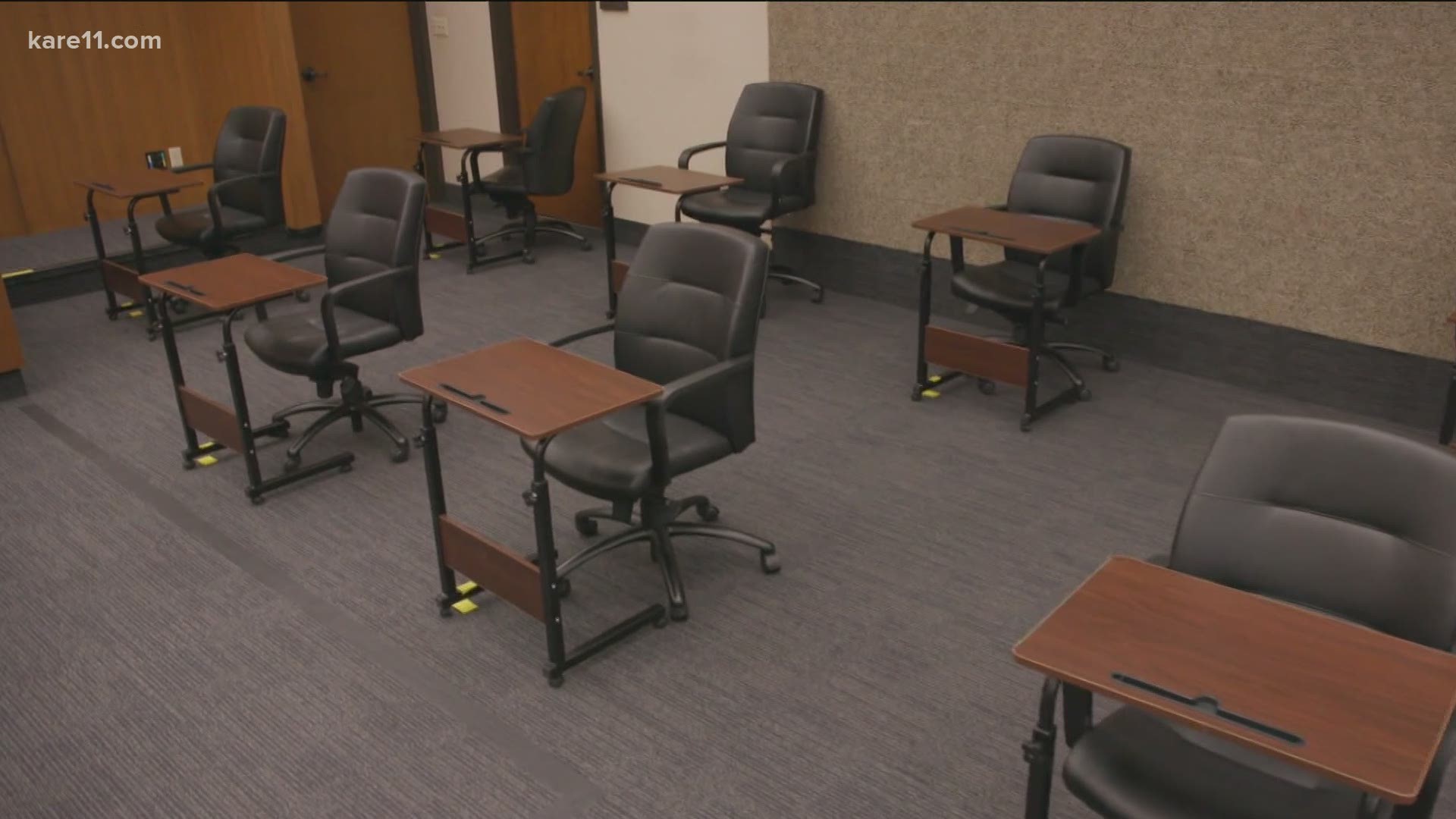 The crowd of demonstrators has stopped on 3rd Ave between 6th and 7th streets, near the Hennepin County Government Center. The crowd has begun to shrink and streets have reopened around the building.

Meanwhile, the Minnesota Judicial Branch announced that the jury in the trial of Derek Chauvin adjourned for the night at 8 p.m.

You can watch video of the march below.

With jury deliberations underway in the trial of Derek Chauvin, a crowd is marching in downtown Minneapolis.

You can watch aerial video of the rally and march below.

The march began at the Hennepin County Government Center, where Chauvin's trial was held.

Dozens marching through the streets of downtown Minneapolis Monday evening, now that the case is in the hands of the jury. #DerekChauvintrial @kare11 pic.twitter.com/UAGlEjY6i4

Meanwhile, Brooklyn Center officials announced a curfew from 11 p.m. Monday to 6 a.m. Tuesday. The city has announced similar curfews for the past week as crowds held nightly protests following the death of Daunte Wright.

As the jury deliberates in the trial of Derek Chauvin, a crowd of demonstrators are holding a rally outside the Hennepin County Government Center. Organizers say a march is also planned.

The event was organized by a coalition of more than 20 activist groups in the Twin Cities area.

MORE: Members of the National Guard keep an eye on the protest group from a perch atop the terrace of the Hennepin County Government Center, Monday Evening. @KARE11 @MPRnews pic.twitter.com/30PgpjXiRh

According to a press release from the coalition, demonstrators are calling for Derek Chauvin and the other three former Minneapolis Police Department officers charged in George Floyd's death to be given the highest possible charges and longest possible sentences.

The coalition also said demonstrators want the passage of Minnesota police reform bills, dropped charges against protestors arrested both last summer and during recent Brooklyn Center demonstrations, and the end of the "Operation Safety Net" and "Street Navigators" programs.

Due to the coming verdict, walkouts were also held by students at various schools across the state.

Scenes from outside the Hennepin County Government Center, now that the case is in the hands of the jury. @kare11 pic.twitter.com/3V2EEjujOw