The group created an idea to save these plywood murals – by turning a moment in time, into the preservation of a movement. 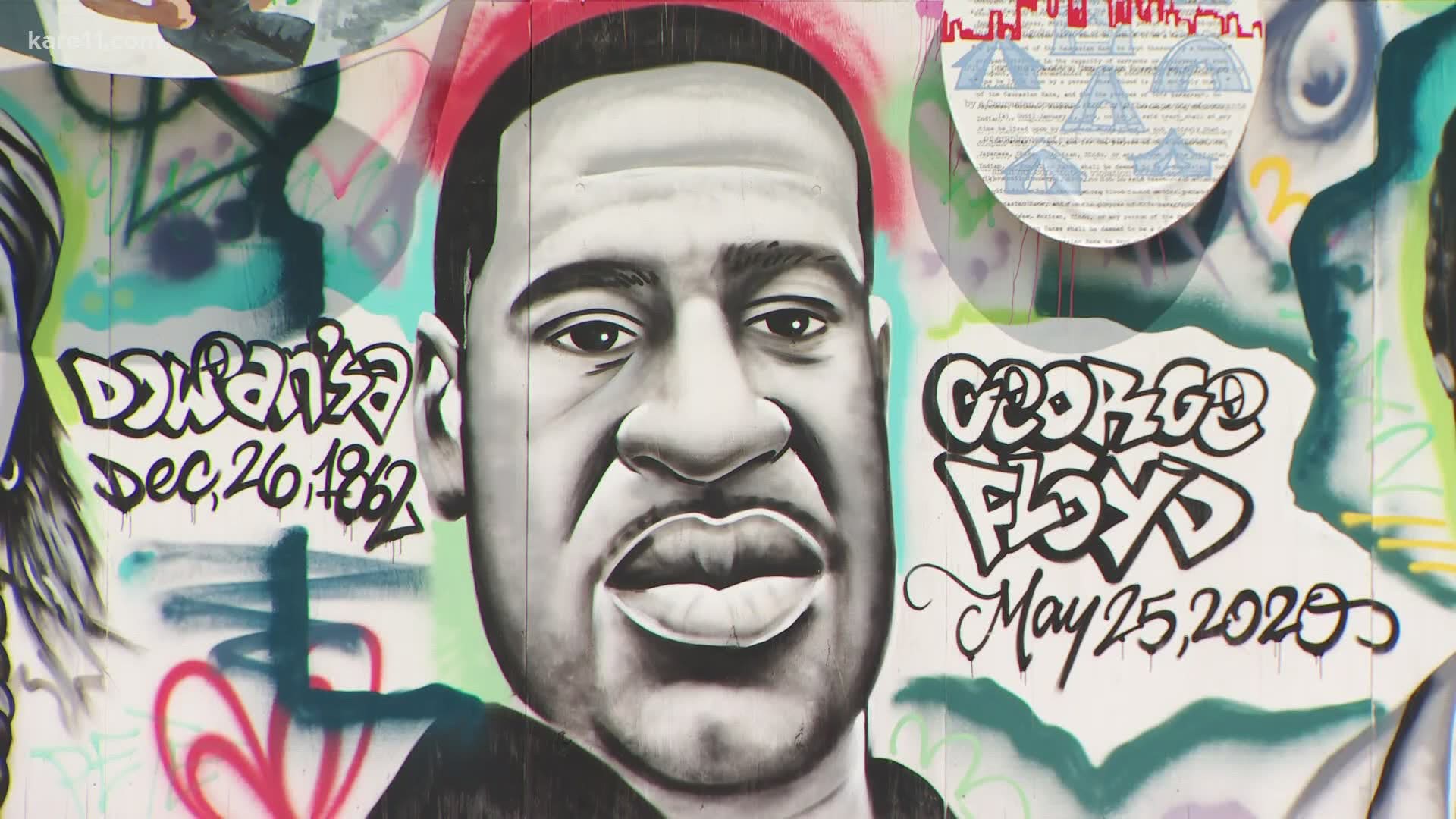 MINNEAPOLIS — A group in Minneapolis area are hoping to preserve plywood murals created in response to George Floyd’s death. Organizers with “The Save the Boards to Memorialize the Movement” project are raising funds to help store the boards for an exhibition project planned for next year on the anniversary of George Floyd’s death.

Pieces of artwork cover plywood boards posted on vacant building windows and boarded up shops. Leesa Kelly, an organizer with the “Save the Boards, Memorialize the Movement” project didn’t want these murals posted after George Floyd’s death to just disappear.

“This is more recent and it’s just a message of grief,” says Kelly.  “Right over here you can tell this is faded out.”

The group created an idea to save these plywood murals – by turning a moment in time, into the preservation of a movement.  “It’s a time to remember, I guess,” says John Holmes, from Minneapolis.  “This is who our city is, and this art should be preserved,” says Sarah Cooper -Evans, who lives in Minneapolis.

Organizers go around from board to board, asking for permission to take down the murals to preserve for this project.

The group is now fundraising for a climate controlled storage room, and supplies to store the artwork.

Kelly says the art to picking the perfect piece, centers around the message portrayed. “Someone wrote this and someone else responded to it, that’s really incredible,” says Kelly.

Allowing a place for a community to grieve, to heal and to reflect on this moment in history. “So sad but I also have this feeling that we are moving,” says Cooper-Evans. “When you piece together something like this and like that, you get the whole story,” says Kelly.

Kelly says organizers plan to collaborate with The Minnesota African American Heritage museum to create an exhibition to display the murals next May – for the anniversary of George Floyd’s death.

If you would like to contribute, they have a GoFundMe.