Experts say deadly force can't be used to fend off looters, unless they're also threatening to harm store employees. 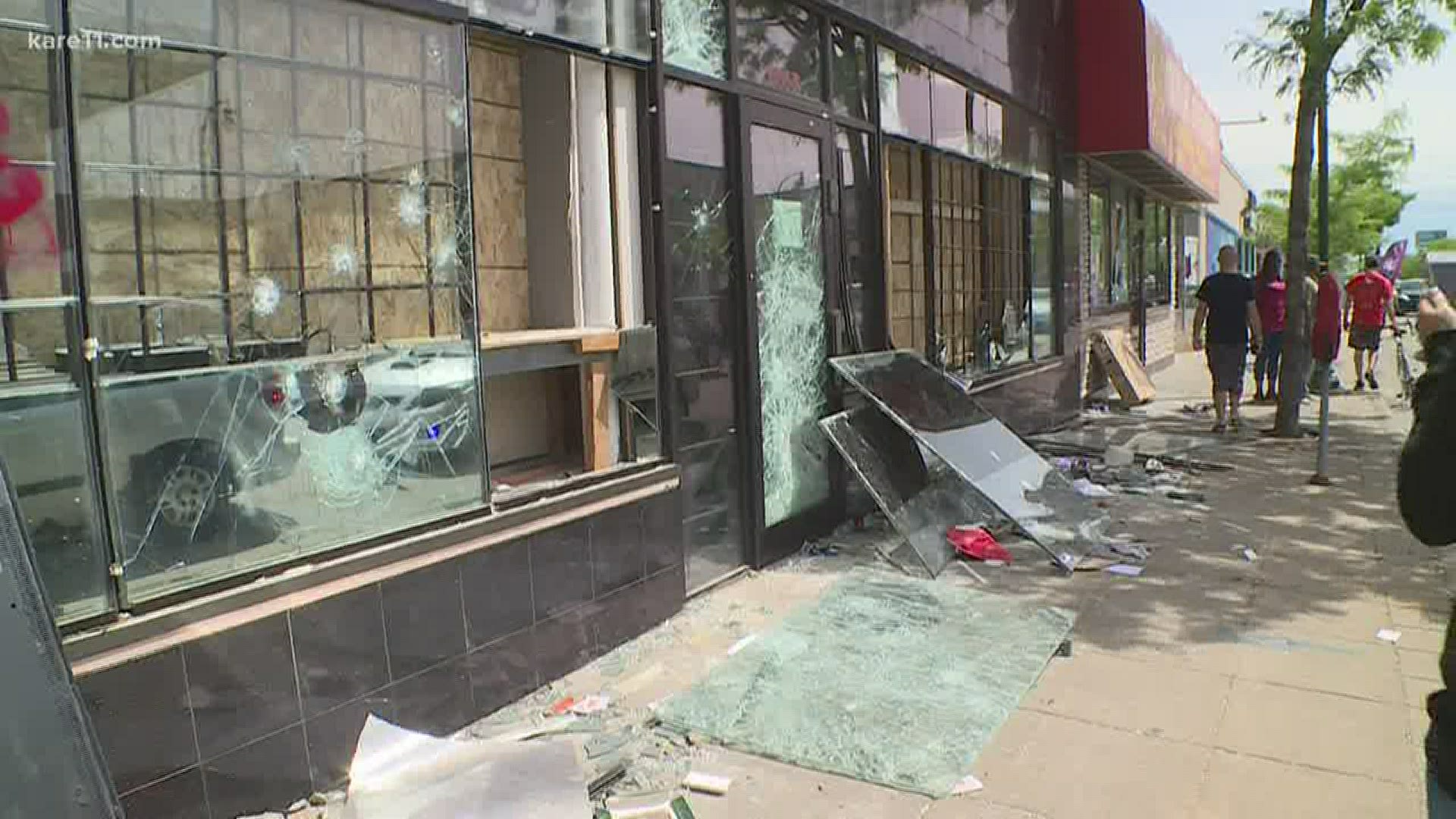 MINNEAPOLIS — Amid the chaos of burning and looting along Lake Street Wednesday night a man with a fatal gunshot wound was found on the sidewalk outside Cadillac Pawn and Jewelry.

A short time later police arrested a 57-year-old Wisconsin man who is listed in city records as the owner of that south Minneapolis store.  As of Thursday evening the man was still being held in Hennepin County Jail with charges pending.

The shooting led many to ask if store owners are justified shooting looters and other intruders during a riot or break-in. In other words, what are the odds the pawn shop owner will face consequences?

In short, Minnesota law says you can't use deadly force to protect property, but you can defend yourself if they're being threatened with bodily harm.

"You can use physical force to keep them out – that’s not an issue," criminal defense lawyer Joe Tamburino told KARE.

"But you can’t use deadly force just to stop them from breaking into the store."

For instance, store employees could physically fight off people trying to force their way into the business. But taking a life isn't one of the legal options.

The applicable state statute - Section 609.06 - lays out the ground rules in Minnesota for the circumstances where use of "reasonable force" is allowed. In most situations Minnesotans have a duty to retreat from an attack, unless it happens in their own homes.

"Now if they break into the store, and then they’re attacking you, that’s different. Then you have physical force against you, and you can defend yourself personally."

But Tamburino said the force a person applies in the defensive mode has to be comparable to the force the attacker is bringing to the confrontation. The law, and most juries, frown upon using a firearm against an unarmed person.

"If somebody is basically trying to wrestle with you, you can’t pull out a gun and just kill them. If somebody is coming at you with a firearm, and you have a firearm? Different situation."

It often falls to juries and judges to decide whether the person was acting in true self-defense or overreacted to the actual threat posed by the intruder.

"The law requires all force that is used to be reasonable," Tamburino explained. "It doesn’t mean that YOU think it’s reasonable. It’s that a reasonable person in your position would think it."

He said it takes actual evidence, or a set of facts - such as threatening words or punches - to justify deadly force. It can't just be a preemptive strike based on a mere perception of fear.