"We are not even demanding, we're going to be at the table," said Pastor Brian Herron. "We're not asking anybody." 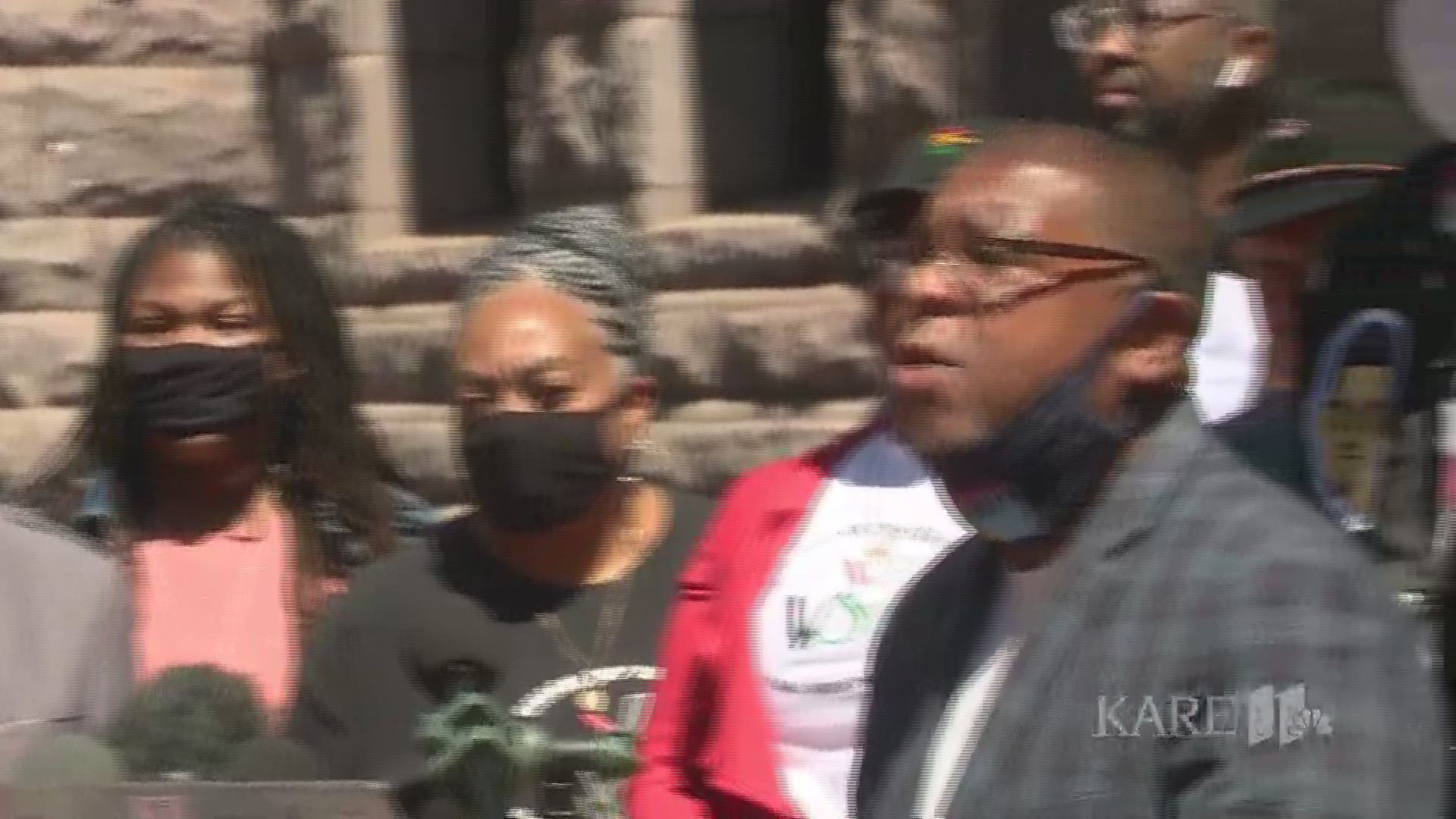 MINNEAPOLIS — A group of African American community leaders held a news conference Thursday in Minneapolis to show their support for Minneapolis Police Chief Medaria Arradondo, and to demand a "seat at the table" in discussions around police reform in the Twin Cities.

One after another, community leaders expressed their support for Arradondo and for Mayor Jacob Frey, amid calls from the Minneapolis City Council to defund the Minneapolis Police Department after the death of George Floyd. The group of speakers told reporters that no one from the city council has reached out to them to be involved in the discussion. 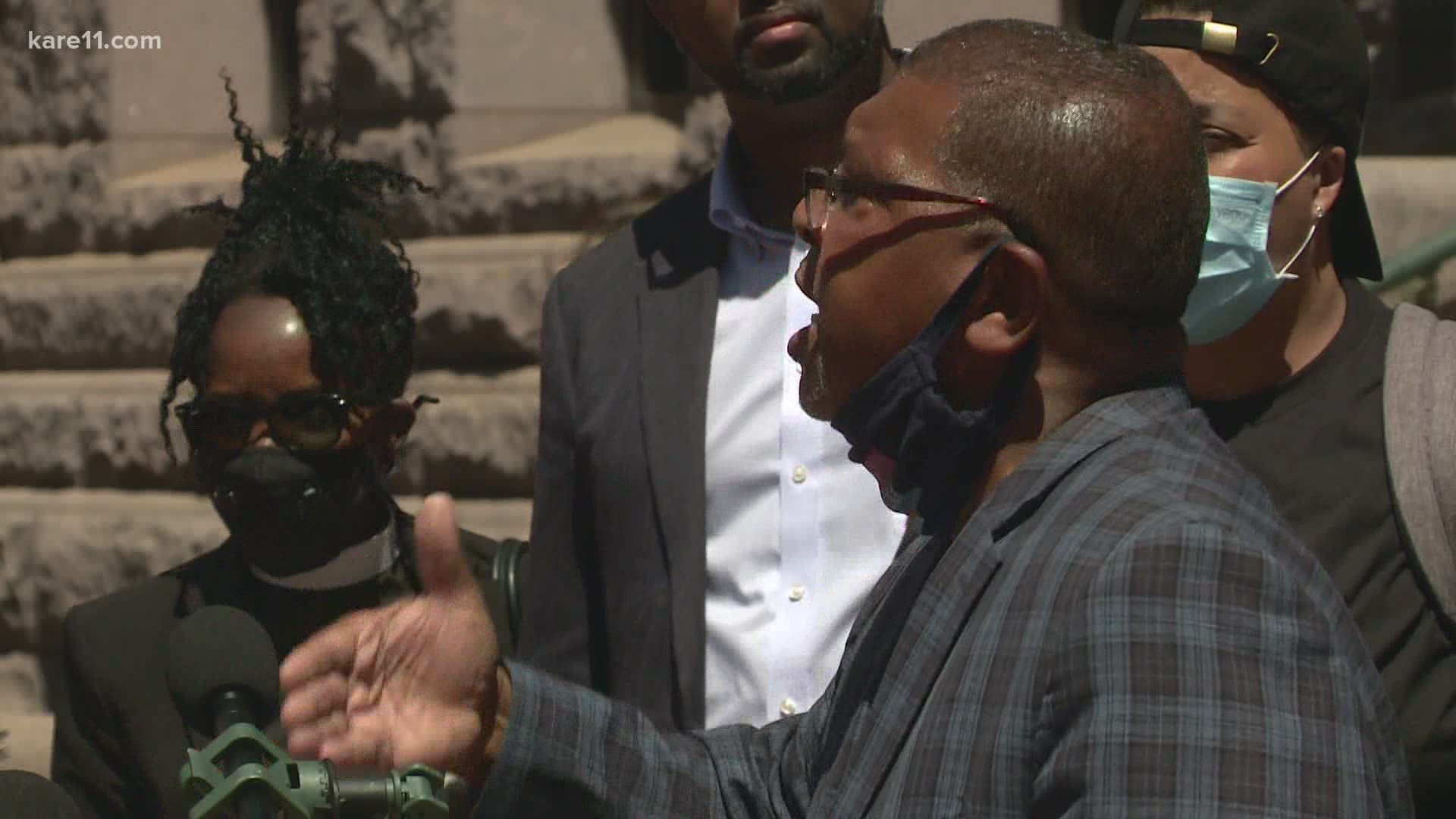 Leslie Redmond said that she once told Arradondo that she would be afraid to live in Minneapolis if he weren't chief.

"I said that because I knew that he is the first police chief to actually hold police officers accountable for murdering black people," she said.

Redmond argued that Arradondo is one of the best, if not the best, police chiefs in the U.S. She said that the African American community can both demand reform, and disagree with the city council's plan.

"We can say that we need community policing and say that we are going to work with the Minneapolis Police Department," she said.

Nekima Levy Armstrong said Arradondo "inherited a very racist police department" with a history of abuse toward the African American community. When Arradondo fired the four officers involved in George Floyd's death, she said, "That shows leadership. It shows courage. It shows commitment to our community and doing what is right."

"We are standing here to let Chief Arradondo know that he is not alone," Levy Armstrong said.

At the news conference, leaders praised Arradondo's Wednesday announcement that he was ending contract negotiations with the Minneapolis Police Federation, and called for the removal of federation president Bob Kroll.

New Salem Baptist Church Pastor Jerry McAfee also called on Mayor Frey to re-establish the civilian review board, and give it subpoena power, while the contract negotiations with the police federation are on pause.

Herron condemned the city council for what he called "political expediency" on the issue of police reform.

"It is political grandstanding at best and pandering at worst for people to talk about defunding the police department without having a plan," he said.

Herron emphasized that the African American community is not "monolithic," and everyone has different ideas and thoughts. The community needs the hand of a "surgeon," not a "butcher" in police reform, Herron said.

"We are not even demanding, we're going to be at the table. We're not asking anybody," Pastor Brian Herron said. "This is more than a press conference. We’re staking our claim and we’re saying, we ain’t going nowhere."

On Sunday, nine members of the City Council accepted an invitation to join Black Visions Collective and Reclaim the Block to commit to a process to reimagine public safety in our community. Central to our announcement was a commitment to a community engagement process to bring change. We look forward to hearing from every voice in the community, including those who have previously been at the table and those who are new to the conversation, particularly centering the voices of those most affected by community violence and police violence.